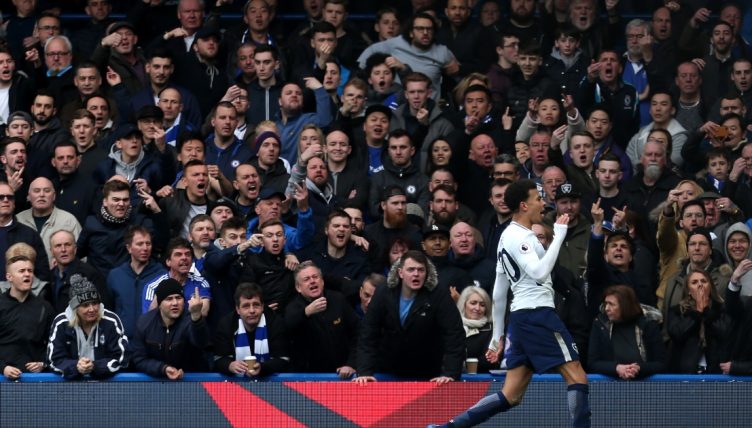 It’s one of football’s guiltiest pleasures – seeing the faces of supporters when opposition players are celebrating in front of them – and clubs such as Arsenal, Chelsea and Tottenham have provided classic examples of the genre in years gone by.

The Laws of the Game state that “while it is permissible for a player to demonstrate his joy when a goal has been scored, the celebration must not be excessive”, but who could forgive players for winding up supporters who’ve been abusing them beforehand.

After Reece James celebrated in front of Arsenal supporters during Chelsea’s 2-0 victory, we’ve selected some other classic photos of fans losing their shit at someone else’s happiness.

Your eyes are instantly drawn to that beard. We don’t blame you, it’s spectacular.

Or to the perfect illustration of couple goals towards the bottom right of the picture, with both parties gesticulating with one hand and holding their burger in the other.

But the real star of the show is the man holding his head in his hands. Rumours the image will form Arsenal’s new badge remain unconfirmed.

Keep an eye out for the Lord of the Rings extra giving Alli the finger.

This photo of Dele Alli getting abused by Chelsea fans after scoring is like a giant Renaissance canvas. The more you look, the more characters and possible back stories you discover pic.twitter.com/2a0RW1MKDe

“During my eight years there, something came into me,” Henry told l’Equipe in 2015. “I have learned the culture of this club… I learned to hate Tottenham.”

This picture demonstrated that hatred was mutual.

On this day in 2002 Thierry Henry done this iconic celebration in front of the Tottenham fans after scoring in a 3-0 victory at Highbury #Arsenal pic.twitter.com/hESS9NGAm7

“There is only so much abuse a man can take until he reaches breaking point. I was being abused by people who six months ago were singing my name.”

After scoring for Manchester City, Adebayor raced to the opposite end of the pitch and baited the travelling Arsenal fans.

The result is a masterclass of its kind. Like all great pieces of artwork, something new grabs your attention every time.

11 YEARS AGO TODAY: Adebayor pulled out arguably the greatest goal celebration the Premier League has ever seen.

Terry provoked this reaction wherever he played domestically, but this particular photo shows the east London branch of his fan club.

This wall of absolute fury is elevated by the presence of two of Terry’s relatives – who don’t refrain from joining in.

🗣 John Terry "My whole family are West Ham fans. I once scored a goal against them and when I went to celebrate in front of their fans, I saw my uncle and my father screaming and insulting me.” pic.twitter.com/XZCNddtCcm

Manchester United legend Rooney has never been a fan’s favourite at the Etihad, so their reaction to Rooney’s goal for Everton in 2017 was hardly surprising.

How do you really feel about Wayne Rooney, Manchester City fans? pic.twitter.com/XVUJaE7QMA

Not much segregation here, but shots of Liverpool fans celebrating Gerrard’s goal in the 2001 Merseyside derby are interspersed with some classic dismissive, flicked V-signs. 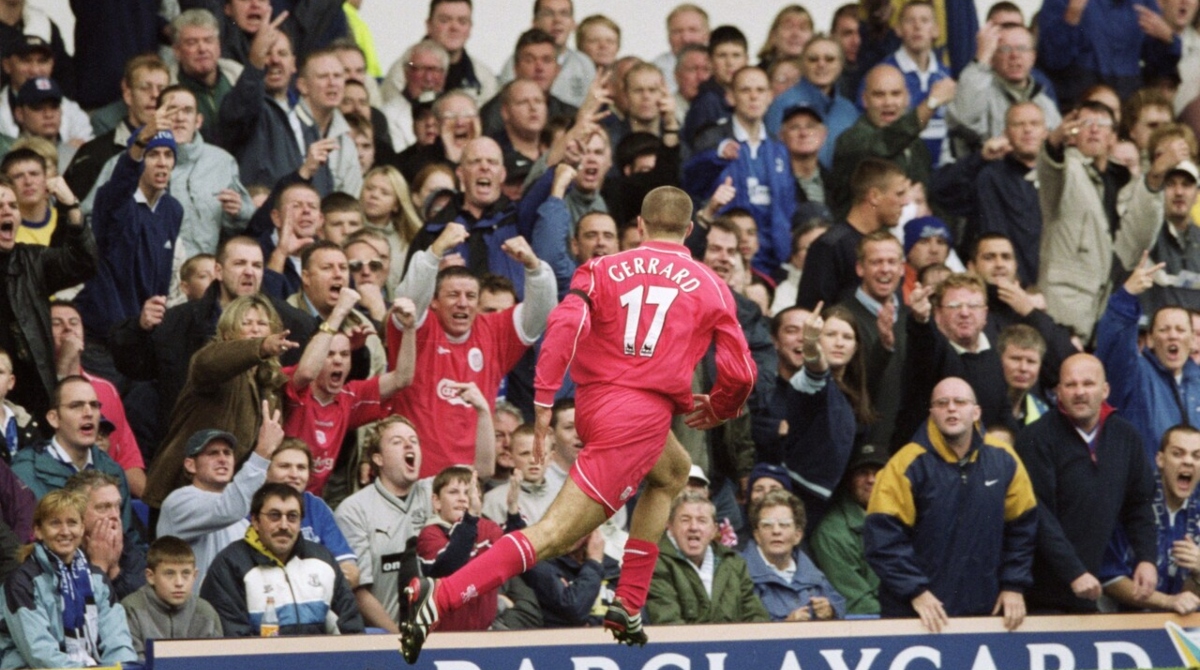