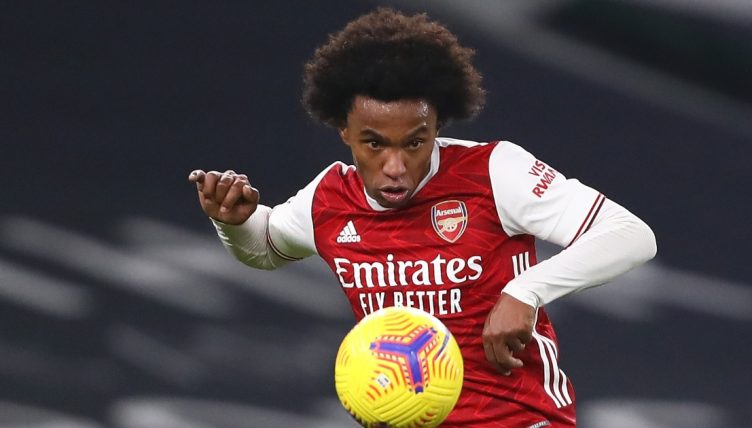 There is less than a week left for English clubs to strengthen their sides in the summer transfer window but for Arsenal, it will be a case of shipping players out rather than bringing them in.

Over £120million has been splashed on new recruits at the Emirates this summer, including £50million on Ben White, £30million on Martin Odegaard and £24million on Aaron Ramsdale, but Mikel Arteta’s squad is edging towards the bloated side.

A number of players have been linked with moves away from north London this summer and we take a look at seven who could still leave before the deadline.

Bellerin’s desire to leave Arsenal is well established with the Spaniard linked with various moves away from the club for over a year now, although nothing has yet come to fruition.

The latest report surrounding the right-back, courtesy of Football.London, suggests that Bellerin may be used as part of a swap deal that would see Kieran Trippier come to the Emirates from Atletico Madrid. Time is ticking, however.

Kolasinac is clearly not in Mikel Arteta’s plans. Kieran Tierney was brought in last summer as a new first-choice left-back and Nuno Tavares was signed this year to act as backup.

The Bosnian was sent out on loan to Schalke in January and added a relegation to his CV. With the Germans unsurprisingly now unable to afford him, it appears a move to Fenerbache is just around the corner.

Ozil and Kolasinac playing together again. Brings a tear to the eye, doesn’t it?

He proved a useful player for Arteta last season, playing at right-back and in midfield before departing for West Brom on loan, but it looks like the Spaniard is now willing to part with Maitland-Niles.

While interest in the player has not been widely reported, it did emerge that the Gunners offered Leicester his services as part of a bid to bring James Maddison to north London. It did not work.

However, it appears the club are still eager to move the academy graduate on this summer, one way or another.

Nelson was also offered as part of that bid for Maddison but, unlike Maitland-Niles, he looks likely to leave the Emirates via a different route before the August 31 deadline.

Crystal Palace are favourites to land the winger this summer with a loan deal reportedly in the offing once Nelson has put pen to paper on a new deal with the Gunners.

Runarsson was only signed in September 2020 but, after a few calamitous performances, his Arsenal career is now beyond repair already.

The 26-year-old was all set to join Turkish side Altay Spor at the end of July only for the move to fall through at the final moment.

However, it is clear the Gunners are happy to let him go and, with Aaron Ramsdale now on board, minutes in the Arsenal first-team will be non-existent.

Torreira’s deterioration at Arsenal has been sad to see. After his blazing performance against Tottenham in his debut season, it looked like he could have been the answer to their long-standing midfield issues.

But that has not proven to be the case. The Uruguayan is now eager to return to Italy after initially joining from Sampdoria, according to multiple reports, and Fiorentina appear to be closing in on his signature. Still, Arsenal fans will always have THAT performance.

Lucas Torreira gave us one of the best moments in the last few years. Hope he does well, wherever he goes. pic.twitter.com/AFxdfz8opG

Willian has not been a popular signing in north London. He joined off the back of scoring 11 goals and assisting nine more in his final campaign with Chelsea. So, on paper, not a bad acquisition by any means.

But after mustering just one goal in the entirety of 2020-21, patience among the fans ran out.

A move away now looks very likely before the window slams shut and, according to Fabrizio Romano, Brazilian side Corinthians have tabled an offer and are confident of landing the winger.