Seven footballers who have had bizarre brushes with the law: Marquez, Bravo… 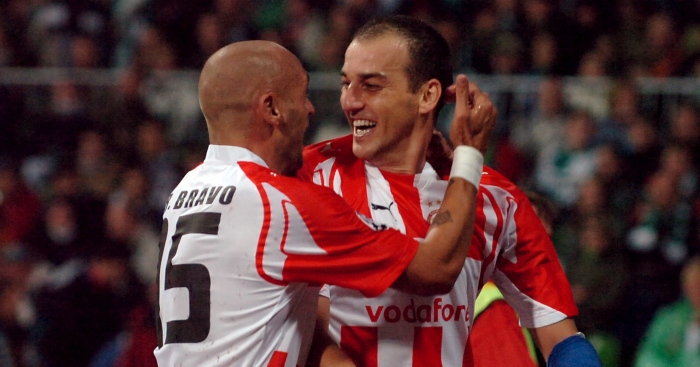 It’s not all that uncommon to see a footballer in bother with the law, but some players got themselves in trouble in some very unlikely circumstances.

There’s not much intrigue in an assault or drink-driving charge, but it can be strange to read a report of a criminal case and spot the name of a footballer we recognise.

We’ve taken a look at some of the strangest brushes with the police, going all the way back to the 90s.

Marquez was, to some people, a surprise inclusion in Mexico’s 2018 World Cup squad.

Not because, at 39 years of age, he was in the twilight of his career, but rather because he had been named in connection with alleged links to a drug trafficking organisation – a state of affairs which prevented him from playing in the US (where he had previously spent two-and-a-bit years in MLS) but not in Russia.

The former Barcelona man denied having links to such organisation, as was alleged under the Kingpin Act. He retired in the summer of 2018, after captaining his country at the World Cup, though his retirement was unrelated to the allegations.

Rafa Marquez has become the first player accused by the U.S. Treasury Department of being a frontman for an alleged drug cartel kingpin to see the field in a World Cup match. Unprecedented.

Remember Raul Bravo, who played for Real Madrid and Leeds at the start of the century?

Remember Darko Kovacevic, who played for Sheffield Wednesday and Juventus, and was also a team-mate of Bravo’s at Olympiacos?

Well, when the Serbian striker was attacked outside his home in Greece this year, Bravo was reported to have hired a hitman to attack his former colleague. The Spaniard denied the claims, saying  “It’s a crazy story, it’s nonsense”.

Back in September 2011, Breno had his career ahead of him, having played 18 times for Bayern Munich the previous season.

Then his villa burned down in suspicious circumstances, and he became the lead suspect.

The Brazilian was charged with arson, sent to prison and eventually deported. Since his release, he has been able to rebuild his playing career back in his home country.

Widely seen as one of West Ham’s biggest transfer flops, Savio’s career took a bizarre and sad turn in 2012.

According to reports at the time, the German was arrested in Thailand for allegedly attempting to extort money from his family using a fake kidnapping story.

After spending time playing his football all over the world, including spells in Kazakhstan and Bulgaria, he is now back in Germany.

Cantona is the only player on this list to find himself behind bars for something he did on the pitch.

Yes, no prizes for guessing what. In addition to his lengthy ban from football, the French forward was handed a prison sentence for his attack on a Crystal Palace supporter at Selhurst Park.

However, following a release on bail, the charge was later changed to 120 hours of community service. He spent just a few hours behind bars while waiting to make bail.

One of English football's most iconic moments? pic.twitter.com/NvsxzkOusE

There probably aren’t too many ex-Premier League footballers who have been subject to extradition orders in recent years, but Viafara is one who fits the bill.

The Colombian midfielder spent about three years in England, playing for Portsmouth and Southampton, before retiring in 2015. In 2019, however, he was arrested on drug trafficking charges.

Another Colombian international, Higuita is best known to English audiences for his scorpion kick, but the 1995 stop from Jamie Redknapp’s shot came not long after his release from prison.

Higuita was arrested for his involvement in a kidnapping which also involved Pablo Escobar, specifically for delivering a ransom payment and receiving payment for his services. According to reports at the time, he received a five-figure sum at a time when it was illegal in Colombia for anyone to profit financially from anything relating to a kidnapping.

“The law goes against kidnapping, and everything around kidnapping. So we had to capture Higuita and put him in jail,” a spokeswoman for the prosecutor said at the time. Higuita missed the 1994 World Cup, having finished his sentence too late to regain match fitness ahead of the tournament.