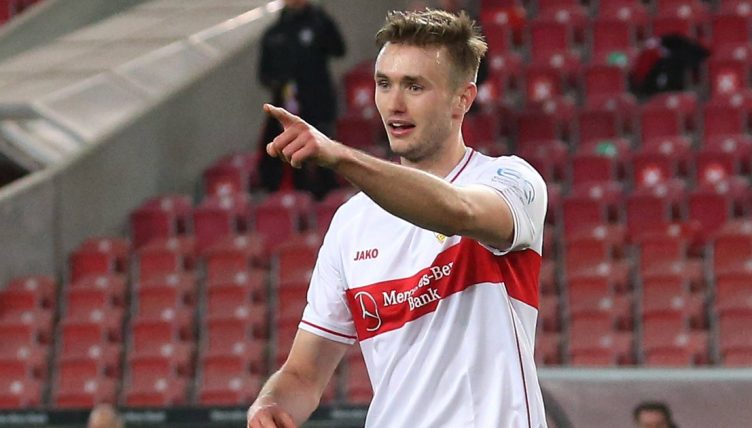 ‘Replace’ and ‘Harry Kane’ are words Tottenham fans won’t want to see in the same sentence. But given Kane has reportedly made clear his desire to leave the club, it is something the top brass at Spurs will need to be thinking about.

Kane has been Spurs’ top-scorer and leader of the attack ever since his breakthrough season in 2014-15. He has racked up 165 league goals and 33 assists in 243 appearances. This season, he has either scored or set up over 60% of Tottenham’s goals.

If he does leave, then, finding an adequate replacement will not be easy. But they will have to try. With Carlos Vinicius returning to Benfica at the end of this season, they may even need to bring in two central strikers to fill the gaping forward void.

How they go about that process will be key. Do they try to bring in a slew of new, slightly cheaper faces, like they did when Gareth Bale left the club in 2013? If so, they could try to sign a couple of strikers and a creative player to replace Kane’s assists. Or do they put all their eggs in the basket of a single superstar striker, splashing all or almost all of a potential Kane fee at once on someone who they hope will be capable of doing everything alone?

We’ve taken a look at seven of the potential options for the Harry Kane-shaped hole that may appear at the Tottenham Hotspur Stadium this summer.

According to Peterborough chairman Darragh MacAnthony, former Spurs boss David Pleat “did all he could” to convince Daniel Levy to sign Toney from the Posh in the summer of 2020. Instead, Spurs brought in Jorge Mendes client Carlos Vinicius on loan and Toney went to Brentford for £10million.

As Toney has banged in goal after goal this season in the Championship – he got 31 in 46 games – Levy may well have started to regret not listening to Pleat. But they could now be tempted to go back for him. It is notable that Toney has also provided 10 league assists, suggesting he could go some way to replicate the other side of Kane’s game too.

Still, signing him would require Levy to swallow his pride – something he doesn’t often appear willing to do – and represents a risk, as you cannot be certain that he will replicate his Championship form in the top flight.

Former Peterborough chairman Barry Fry told the BBC, Toney “has a burning ambition to be the best centre forward in the Premier League”. That may well be true, but Brentford reportedly want £35million for him. Would Spurs want to pay so much for a striker unproven at the top level?

Ivan Toney broke Glenn Murray's record when he scored his 31st goal of the season in Brentford's 3-1 win against Bristol City today ⚽️🐝pic.twitter.com/08uC5NAywF

Bamford has had a terrific season on his return to the Premier League, scoring 16 goals as he puts his spin on the lone-front-man role in Marcelo Bielsa’s hard-running Leeds team.

Though Bamford may not be quite on the same level as Kane, he would replace much of the leg work that Kane does, and a little of the creativity, too.

As Jurgen Klopp said earlier this season: “What a player, Bamford! I can remember people saying, ‘Leeds need a proper goalscorer, Bamford is not good enough,’ stuff like this. I’m so happy that he could prove them all wrong.

“He’s an exceptional player. The work rate is outstanding and he still plays the football he plays and scores goals. That’s rare. They have a lot of interesting players but Bamford I’m really happy for. I don’t know him but it’s a nice career, a little bit later than others but still very impressive.”

There is one complication, however. It is unclear just how long Bamford has left on his Leeds contract, with The Athletic reporting in May that Bamford signed an extension in secret last summer, with talks of a new deal in the offing too. If that is the case, then Spurs would have to pay a considerable fee. If not, Bamford could be a relatively low-cost and fairly safe option.

According to French sports daily L’Equipe, Tottenham are keeping an eye on Argentinian PSG striker Mauro Icardi in case Kane gets his move away.

Icardi has been prolific in Europe, especially at Inter Milan, where he scored 124 goals in 219 games. But he is coming off the back of a relatively poor season and can be utterly anonymous when things are not falling to him inside the box, as his performance against Manchester City in the Champions League semi-final showed.

He really does not look a natural replacement for Kane’s all-rounder profile and his transfer fee and wages would most likely be high. If Spurs are looking at Icardi as L’Equipe suggest, then you really have to wonder what their scouting department is up to.

Sweden international Isak had a difficult time at Borussia Dortmund as a teenager, but he has done well since a move to Real Sociedad in 2019. Still aged just 21, he has scored 16 La Liga goals this season.

Former AIK team-mate Chinedu Obasi once went as far as to describe Isak as “Sweden’s new Zlatan Ibrahimovic” and whether that is correct or not, he certainly has bags of potential. He is a fine finisher from short and middle distance with both feet and his head. The most assists he has ever managed in a season is six, which he got on loan at Willen II in Holland in 2018-19, but he could develop that side of his game.

Isak would not come cheap, but if Spurs could bring him in alongside an older, more experienced striker, he could prove a good long-term investment.

That's 7 in 6, and 6 consecutive LaLiga games with a goal for the young Swede 🙌 pic.twitter.com/pRHIULTRH5

The Chelsea striker is very much out of favour at Stamford Bridge under Thomas Tuchel, so could be available this summer.

Despite not getting in the team as much recently he remains the Blues’ joint top scorer with 12 goals in all competitions this season and has Premier League experience.

Like Isak, Abraham’s work outside the box leaves a little to be desired, which possibly explains Tuchel’s reluctance to play him in big games. But at 23, he has time to work on his all-round contribution.

The Austrian striker is the Bundesliga’s tallest player at 6’5″ and has drawn comparisons with former Spurs forward Peter Crouch. But having already scored 16 goals for newly promoted Stuttgart this season, he could develop into a more prolific player than Crouch was.

In addition to his goals for Stuttgart, he has three in three for Austria’s national team and is a useful link player, able to pass and create and hold the ball up using his considerable frame.

Earlier this year, Austria boss Franco Foda said: “In the beginning, you have always noticed what qualities he has, but now he has also been playing in front of goal, where a striker has to be. He has good anticipation in the penalty area. It was no coincidence that he scored these goals [in the World Cup qualifiers].”

Borussia Dortmund and Roma are reportedly interested in acquiring Kalajdzic’s services, so there would be competition for his signature, but Spurs would likely be able to offer better terms and the opportunity to play Premier League football. At 23, he would be a long-term option and is possibly the most similar in profile to Kane of all the options on this list.

Silva is one of just five players who have scored more than Kalajdzic in the Bundesliga this season, having netted 27 times in 31 games.

A move to AC Milan from his first club Porto in 2017 did not go at all well, but the same can be said for many a striker at San Siro in recent years. Silva has recovered from that and has helped Eintracht Frankfurt to a fifth-place finish in the Bundesliga this season by breaking the club’s single-season goal record.

Manchester United and both Atletico and Real Madrid are reportedly interested, so Silva is another who would not come easily or cheaply, but he is coming into his prime and can contribute to the team’s attacking play more generally, as he has often been asked to do for Portugal alongside Cristiano Ronaldo.

Ronaldo loves playing alongside his younger international team-mate and in 2017 said: “When I retire, Portugal will be in good hands because they have already found a great striker: Andre Silva.“