7 transfers that were aborted due to fan pressure: Arnautovic, Ronaldo… 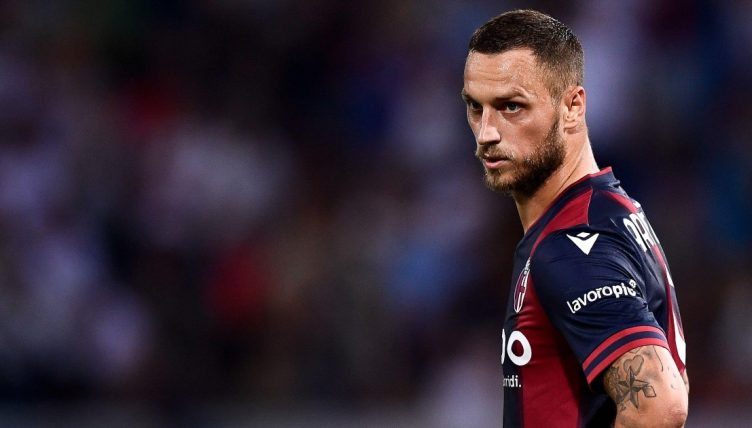 It’s often said that football supporters only care about their side winning but, on some occasions, fan pressure has made clubs like Liverpool, Manchester United and PSG think twice about their new signings.

While many supporters can overlook their player’s personal shortcomings if they’re banging in the goals or winning trophies, some potential transfers are just a step too far.

And it works both ways; there have been instances where a player has decided to stay at a club following fan protests about their potential departure.

We’ve identified seven prospective transfers which were ended because of fan protests, ranging from world-class stars to the most unpopular footballers of their generation.

Manchester United’s desperation for a new striker in the summer of 2022 led them to Arnautovic and a £7million bid was rejected by Bologna.

While Arnautovic, formerly of Stoke and West Ham, was keen on a move to United, their fans were aghast at the prospect of the Austria international moving to Old Trafford.

Not only was Arnautovic getting on, but the 33-year-old had been involved in a string of racist incidents during his career leading to a number of supporters directly emailing chief executive Richard Arnold in protest.

The move even achieved the impossible and rendered Gary Neville speechless. “I don’t know, I have no comment,” Neville told Sky Sports when asked about United’s approach for Arnautovic.

“I’ve got a comment on everything in the world apart from Man United trying to sign Marko Arnautovic, I’ve got nothing to say.”

Ronaldo has spent the last two decades pushing the boundaries of goalscoring to newfound limits but, when he expressed his desire to leave Manchester United in 2022, there wasn’t exactly a clamour for his signature.

Chelsea boss Thomas Tuchel turned down the opportunity on having a premium gun-for-hire as his main forward, while Bayern Munich published two statements distancing themselves from the 37-year-old.

La Liga stalwarts Atletico Madrid were linked with Ronaldo, only for their supporters to come out in strong opposition against the signing of a player that had tormented them while playing for city rivals Real.

“In light of the possibility of signing Cristiano Ronaldo, if it is more than a simple rumour without any basis, we express our absolute rejection of his hypothetical joining of our club,” a statement from the Union Internacional de Penas Atletico de Madrid read

“The aforementioned player represents the antithesis of the values that constitute the hallmarks of our Atleti, such as the effort, generosity, modesty and humility of those who want to defend our values.

“Even in the highly unlikely hypothetical case that a player in steep decline such as Cristiano Ronaldo could guarantee us a trophy, we wouldn’t accept his signing.”

And, if that wasn’t clear enough, Atleti fans paraded anti-Ronaldo banners during a friendly with Numancia. That’s him told.

This is getting serious..

Gerrard wanted to leave for Liverpool for Chelsea in 2005, only to re-consider once Kopites started burning his shirt on the streets of Merseyside… 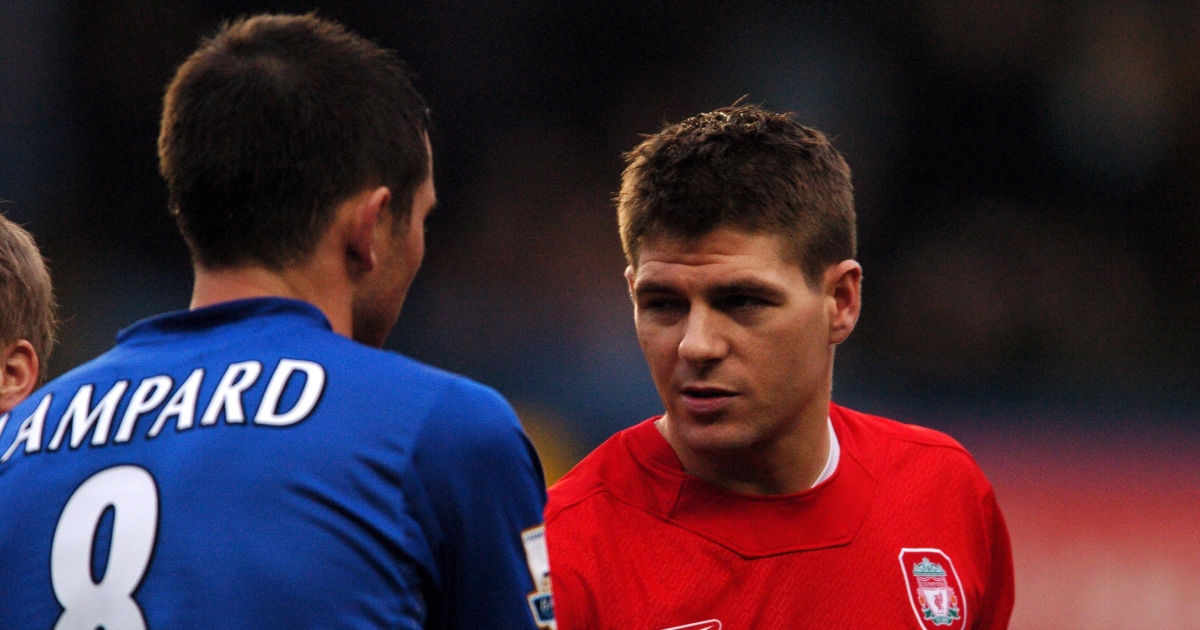 READ: Seven star names who didn’t get their big move away: Gerrard, Rooney…

Pogba was frequently linked with a move away from Manchester United during his second spell at the club but his immense ability and World Cup winner’s medal meant nothing to angry PSG fans in 2021.

With rumours circling of a £43million bid for the France international, one set of PSG supporters hung banners outside the club’s training ground and Parc des Princes that read: ‘Pogba, you should listen to your mother. She doesn’t want you here, neither do we’.

The midfielder hails from the town of Lagny-sur-Marne, which is around 22 miles from the centre of Paris, but is reportedly a Marseille fan and that meant PSG supporters protested against any potential transfer.

Pogba stayed at United before returning to Juventus on a free transfer in 2022.

He dived, he spat, he taunted injured opponents… it remains a mystery why Diouf was hated by almost everybody during his time in England.

Not that it deterred Sam Allardyce, who signed the former Senegal international at Bolton and Blackburn, from taking him on trial at West Ham in 2011.

Asked about the potential reaction at Upton Park, Allardyce said: “As most of the fans have taken to him everywhere else he’s been – they’ll love him. Dioufy is a quality player who West Ham fans will appreciate if they see him.

The Hammers were in the Championship at the time but, after some thought, fans decided they’d rather watch Freddie Piquionne toil upfront than see Diouf besmirch the famous claret and blue.

He wasn’t offered a contract, with Allardyce pointedly saying: “Obviously I had to bear in mind the situation at the club with the fans.”

The controversial forward signed for Neil Warnock’s Leeds within the year, a combination which seems just about right. 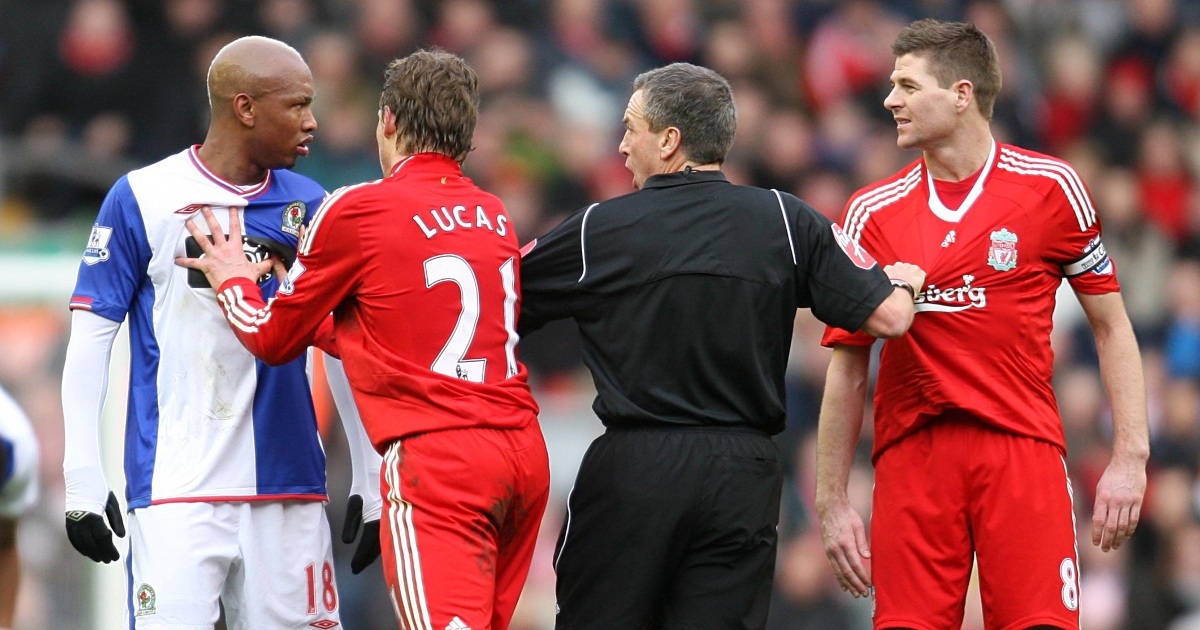 Given their reputation for ‘pwopa nawty’ antics, it’s surprising that West Ham supporters have protested against a number of perceived wrong ‘uns joining the club.

And, when they caught wind of Joey Barton joining the club in 2015, Hammers fans united against the prospect of the midfielder spouting Nietzsche and attacking team-mates on their watch.

The club had been keen to bring in the midfielder after his release by QPR and had even booked him in for a medical before fan pressure told.

“I’d like to wish the football club good luck going forward,” Barton said after the move was cancelled. “No hard feelings.”

He was rather less diplomatic in an interview with The Mirror a month later, saying: “My playing ability is good enough to cope in that league. But people then start worrying about the baggage and how I’ll contribute to the group or how I’ll react if I’m not playing, which is lazy on their behalf.”

And, in his 2016 autobiography, he wrote: “ A vocal minority of West Ham fans reacted like they were about to be represented by a serial killer.”

“That’s life and there’s no bitterness on my part,” he added unconvincingly.

Back in 2002, an era when the internet was dial-up and you could still smoke in pubs, Bowyer was one of the best goal-scoring midfielders in the Premier League and on the verge of the England squad.

So, when he handed in a transfer request at Leeds, it was no surprise that Liverpool made a £9million bid for his services that was accepted by the financially troubled Whites.

But contract negotiations between Bowyer and Liverpool dragged on, while fans became uneasy with the midfielder’s attitude to racism.

And his involvement in a highly-publicised trial surrounding the attack on an Asian student in Leeds – of which Bowyer was acquitted of GBH and affray – also increased the controversy surrounding his move to Anfield.

The move eventually fell through, with Liverpool releasing a statement saying: “Manager Gerard Houllier was not convinced the player had either the hunger or desire to play for the club, qualities which are essential for any Liverpool player.”

Bowyer moved to West Ham six months later where, true to form, fans protested against his signing outside Upton Park.

The 13 most unhinged players of the PL era: Repka, Lehmann, Di Canio…