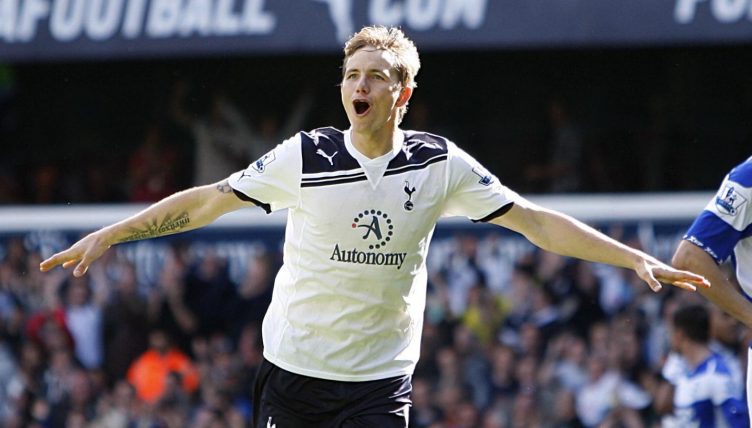 Tottenham have been through more than their fair share of odd players over the past 20 years and there are some former Spurs men you’ll be surprised are still playing professionally in 2022.

Not all of the men on this list are Spurs legends. In fact, far from it. A few of them could fairly be considered flops. But all have continued playing for a long time after leaving Tottenham, so they must be doing something right.

We think we remember Reto Ziegler being actually quite good for a while at Spurs, but we’re not entirely sure we haven’t made that up.

Anyway, after just a season in the first team as a teenager, he was loaned out to Hamburg and never really made it back.

After leaving Spurs in 2007, he spent most of his peak years with Sampdoria. He then weirdly spent four years with Juventus but didn’t play for them once, getting sent out on loan to Lokomotiv Moscow, Fenerbahce and Sassuolo instead. Nothing dodgy about that, we’re sure.

Now, after a spell in MLS with FC Dallas, he’s back in his native Switzerland with Lugano, who play at a ground wedged beautifully between the Alps and Lake Lugano on the Swiss-Italian border. Decent work if you can get it.

We’re not sure what’s more difficult to believe, the fact that Boateng is still going with Schalke in the Bundesliga aged 35 or the list of clubs he’s played for since leaving Spurs in 2009.

In fact, we’ve just had another look at the list and it’s definitely that. How the heck he ended up at Barcelona in 2019, we’ll never know.

Super Pav was no spring chicken when he signed for Spurs in 2008, but fast forward 14 years and he’s still turning out in the Russian third tier for Znamya Noginsk.

He joined Znamya when they were an amateur side playing in the fourth division and for a while, he only played home games, which is brilliantly Sunday League.

But in 2020, Znamya were promoted and Pavlyuchenko went pro again. Aged 40, he’s still banging in the goals and still bundling into defenders.

Sandro is only 33, but you could be forgiven for thinking that he had packed it all in ages ago after the succession of terrible knee injuries that blighted the latter part of his spell at Spurs.

But after a couple of seasons in Italy and a short, unsuccessful spell with Goias back in Brazil, he’s now playing for B-SAD (yeah, really) in Portugal. He even scored on his debut.

He still wishes he’d never left north London in 2015, though. “[Leaving Tottenham was] the biggest regret of my career, completely,” he told the Guardian in 2020.

“I wish I could have played with Pochettino. He improved the players. He took Tottenham to another level. We take decisions in our lives that, if we knew what was going to happen, we wouldn’t take. I got it wrong. I got it wrong and I regret it.”

Former Tottenham midfielder Sandro with a late-game equaliser vs. Estoril.

Look how much it means to Belenenses SAD, who are in the last place of Primeira Liga. 🔵⚪pic.twitter.com/6hLsLyYFxc

Not only is Tom Huddlestone still playing football, he’s playing for Manchester United.

Well, sort of. Huddlestone is a player-coach for the United Under-21s, so it’s sort of a halfway house to his second career. But still, he’s getting paid to play football, so he’s worthy of inclusion here.

We imagine he hasn’t lost any of that divine passing ability (and he never really had any pace to start with, did he?), so it probably works out pretty well with all the sprightly young academy players making darting runs ahead of him.

Lewis Holtby is not even that old at 32, but it feels like an age since he was the bright young thing joining Spurs from Schalke.

He’d already got three Germany caps at that point, but he never kicked on at Spurs or on loan at Fulham and left for Hamburg in 2015.

After a couple of years back in England with Blackburn, he joined Holstein Kiel in 2021 and is still there, playing semi-regularly in the 2. Bundesliga.

One of the famous magnificent seven Gareth Bale replacements from 2013, we really don’t need to remind you how tragic Soldado’s Spurs sojourn was, do we?

We always had a soft spot for him though and it’s been nice to see the 37-year-old get a second (and probably even third and fourth) wind since leaving N17.

In 2020-21, he made it all the way to the Europa League quarter-finals with Granada and scored nine La Liga goals, which is more than he managed in his two Premier League seasons at Spurs combined.

He then joined Levante and was part of their relegation side, but has stayed on for a crack at the Segunda Division.

In 2020, he talked to The i Paper about his time in London and said: “It’s like a thorn in my side and it always will be as I wasn’t able to find a solution and give my best performance.

“A lot of times with [then-Granada coach] Diego [Martinez] here, when we’re talking about football and we discuss the Premier League, he says to me, ‘You’re still screwed up by the time you had there.’

“I couldn’t find my best level there and the more I think about it, the more it annoys me.”

TRY A QUIZ: Can you name Tottenham’s 30 most expensive signings ever?