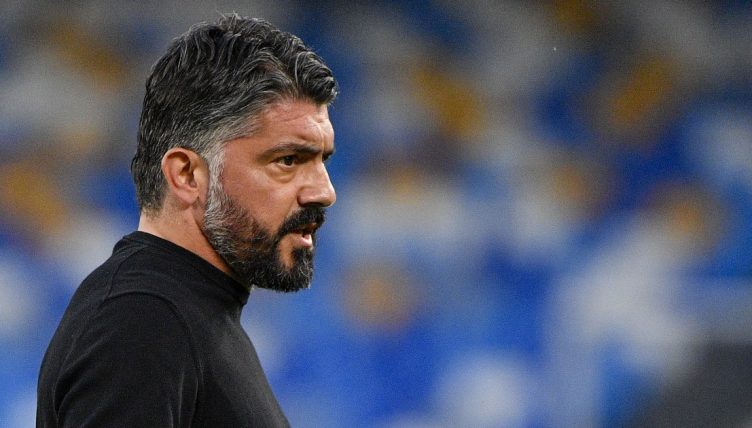 It’s easy to get disillusioned with the state of modern football. There’s an undeniable and not unreasonable sense that dedicated football supporters are treated as nothing more than consumers in the eyes of money-obsessed chairman.

However, there are plenty of notable examples in recent seasons that if fans band together and make their collective voices heard, it’s not impossible to achieve genuine change and force U-turns on ill-advised and unpopular ideas.

Here are 11 inspiring reasons not to get thoroughly depressed about football.

The former Milan midfielder was already an unpopular figure at Spurs, dating back to his infamous spat with assistant coach Joe Jordan back in 2011.

A dodgy history of homophobic and sexist comments didn’t help matters, which resulted in #NoToGattuso trending on Twitter after creditable reports suggested the Italian was holding talks, after he became available again following his falling out with the owners at Fiorentina.

Gattuso is said to be Spurs’ new sporting director Fabio Paratici’s number one choice for the vacancy, but no sooner than those reports emerged came an update that talks had been called off. Don’t let anyone tell you fan pressure is futile.

In 2016, Premier League clubs agreed to cap away ticket prices at £30 following a prolonged and widespread fan campaign, led by the Football Supporters’ Association, that used the slogan ‘twenty’s plenty’.

The aim, as the slogan suggests, was to cap tickets at £20, but the campaign did at least make some impact, bringing the prices down from the absurd quantities that were being charged before that.

The cap was extended for another three years in February 2019.

The European Super League plans were far from the first time Liverpool owners FSG have provoked the ire of Reds fans.

In February 2016, Liverpool announced some tickets for games at Anfield would be priced at as much as £77 from the following season. In the following home game against Sunderland, fans, including Jamie Carragher, stood up and walked out in protest in the 77th minute in protest.

Later that week, bosses John Henry, Tom Werner and Mike Gordon announced they had changed their minds and that the maximum price would stay at £59.

“The three of us have been particularly troubled by the perception that we don’t care about our supporters, that we are greedy, and that we are attempting to extract personal profits at the club’s expense. Quite the opposite is true.”

Surprise, surprise, it didn’t take that long for FSG to demonstrate that quite the opposite isn’t true. They don’t care about the fans, they really are greedy and they really are attempting to extract personal profits at the club’s (and taxpayer’s) expense.

In April 2020, Liverpool announced that they would make use of the British government’s Job Retention Scheme that covered 80% of the wages of workers left idle by the coronavirus prevention measures.

Fans and former players pointed to the £42million profit the club had made the previous financial year and the estimated £2billion personal wealth of its owners, rather animatedly suggesting that the furlough scheme wasn’t really meant to help the super-wealthy save a few quid.

Again, FSG swivelled on a sixpence. Again, they issued an apologetic statement.

“We believe we came to the wrong conclusion last week [duh, ya think?] to announce that we intended to apply to the Coronavirus Retention Scheme and furlough staff due to the suspension of the Premier League football calendar, and are truly sorry for that.”

Soon, the ‘truly sorry’ Liverpool owners were at it again. It was not only them this time, though.

Alongside their old mates Manchester United, Liverpool (the owners, not the fans – don’t come at us with all that ‘stop picking on my club’ bullshit) devised what was called ‘Project Big Picture’ in October 2020, which feels like three lifetimes ago.

The plan of FSG and the Glazers, approved by EFL chairman Rick Parry and the rest of the ‘big six’, was to grab all the power in English football for themselves in return for giving the EFL a £250million loan that may or may not have tided lower league clubs over until the various lockdowns finished and fans were allowed to return.

Despite the wonderful generosity of the ever-benevolent ‘big six’ owners – all they wanted was to ‘reinvigorate’ Football League clubs and their communities, don’t forget – the ungrateful peasants who follow the game were unsatisfied, revolting against their feudal football masters.

The fact the other 14 Premier League clubs were also against the plan perhaps weighed more heavily on this occasion, but there is no doubt fans’ protestations had an impact and influenced government reaction.

As the Football Supporters’ Association succinctly put it: “Very few of our members have ever expressed the view that what football really needs is a greater concentration of power in the hands of the big six billionaire-owned clubs.”

From metaphorical U-turns to several literal ones back in 2014, when Leeds were a basket case and all-round nutcase Massimo Cellino was about to buy the club.

In February of that year, Cellino, despite not having completed his takeover and having no actual power, decided to sack manager Brian McDermott.

Fan were incensed and went to Elland Road to protest, forcing a taxi that Cellino had called to take him back to his hotel to do several U-turns in the car park.

After a 5-1 derby win over Huddersfield the following day, which McDermott stayed away from, the actual owners GFH Capital announced that, as they were still technically in charge, McDermott had not in fact been fired.

That, though, was only temporary. Cellino eventually took charge of the club and McDermott was a dead man walking. He was replaced with unknown former Forest Green Rovers manager Dave Hockaday in June 2014.

Cellino has tried on numerous occasions to leave but fans keep chasing the taxi. Taxi driver has done about 20 circles or ER #nofuelsoon

That was not the first time Leeds fans had forced their club to change tack, however. Back in the 1980s, with the National Front presence at football grounds increasing, anti-racist supporters took the initiative.

The club had reacted to the NF recruitment drive around Elland Road by doing precisely nothing. But through a concerted campaign, and a brilliant fanzine, supporters forced the club to acknowledge the issue and take action.

We covered the full story here…

Monday night football has become a fixture of our viewing schedules in England. But let’s face it, football on a Monday night is a fucking abomination.

In Germany, though, fans have been less complicit than we have (and I include myself) in the march towards a football full of the rapacious neoliberal ideals which gnaw away at the game’s core ideals with insatiable appetite.

German fans are of course in the advantageous position of having the ’50+1′ ownership model, but that is not their only strength.

When, in 2018, the DFB told German fans they’d have to travel half way across the country to watch games on a Monday night because Fox Sports wanted more wonga, they told the DFB to do one.

Eintracht Frankfurt fans threw tennis balls onto the pitch, Borussia Dortmund supporters successfully boycotted a game. Others revealed banners and generally kicked up a right old stink. And they won. The DFB reneged on the deal, football on a Monday night was cancelled.

Not a surprise Borussia Dortmund and Bayern Munich didn’t go for the Super League in light of that, is it?

#Eintracht #Frankfurt supporters throw tennis balls and streamers onto the pitch in protest against Monday night games in the #Bundesliga. pic.twitter.com/UMVyjAsOQz

This is a general ongoing issue in Germany as much as it is a specific U-turn, but in 2015, protests against rising ticket prices were particularly pronounced at Bundesliga games.

Prices were going up across the board and treatment of fans was questionable in many grounds, but the most obvious manifestation was Hoffenheim charging visiting Borussia Dortmund fans €55 for a ticket. Dortmund fans boycotted and it had the desired effect.

Hoffenheim lowered prices and donated some proceeds from the tickets to a Dortmund charity. “We overshot the mark,” the club said.

This is not a club doing a U-turn, but it’s worth including as an example of how far football fan power – and collective action more generally – can get you.

In 2019 and 2020, millions of Chileans took to the streets to protest against the neo-liberal economic policies of president Sebastien Pinera, the horrendous costs of living across the country and stagnating wages. It was not all down to football fans, but they played a significant part.

Some of the biggest and most effusive demonstrations were sparked by the death of Jorge Mora, a fan of Colo-Colo, one of the country’s biggest teams.

Colo-Colo fans had already joined forces with fans of other clubs to protest in and outside stadiums when Mora was hit by a police van and killed while leaving his team’s stadium on January 28, 2020.

Protests ensued involving organised fan groups from all the major clubs and thousands of others. During the unrest, another Colo-Colo fan was shot dead by police, one of thousands to have suffered at the hands of police.