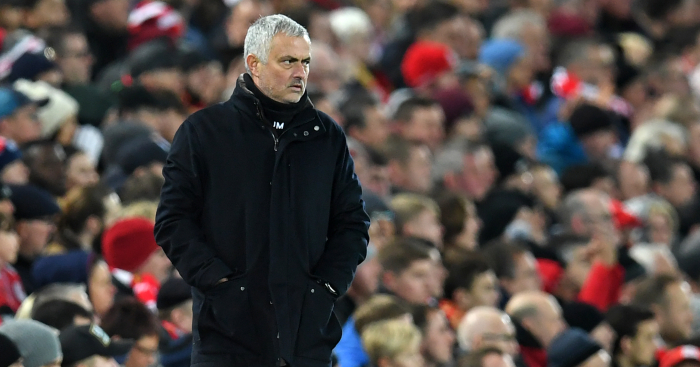 Jose Mourinho’s sacking by Manchester United has led to a host of revealing insights being published in the wake of the decision.

Mourinho was relieved of his duties as manager on Tuesday having overseen United’s worst start to a season in almost three decades.

We’ve rounded up some of the best revelations since reported in excellent stories from The Times, The Independent, ESPN and the New York Times.

A strained relationship with many members of his squad became one of Mourinho’s biggest issues at Old Trafford, with the friction between the Portuguese and Paul Pogba the most notable.

Pogba has failed to produce the type of form he has shown for Juventus and France on a consistent basis in Manchester, and the midfielder was clearly out of Mourinho’s plans come the end of his tenure in charge.

Both Rory Smith in the New York Times and Miguel Delaney in The Independent report that Mourinho had contact Ed Woodward to tell the executive vice-chairman that he had “tried everything” to get the best out of Pogba, offering both praise and criticism in public.

According to Delaney, this was the “sole issue” where Mourinho was granted some sympathy.

Pogba’s unhappiness under Mourinho was indicative of wider problems with the rest of the squad, with Delaney writing that “over 90%” wanted the manager sacked.

According to Paul Hirst in The Times, Nemanja Matic, Romelu Lukaku, Ashley Young and Marouane Fellaini were his only fans – although Delaney suggests “even previous loyalists and direct Mourinho choices like Romelu Lukaku were said to have given up on him”.

Delaney also reports: “One player stated that the situation was ‘the worst he had ever seen in 20 years of football’.”

Luke Shaw was another player who was regularly criticised in public by Mourinho, especially during the early part of his reign, and ESPN’s Rob Dawson reveals that the dressing room was left bewildered by the manager’s comments that the left-back had used “his body with my brain” after a good display in his first game in four months.

One of the most eye-catching anecdotes comes in The Times: “In text exchanges, some players often used four-letter words to describe him. When asked to describe Mourinho in a few words, one representative of a player said he was ‘a bit of a t***’.”

And Dawson reports that the players were “shocked” by the news of his sacking, but the general feeling was one of “relief”. 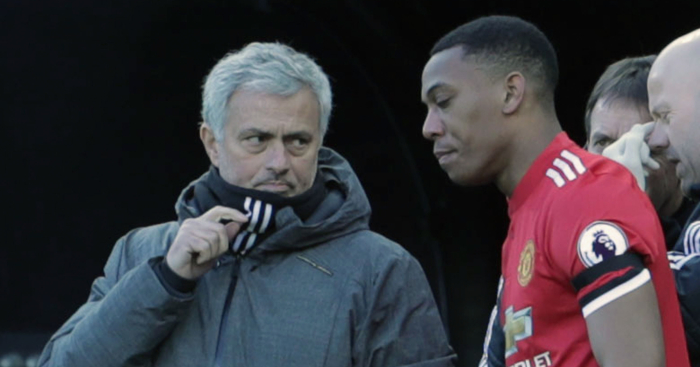 Hirst’s report in The Times paints the picture that Mourinho “did what he wanted” at United, with club officials reticent to confront the manager.

“When Mourinho turned up to the 60th anniversary memorial of the Munich air disaster wearing dark trainers with a garish white trim on them, and a hoodie under his club suit, some senior figures were appalled.”

Hirst later adds: “When he wanted his son, José Mario Mourinho Jr, to sit with him on the bench for the match against Swansea City in April, he made it happen, even though it bemused long-serving members of staff. ‘What is he doing here?’ one asked.”

After a turbulent few years following the retirement of Sir Alex Ferguson, Mourinho was tasked with restoring United to their former glories under the Scotsman.

But the legendary manager ultimately was left to express his reservations about the direction of the club after United were knocked out of the Champions League last season having lost 2-1 at home to Sevilla.

“Sir Alex Ferguson is said to have always had misgivings about the Portuguese succeeding him,” writes Delaney in The Independent, “and told United officials shortly after the Sevilla defeat in the Champions League last season that ‘something has to change’.” 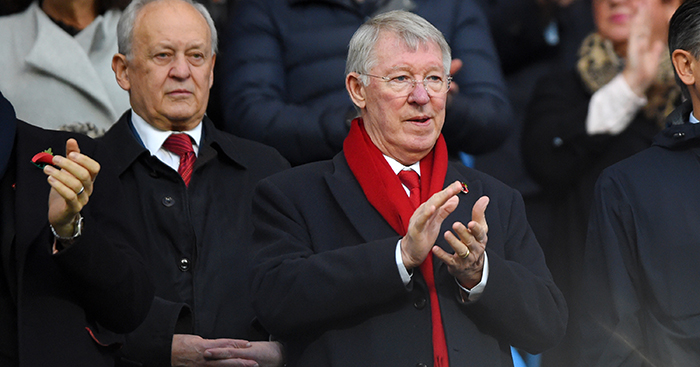 READ: Football Manager sims how Man Utd would fare with Fergie back in charge

If Mourinho’s relationship with Pogba was under intense scrutiny, the same can only be said about his role under Woodward.

According to The Times, the duo worked together relatively smoothly in Mourinho’s first two seasons at the club, with the only slight grievance stemming from Woodward’s refusal to pay £45million to sign Ivan Perisic from Inter in the summer of 2017.

But things quickly soured in the summer of 2018, when Woodward refused to back Mourinho in the transfer market by signing a new centre-back.

Hirst writes: “By the end of the tour (to the USA in pre-season), Mourinho was sitting in reception at the St Regis Bal Harbour hotel, Miami, shouting: ‘This is shit, this is shit’, down the phone.”

As a result of the deterioration in their relationship, both sides began leaking information to the media in contradiction of each other – most notably with regards to Anthony Martial’s future at the club.

And Mourinho also expressed his concerns about Woodward’s dealings with super agent Mino Raiola, with a source telling The Times: “Ed really did get in too deep with the devil when he started working with Raiola.”

While it actually came as a surprise that Mourinho was sacked in December rather than at the end of the season, it is said that Woodward came close to sacking him in October.

Hirst’s piece is one of the more illuminating published, and he goes into detail about Mourinho’s frustrations regarding the organisation of the club, of which there were many.

According to his report in The Times, close friends had warned Mourinho against taking the job in the first place due to fears that some aspects of the club “had not been modernised since Ferguson’s departure”.

And Mourinho reportedly “hated” the club’s scouting structure, complaining that despite all their resources, they failed to spot Harry Maguire’s potential when he was at Hull City, with the club baulking at Leicester City’s asking price for the centre-back after he had starred for England at the World Cup.

Mourinho also clashed with the medical department, communicating via email and not speaking to some senior members face to face in 18 months, while he was also unhappy with their communications arm.

“He was left to be vilified,” one source told The Times with regards to the criticism he received from former players.

And Dawson expands on this in his ESPN report: “In May, Dwight Yorke gave an interview suggesting United would have won the Premier League title with Pep Guardiola in charge.

“On reading his comments, Mourinho tried to get Yorke removed from his role as club ambassador. The club declined.”

According to The Times, Mourinho held an initial mistrust of United’s fabled Class of ’92 when he first took the job, which saw Ryan Giggs leave the club having previously held the role of assistant manager under Louis van Gaal.

“Woodward was keen to keep Ryan Giggs on,” Hirst writes, “but Mourinho vetoed the idea because he did not think the Welshman was a man he could trust because of his extra-marital affair with his brother’s wife.”