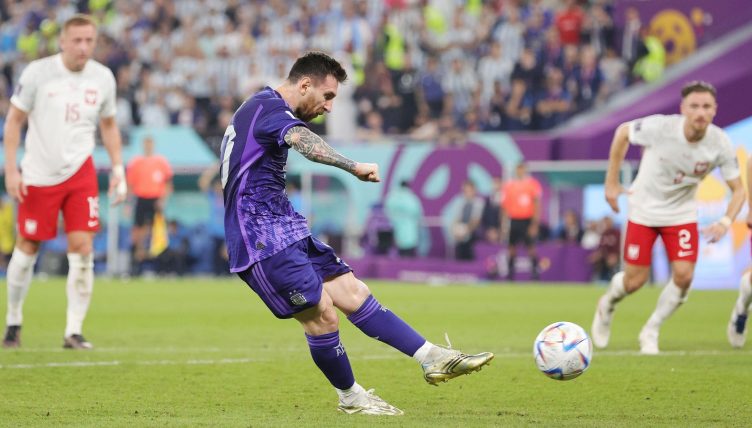 Lionel Messi is commonly acknowledged as a footballing genius but he equalled an unwanted record during PSG’s Champions League match with Real Madrid in February 2022.

Messi, who has a staggering 679 goals in 799 matches, saw his second-half penalty saved by Thibaut Courtois which means he’s now missed five of his 23 spot-kicks in the competition – drawing him level with his former Barcelona team-mate and Arsenal legend Henry.

“In these kinds of games you know that, as a goalkeeper, you’re going to have quite a bit to do,” Courtois told BT Sport afterwards.

“I’d studied Messi’s penalties a lot and I tried to play with him when I was on the line. You’ve also got to have that little bit of luck, too.”

Despite being arguably the greatest player of all time, Messi has often proved fallible from 12 yards. That was once again shown to be the case during Argentina’s crunch clash with Poland in the World Cup, when he saw his spot kick saved by Wojciech Szczesny.

Fortunately on that occasion, it proved not to be costly, with Argentina going on to win 2-0 and progress to the knockout stages. But the 35-year-old has missed some significant penalties in his time.

“I would like to be more effective from the penalty spot,” Messi told Catalunya Radio back in 2018.

“But it’s difficult to work on penalties. It’s not the same taking them in training as it is in a game. You can have an idea in your head or something you have worked on, but it’s more difficult than it seems.”

We’ve delved into the statistics and have broken down Messi’s penalty record across his entire 18-year career.

Wojciech Szczesny has saved his second spot-kick of the tournament 🤯🔥 Wow.#BBCWorldCup #FIFAWorldCup2022 pic.twitter.com/GolmxSmbrM

Most penalties scored in a single season