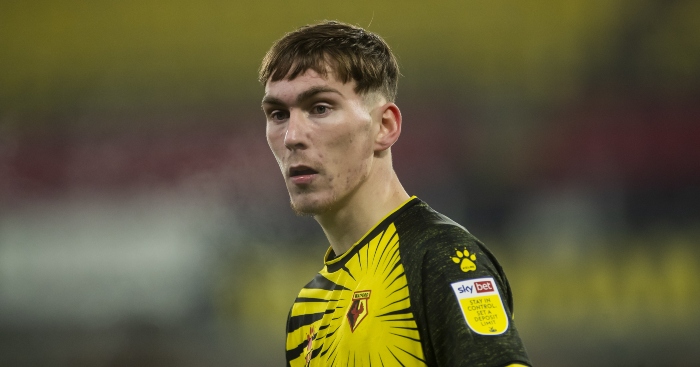 Manchester United loanee James Garner continued to enhance his reputation with an impressive performance in Watford’s 3-2 win over Coventry.

Garner, who joined the Hornets on loan from United to gain more first-team experience, has enjoyed a promising start to the season at Vicarage Road.

The midfielder earned rave reviews following his home debut and made his 10th Championship appearance against Coventry.

With Watford trailing 2-1, he set up William Troost-Ekong’s equaliser with a brilliant cross from a corner in the 66th minute before Ismaila Sarr completed the comeback.

He also showcased his excellent ability off the ball, making four interceptions, winning four duels and making one clearance for the Hornets.

We’ve rounded up a number of tweets from Watford fans that were impressed by the midfielder’s display.

James Garner is a breath of fresh air, fun to watch

James Garner is a beast at taking corners, change my mind

Garner standing out for me so far. Some great wing work too by Sarr. #WatfordFC