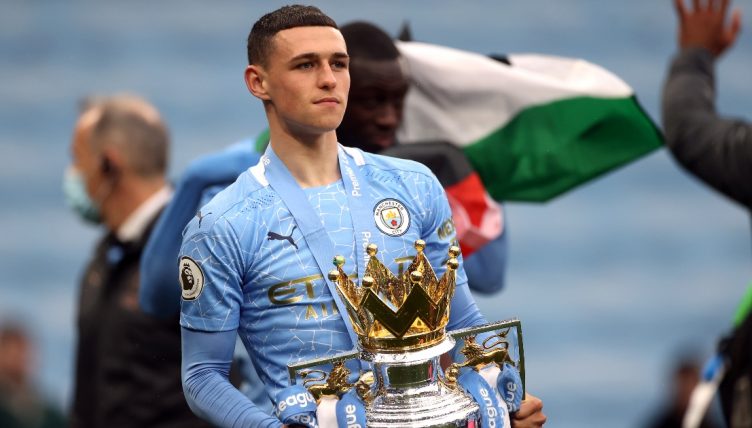 Plenty of Premier League players are currently strutting their stuff at the peak of their powers but the future is looking very bright as well.

Manchester City, Chelsea and Leicester all won silverware with a host of youngsters driving them forwards during 2020-21.

Phil Foden picked up the Young Player of the Year gong at the PFA Awards recently, but which other young stars have stood out this year?

The French goalkeeper showed how good he could be in the second half of the 2019-20 campaign as Leeds United made an impressive return to Premier League football.

He stepped up in place of Kiko Casilla for Marcelo Bielsa’s side as they finished top of the Championship and has carried his fine form into the top-flight.

Accurate distribution, some outstanding shot-stopping and 11 clean sheets. Big clubs from around Europe will soon be starting to make note of the 21-year-old. If they haven’t already.

Here we come, wading into the Trent Alexander-Arnold debate.

While Trent had a wonderful end to the 2020-21 campaign, we have decided to award consistency. Under both Frank Lampard and Thomas Tuchel, James has been excellent in the Blues’ wing-back role.

He will now be hoping to show what he can do with England at the Euros this summer. 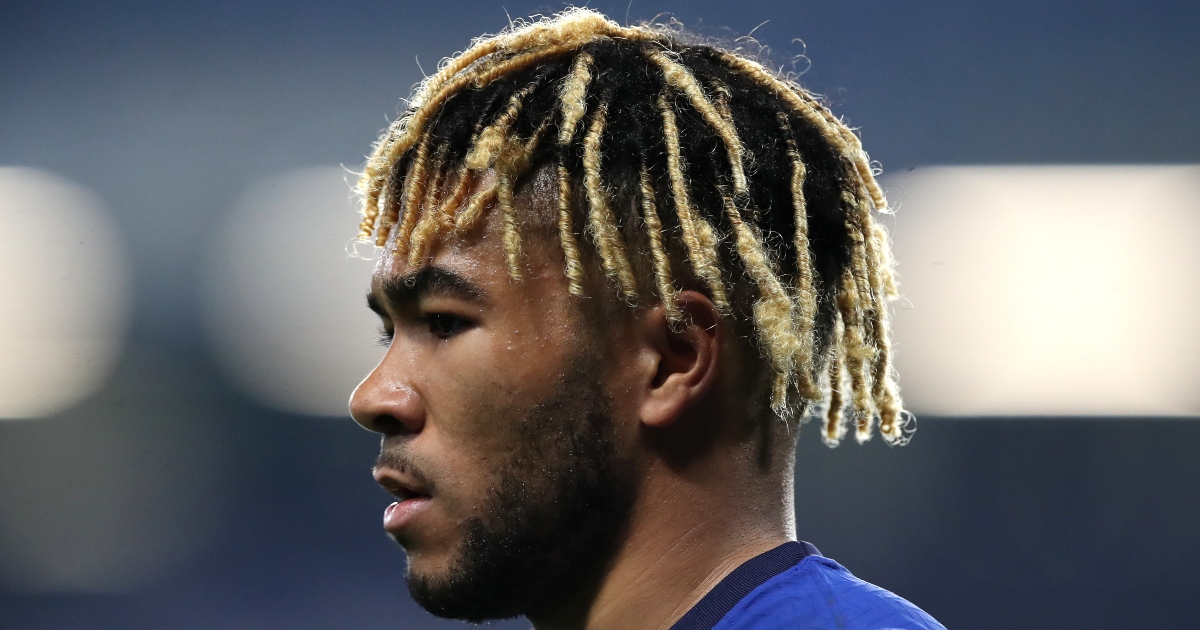 READ: Now it’s Tuchel’s turn to work with the king of the corridor of uncertainty

Leicester’s Premier League season may have ended in disappointment, but they did at least finish the campaign knowing they have a top defensive talent on their hands – as well as an FA Cup.

Fofana starred in 28 of their Premier League outings in 2020-21 and looks set for an even bigger role next season.

Alongside Jonny Evans and Caglar Soyuncu, he formed one of the most impressive defences in England and Brendan Rodgers will be desperate to keep him for many seasons to come.

Struijk makes it an Elland Road double in this Under-23 team of the season.

Injury troubles at the back throughout the campaign for Leeds meant the 21-year-old found himself in the starting XI far more frequently than he or anyone else affiliated with the club would have expected. 22 times in fact.

But in those games, playing as both a centre-back and a defensive midfielder, he improved steadily and by the climax of the campaign was starting to put in some consistently impressive displays.

Much like Struijk, he found himself thrust into the pressure cooker for the Foxes after James Justin was ruled out for the season through injury and Ricardo Pereira continued to struggle for fitness.

A stunning goal against Manchester United in the final weeks of the season was the crowning moment for the 20-year-old, and he will no doubt prove fierce competition for Justin in the future.

The young Hammer looks set to star for England at Euro 2020, and he can thank his impressive performances throughout the season for that.

For a while it looked like David Moyes’ men were going to upset the apple cart immensely and sneak a spot in the 2021-22 Champions League.

That challenge slowly fell away, but Rice was consistently excellent throughout the season. An easy choice for this position.

He will likely get the chance this summer, but Rice lines up in midfield alongside best mate Mason Mount in this XI as well.

Mount has emphatically shut up any doubters he may still have had in 2020-21. He was consistently brilliant under both Frank Lampard and Thomas Tuchel. He now has a Champions League winner’s medal to shout about too.

At just 22-years-old, he was a talismanic figure at Stamford Bridge last season and Gareth Southgate will be hoping to see the best of him this summer too.

READ: Where are they now? Mount’s team-mates from his last Chelsea U23 game

The man who took home the PFA Young Player of the Year award was always likely to pop up here, wasn’t he?

His stunning display against Liverpool at Anfield was probably enough on its own for a place in this team, but the fact Foden has been so consistent throughout the Premier League season absolutely nails his spot down emphatically.

At 21-years-old, we might as well just draft him into next year’s side as well.

With half of the season played, Willock’s chances of making this team were rather slim.

In seven Premier League appearances, he failed to make an impact with the Gunners. Although a smattering of Europa League goals showed his potential, Mikel Arteta shipped him out on loan in January.

Willock arrived at Newcastle United with a point to prove and boy did he prove it. Eight goals in 14 appearances helped save the Magpies from relegation and made him hot property this summer in the process. 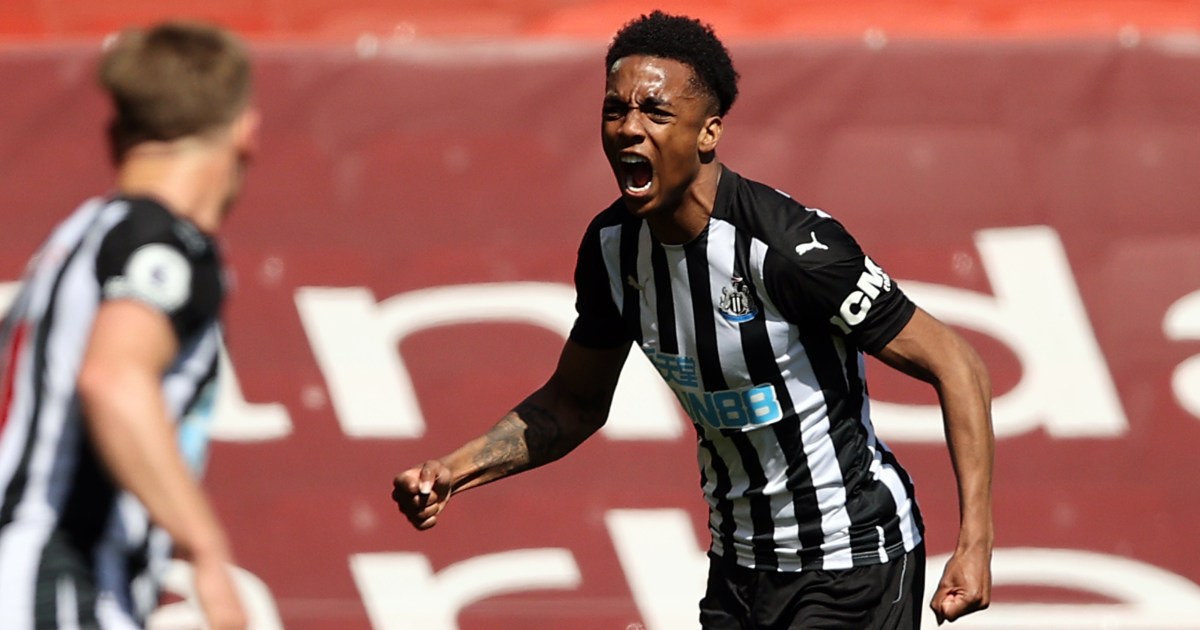 Back at the Emirates, Saka continued to improve and provide a real source of optimism for the North Londoners.

Still only 19, it may have been a lot to ask of the versatile attacker to step up to the role of talisman, but time and time again he did it.

Five goals and four assists in the Premier League (seven and 10 in all competitions) ensured Arsenal always retained a slither of hope, even when they were frequently underperforming.

Much like Willock, a strong end to the season has earned Greenwood his place in this team.

He scored seven goals in the top-flight this season, six of which came in the final nine games. A further five were added in other competitions.

Sadly an injury has kept him sidelined for the Euros, but he will undoubtedly be back in the reckoning soon enough.