Having played for Atletico Madrid, Liverpool, Chelsea and Spain during his career, Fernando Torres was spoiled for choice when it came to selecting the best XI of players he was lucky enough to call team-mates.

This got us thinking of the best XI of players he excluded, and we compiled a side in a slightly more conventional 4-4-f*cking-2 formation.

While we haven’t ignored the merits of Pepe Reina and Petr Cech, there was only really one option for the goalkeeper’s spot.

Casillas and Torres both played an integral role in Spain’s golden era, helping them win two European Championships and a World Cup.

We can only assume that Torres picked Oblak over Casillas because he hasn’t forgiven the former Real Madrid goalkeeper for this save in March 2009. 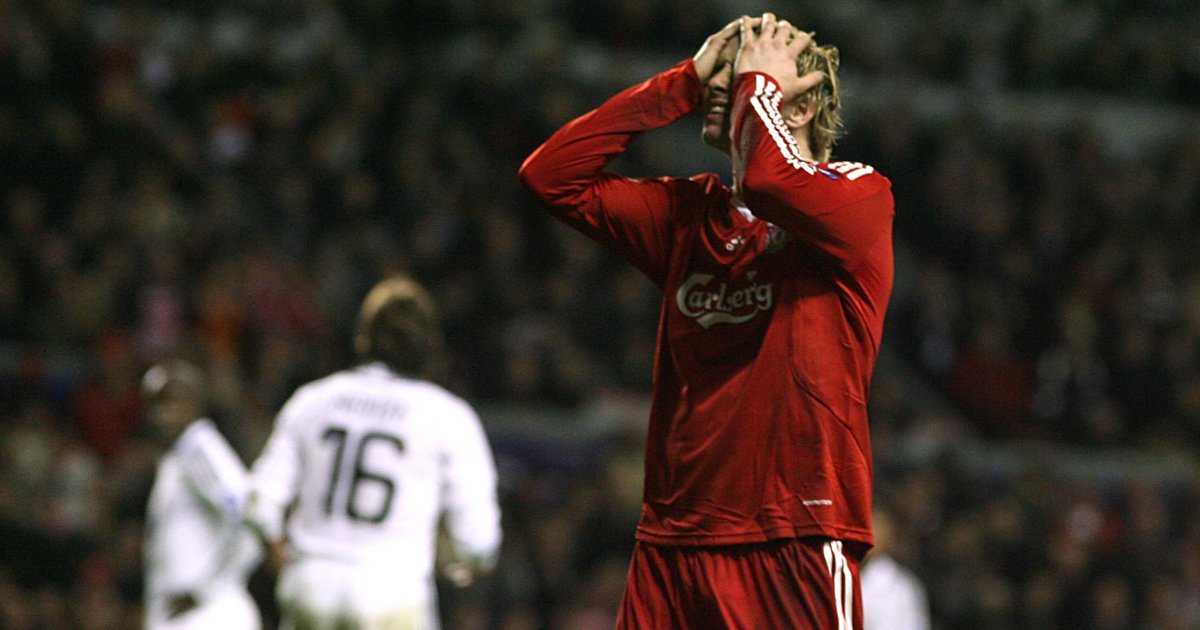 After Torres selected a back three for his team, our line-up has a plethora of good right-backs to choose from.

However, we couldn’t ignore the merits of Cesar Azpilicueta, who played alongside Torres for both Spain and Chelsea.

The 32-year-old has rarely put a foot wrong throughout his career and as importantly, he’s also an admirable shithouse.

While we’re on the subject of shithouses…

I want to congratulate a great friend who is not here, missing him lots… Happy birthday!! pic.twitter.com/dRs2TfHAES

A centre-back partner for both Puyol and Ramos, Pique just about edged out Sotirios Kyrgiakos and Tomas Kalas to take a coveted spot in our line-up.

He played alongside Torres in the Spain team that won the 2010 World Cup and 2012 European championships, conceding just three goals across 13 games in both tournaments.

Cole had already established himself as one of the best left-backs in the world before Torres joined Chelsea in January 2011.

The former England international was a key member of the 2012 Champions League-winning side and his clearance against Barcelona in the semi-final second leg turned into an assist for Torres.

“He always performed at a great level, in all aspects, offensive and defensive, and you can see what an amazing career he had,” Torres told Chelsea’s official website in 2020.

“He was a great all-round player.”

That night in Barcelona. One I will remember for the rest of my life 👏 #CFC @Torres pic.twitter.com/sh3QGLjlAJ

“He’s that kind of player who gives another pace to the game, another way, another way of slipping his markers,” Torres said when Mata joined Chelsea in 2011. “That’s something Chelsea lacks nowadays. They are trying to redesign the team and he’s the kind of player we need, young, experienced, world champion.”

The creative midfielder certainly lived up to the billing, winning back-to-back Player of the Year awards in his first two seasons at Stamford Bridge.

Only two players have been reigning champions of the World Cup, UCL, Euros and UEL simultaneously:

There were a host of candidates for the defensive midfield role; Michael Essien, Gabi, Lucas Leiva, Thomas Partey, John Obi Mikel and Marcos Senna to name just a few.

In the end, you couldn’t really make a case for any of them over Busquets. He was the underappreciated cog of the Spain machine during the 2010s, controlling the tempo of the game and feeding the likes of Torres with his brilliant range of passing.

While Lampard enjoyed a brilliant career at Chelsea, Torres was never going to select him over former partner in crime Steven Gerrard.

After starring for Lille, Hazard joined Chelsea in 2012 and registered 30 goals and 34 assists in all competitions over the two seasons he played with Torres in London.

“A player like him (Hazard) can make a difference,” Torres told ChelseaTV in 2012. “It is a privilege for a striker to have a player like him or Juan (Mata), Oscar or Lamps (Frank Lampard) behind you.”

Part of Torres’ struggles at Chelsea were due to the fact Drogba was firmly established at Stamford Bridge as the top dog.

We’d have loved to see Torres and Drogba playing alongside each other while both at their peaks.

Despite only playing alongside Aguero for one season at Atletico Madrid, Torres had already seen enough to know the Argentinian was destined for greatness.

“We knew what Aguero would become from the first training session,” Torres said in 2008. “It was obvious even then he was a special player. He has all the qualities needed to be a top-class striker.”

In 2008, Rafa Benitez revealed he rejected the chance to sign Aguero for Liverpool when the striker was 17 years old. Liverpool’s loss was ultimately Manchester City’s gain.