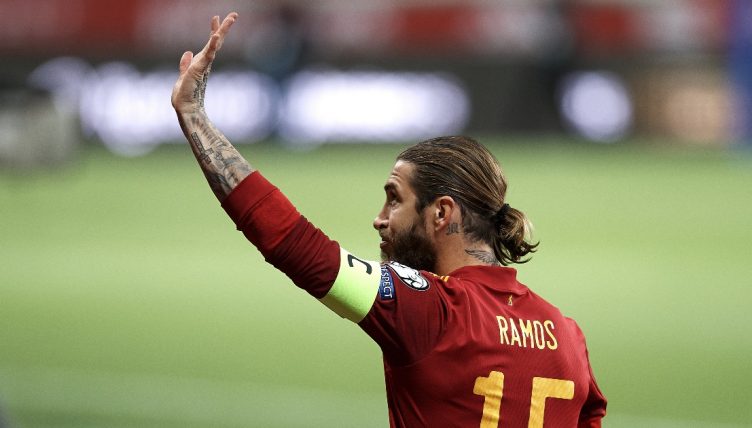 Luis Enrique caused quite a stir this week when he unveiled his Spain squad for the upcoming European Championships, with plenty of notable omissions.

Most eye-catching was the lack of Real Madrid stars. It marked the first time ever a squad had been selected without any representatives from the club.

But it was not just the lack of Los Blancos names that got people talking. We’ve compiled an Xl of players who didn’t make Enrique’s final 26-man squad, arranged in a 4-3-3 formation.

Real Sociedad’s charge for a Champions League spot may have fallen away towards the end of the season, but there is no doubting the quality of their man between the sticks.

Remiro kept 14 clean sheets in La Liga in the 2020-21 campaign, five more than managed by Athletic Bilbao’s Unai Simon, who did make the final squad.

He can probably consider himself unlucky to miss out to Brighton’s Robert Sanchez as well.

Many expected the winger turned right-back to receive the call when Enrique announced his squad. He’s had a huge impact on Sevilla over the past few seasons and is seen as a real leader in Spain.

Instead, Enrique decided to take Chelsea’s Cesar Azpillicueta and Atletico Madrid winger Marcos Llorente, who has played the role in the past.

Yes, if somehow you had not heard the news already, Real Madrid legend and Shithouse Hall of Famer Sergio Ramos has been snubbed by Enrique.

The talismanic centre-back has struggled with injuries throughout the current campaign, but it was still a huge shock when he was not selected.

Ramos has been a big contributor to some iconic moments when it has most mattered and had been given the armband by Enrique in recent years but that will now be passed to Sergio Busquets. 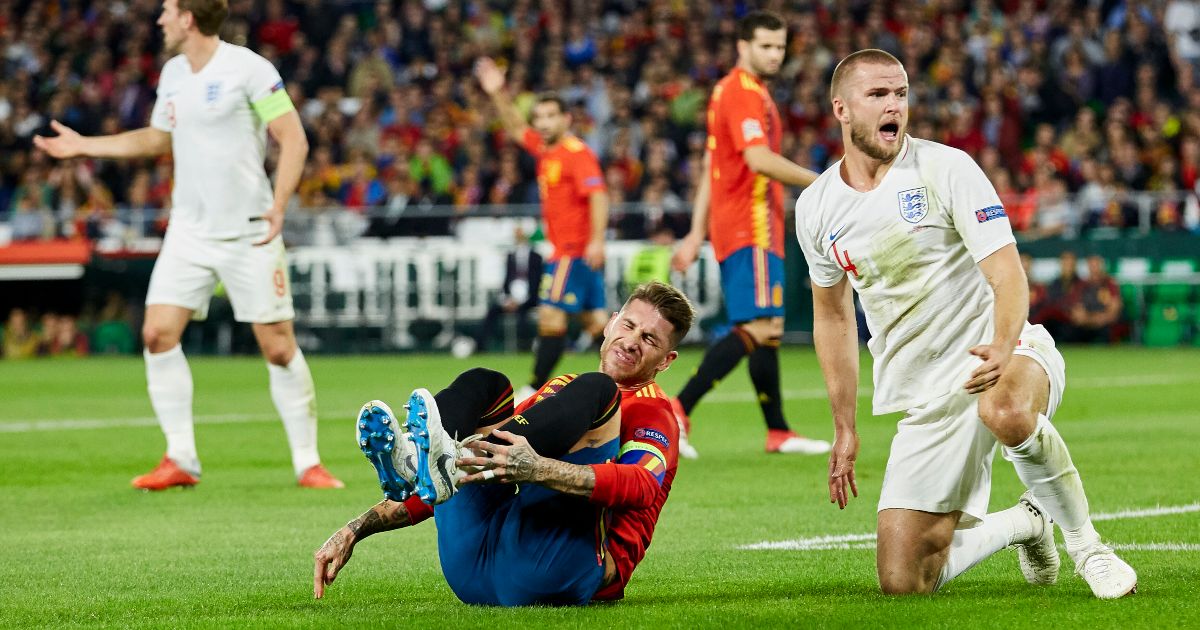 It was not a good announcement for Real Madrid, to put it lightly.

Nacho’s exclusion was another shock. The versatile defender was an ever-present in Madrid’s run to the Champions League semi-finals, but he has never really been a favourite of Enrique’s.

It was still widely thought that his ability to play anywhere across the back four would make him an appealing option for this summer’s Euros. But, alas, it did not.

The 2020-21 campaign may have ultimately been a disappointing one for Benfica, but Grimaldo was in exceptional form at left-back for the Portuguese giants.

In 31 Primeira Liga appearances, the 25-year-old notched 10 assists and two goals, more direct contributions than both Jordi Alba and Jose Gaya who were picked ahead of him.

Don’t worry, Grimaldo. You’ve made the team that matters most.

The 28-year-old has had an excellent season in Serie A with Lazio, proving a crucial figure in linking defence and attack for Simone Inzaghi’s side.

Over 34 games, the former Liverpool midfielder has also scored nine goals and laid on two assists for his team-mates and will have been hopeful of adding to his solitary Spain cap this summer.

But he has fallen victim to the impressive options Enrique has available to him in the middle of the park, with Thiago, Koke, Busquets and Rodri being given the nod instead. 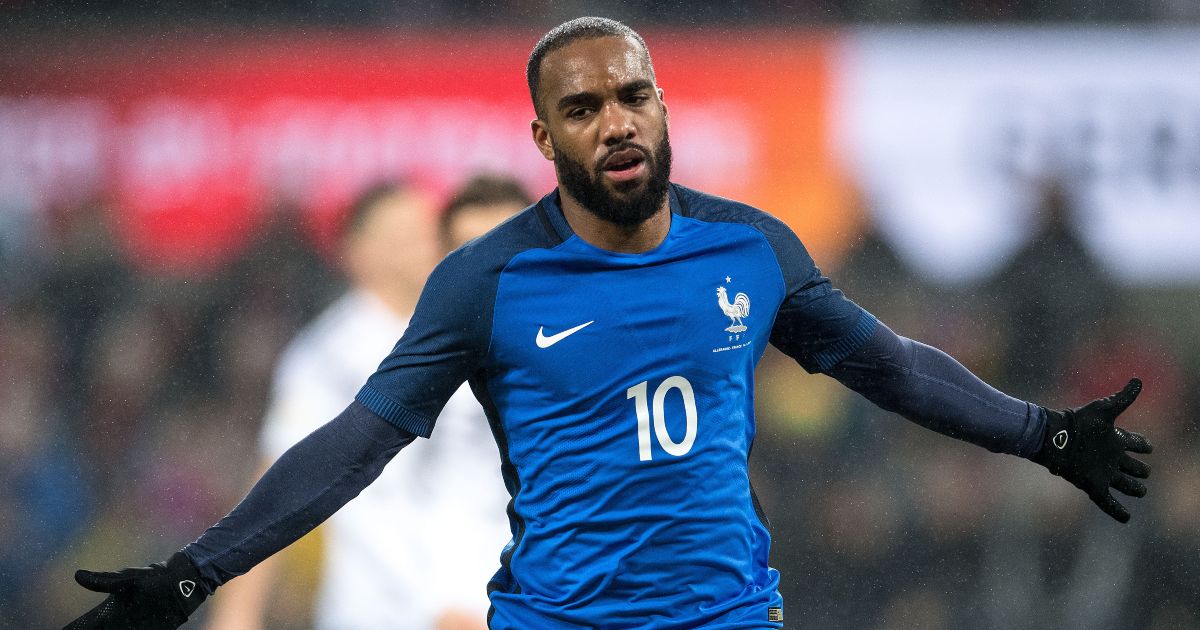 Canales has been creator in chief for Real Betis this season, scoring 10 goals and laying on six more despite suffering multiple injuries throughout the campaign.

Unfortunately, tendonitis suffered in their penultimate game of the season appears to have been fatal to his hopes of making Enriques summer squad.

He has been a part of recent Spanish set-ups, but it was clearly decided that better, more risk-free options were available.

Saul has been present in Diego Simeone’s Atletico Madrid side for nearly seven years now and played in all but five games for the club in the 2020-21 campaign as they won their second La Liga title of his stewardship.

Perhaps the fact the 26-year-old was not trusted to start as frequently last season weighed on Enrique’s mind, although with 19 international appearances to his name already he certainly is not lacking experience either.

But the fact Spain probably won’t miss a player of Saul’s quality just emphasises again the huge wealth of talent they have in that area.

While Asensio’s progress has been hampered by injury problems over the last few years, he is undoubtedly still one of Spain’s most talented forwards.

The Real Madrid winger enjoyed a strong end to the campaign and registered seven goals in all competitions during 2020-21, four more than Adama Traore who was named in the squad.

Now 33, he can count himself as a veteran, yet he still managed to find the net 14 times in La Liga last season and lay on 13 more for his teammates.

He has not been a part of a Spain squad since 2019, but his form with Celta Vigo seemed hard to ignore. Unfortunately for Aspas, that’s exactly what Enrique has done.

Regarded as the next big thing at Barcelona, Fati broke several records and enjoyed a brilliant breakthrough season in 2019-20.

The winger made his international debut in September 2020 and scored his first goal on his second appearance, becoming Spain’s youngest ever goalscorer at the age of 17 years and 311 days.

He looked certain to go to the Euros, only to suffer a serious knee injury in November that ruled him out for the rest of the season.