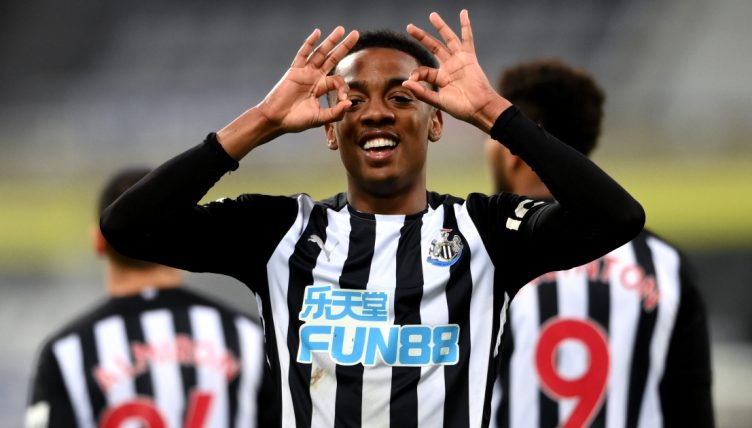 With the wounds of Euro 2020 still yet to heal, England are back in action in just over a week’s time as qualification for the 2022 Qatar World Cup continues.

Plenty of fans still see Gianluigi Donnaruma saving Bukayo Saka’s penalty when they close their eyes. Luckily, the players do not have to wait too long to put things right.

Southgate announced his squad for those upcoming qualifiers against Hungary, Andorra and Poland on Thursday, featuring the first call-up of Leeds United’s Patrick Bamford. But which other top-flight stars will be pushing for their maiden appearance in the set-up? We have put together a starting XI that will be pushing hard.

After a couple of excellent loan spells in the Championship with Swansea City, Woodman has finally made the step up to the Newcastle first team.

Conceding six goals in his first two Premier League games is far from an ideal start, but the 24-year-old’s shot-stopping ability is unquestionable.

Being the godson of Southgate won’t do his chances any harm either.

Despite the immense competition at right-back for England, it is hard to believe that Lamptey would not have had a call-up already were it not for a horrid run of injuries.

The 20-year-old picked up one goal and three assists in 11 games last season before a hamstring injury ended his season in December. His explosive pace and impressive dribbling abilities make him an appealing option, especially if injury befalls Trent Alexander-Arnold or Reece James.

"It's early days, but hopefully I can get to that top level."

Justin was in the middle of an exceptional run of form for Leicester City last season, making the left-back position his own, when he was struck down by an ACL injury.

The ex-Luton Town man may return by October now and, after being mooted for an England call up before his setback, he will be eager to return to Southgate’s plans. We have put him on the right side of a back-three but he is more than capable of playing any role across the defence.

Konsa was a part of many fans’ squads to go to the Euros this summer, with plenty preferring him to Villa team-mate Tyrone Mings, but the wait for selection goes on for him.

The 23-year-old was a regular alongside Mings in Dean Smith’s side last season and has excellent quality when it comes to playing out from the back, and it feels like a matter of time until he gets his shot in the Three Lions side.

A perenially underrated defender, Webster has been at the heart of Brighton’s defence since moving from Bristol City and, on paper, is a perfect fit for Southgate’s side.

Excellent with the ball at feet and, standing at 6ft 2in, a dominant presence in the air. It is easy to see the 26-year-old slotting in seamlessly in place of John Stones or Harry Maguire when called upon.

Targett was part of an impressive defensive unit at Villa Park last season while maintaining a threat in attack.

Like Konsa, there were loud calls for the left-back to be called up to Southgate’s England squad, but with both Luke Shaw and Ben Chilwell battling it out in the top-four, he was always likely to struggle.

There were still rumours that he would get a call up in March, however. Another strong run of form in the 2021-22 campaign will surely make him hard for the national boss to ignore.

Usually, leaving a big-six side does a player’s England chances no good whatsoever. However, Willock’s situation seems very different.

After leaving the Emirates for the North East in the January transfer window, Willock scored eight goals in 16 games for Steve Bruce’s side. Now permanently on Tyneside, if the midfielder can match that form, an England call-up will be an inevitability.

It won’t do any harm having a man for the big occasion around, either.

JOE WILLOCK WITH THE LAST KICK OF THE GAME!!

Off the bench to grab a massive goal, and a massive point in the fight against relegation for Newcastle 😱 pic.twitter.com/J6nGsq9D9i

Skipp was a mainstay in Norwich City’s promotion-winning season and now looks set to play a big part in Nuno Espirito Santo’s side after starting in their first two Premier League matches.

A metronomic figure in midfield, but with a bit of bite about him, Skipp would offer some assured cover in an area that has been notoriously thin for England for a while.

He has made nine appearances for the under-21’s but Lee Carsley might be struggling to hold onto one of his key components after a few months of the new campaign.

Capable of finding the top corner from 25-yards every now and then, Harrison’s greatest asset is his unerringly accurate delivery. Crossing early and with pace, he is a frequent cause of chaos in the opposition penalty area.

With the physical presence in the England team, it could be a serious weapon on the international stage.

A record-breaker in the Championship last season, it will likely not take a lot for Southgate to slot the Brentford forward into his England set-up.

Toney showed just how much of a handful he can be at the top level when he bullied Ben White for 90 minutes in the Bees’ first Premier League match.

Whether Southgate fancies having another physical striker in his set-up alongside Dominic Calvert-Lewin remains to be seen, but there is no doubting he will already be in the manager’s mind.

Smith Rowe really began to grow into an accomplished Premier League creator towards the end of last season and those performances were rewarded in the summer with a new deal.

Now rocking the number 10 shirt at the Emirates, he looks set to be a regular in Mikel Arteta’s starting line-ups. Being a regular in a big-six side is usually enough to get you an England call up as well. Pull your finger out, Gareth. 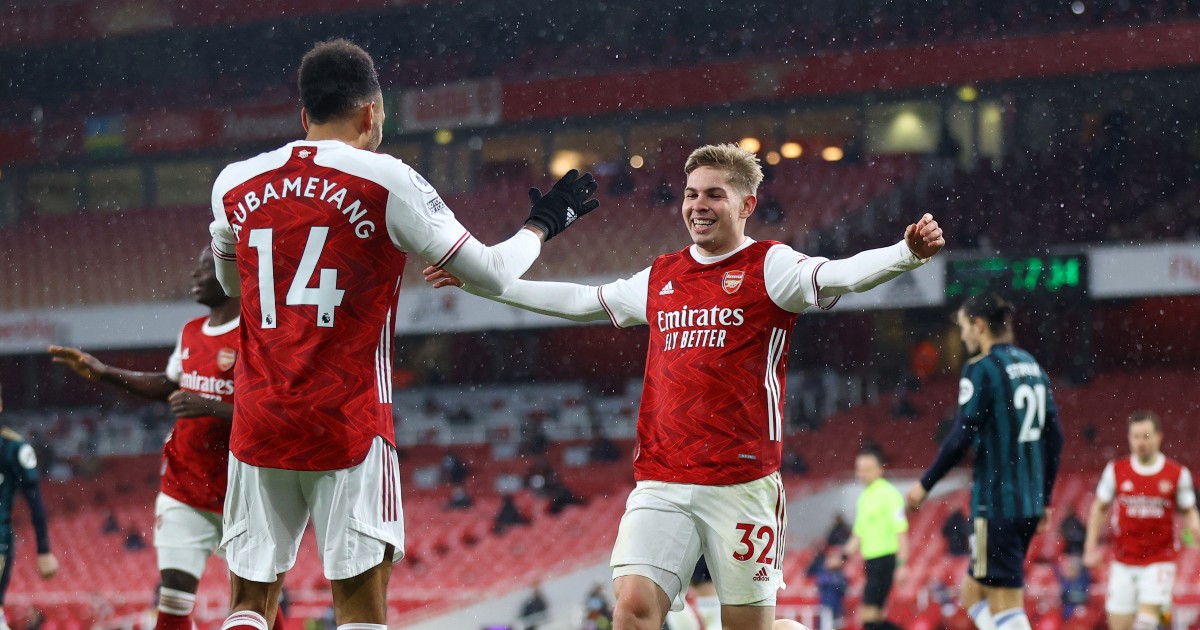 READ: Smith Rowe is already spotting assists nobody else can see – just like Ozil