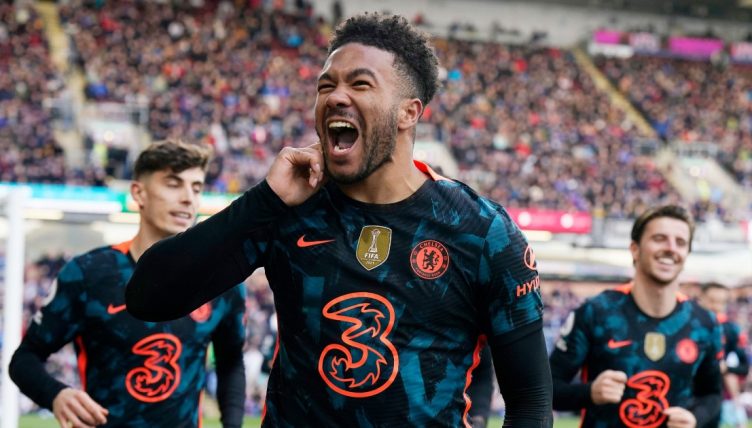 While Chelsea‘s squad has lots of experienced players like Thiago Silva and Cesar Azpilicueta, they also have some brilliant youngsters on their books.

Chelsea’s academy is arguably the strongest in English football right now but they also like to sign promising talent from other clubs.

We’ve compiled an Xl of their best Under-23 players, arranged in a 4-3-3 formation.

Edouard Mendy, who turned 30 this year, is firmly established as Chelsea’s first-choice goalkeeper and a 27-year-old Kepa Arrizabalaga serves as his back-up.

But Thomas Tuchel’s side have just spent an initial £8.1million on Slonina, who is widely regarded as one of the most promising goalkeepers in the world

He is also the youngest goalkeeper ever to start an MLS match, having made his debut for Chicago Fire at the age of 17 years and 81 days in August 2021.

The teenager, who was the subject of a bid from Real Madrid, has kept 14 clean sheets in his first 35 MLS appearances and will link up with the Chelsea squad at the start of 2023.

One of eight Chelsea academy graduates on this list, James broke into the first team in 2019-20 after an impressive loan spell at Wigan and hasn’t looked back since.

The right-back has established himself as one of the best players in his position over the last few years and has even managed to impress Barcelona legend Dani Alves.

“I admire Trent Alexander-Arnold very much,” Alves told FourFourTwo. “He’s a fantastic footballer – this guy has got world-class skills. I also like to watch Reece James and Achraf Hakimi.

“They mix strength with technique and are also great players. The three of them obviously have different characteristics and styles – but they all know how to do the job.”

Chalobah had to bide his time, spending time on loan at Ipswich Town, Huddersfield and Lorient before finally establishing himself at Chelsea in the 2021-22 season.

The defender scored against Crystal Palace on his Premier League debut and made 30 appearances in all competitions in his breakthrough campaign.

Dubbed ‘the new John Terry’ while making his way through the Chelsea academy, Colwill is regarded as one of the top young defensive talents in English football.

He got his first taste of senior football on loan at Huddersfield Town in 2021-22 and kept 13 clean sheets in 29 Championship appearances as the Terriers finished third.

The 19-year-old has seen fellow Chelsea academy graduates Marc Guehi and Fikayo Tomori thrive after leaving Stamford Bridge but is yet to cut ties with the club and will spend 2022-23 with Premier League side Brighton. 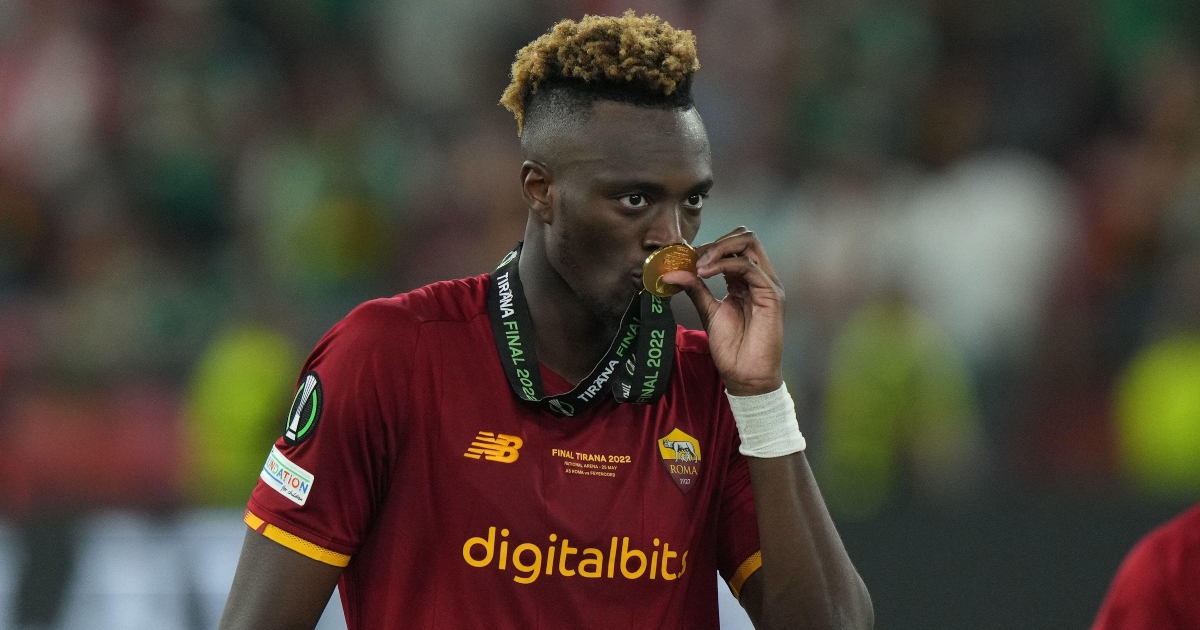 READ: An incredible XI of academy players Chelsea have sold since 2006

Signed from PSV Eindhoven’s academy in 2018, Maatsen has only made one first-team appearance for Chelsea but is well regarded within the club.

He had an impressive loan spell at Charlton Atheltic in 2020-21 and then spent last season at Championship side Coventry City, where he won their Young Player of the Year award.

The left-back, who can also play in midfield, is now back in the Championship with Burnley and marked his debut with the winning goal against Huddersfield Town.

Admittedly, Gilmour’s stock has dropped considerably after an underwhelming loan spell at Norwich City in 2021-22.

But we shouldn’t forget that the midfielder produced Man of the Match performances in his first starts in the FA Cup, Premier League, Champions League and the Euros.

While Gilmour had a difficult time at Norwich, Gallagher spent the 2021-22 season at Crystal Palace and proved that the loan system can be beneficial.

The 22-year-old registered eight goals and five assists in all competitions and won Palace’s Player of the Year award due to his tireless and eye-catching performances from midfield.

“Conor has this passion for the game when he is on the field like a Ray Parlour, but I would say he has maybe the quality finishing of a Frank Lampard,” Patrick Vieira said.

“It is a manager’s dream to have a player like Conor because when he is on the field, he will give everything. He is focused, concentrated and will always give his best. This is something that for me is really important.”

With Jorginho and N’Golo Kante both in their 30s, Gallagher will now be looking to establish himself as a regular in Tuchel’s side in 2022-23.

Chelsea fought off competition from Barcelona, AC Milan and Borussia Dortmund to sign Chukwuemeka from Aston Villa in a £20million deal.

He was recently part of the England Under-19 squad that lifted the European Championship title and registered five direct goal contributions at the tournament, including a goal against Israel in the final.

The midfielder might have to bide his time and wait for his chance, but he is widely regarded as one of the brightest talents in England and looks set for a very bright future at Stamford Bridge. 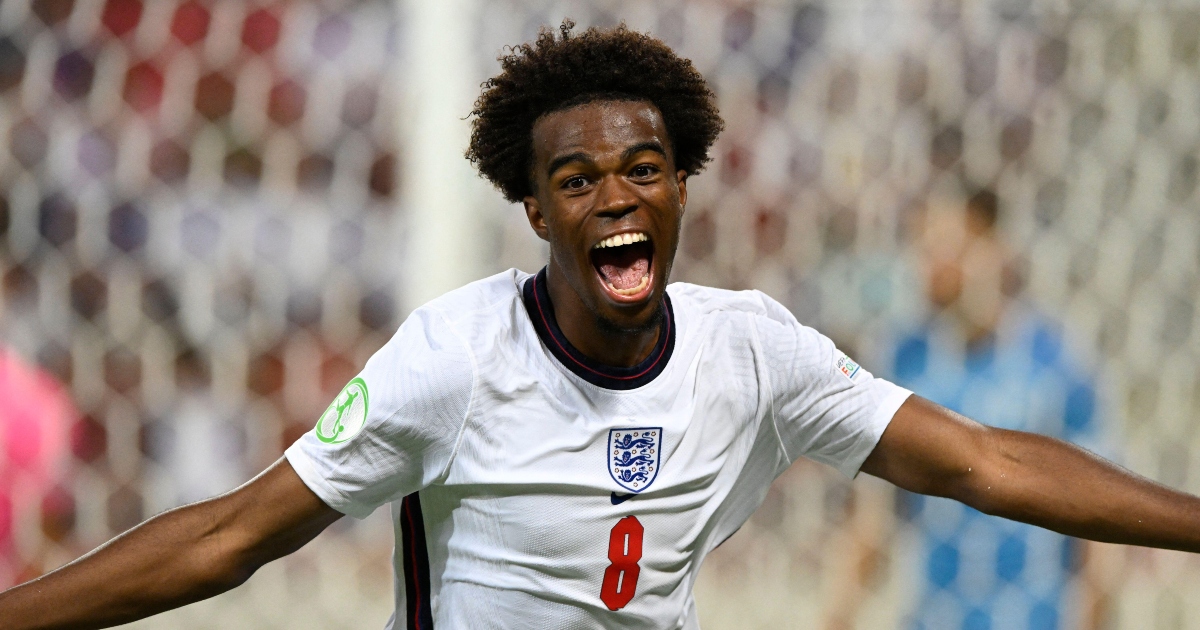 READ: All you need to know about Chelsea signing Carney Chukwuemeka

After registering 77 goal contributions in 150 appearances for Bayer Leverkusen, Havertz caught the attention of Europe’s biggest clubs and joined Chelsea in a £71million deal in 2021.

He already enjoyed some big moments in a Chelsea shirt, scoring the winning goal in the 2021 Champions League final and the FIFA Club World Cup final.

At 23 years of age, the Germany international still struggles with inconsistency and is far from the finished article but has enough natural ability to become one of the best forwards in the world.

Tuchel hasn’t had much luck with centre-forwards since joining Chelsea in 2021 but Broja is hoping to be the long-term solution to their problem.

He joined Southampton on a season-long loan deal ahead of 2021-22 and became the youngest player in Premier League history to score in each of his first four home starts.

The striker finished the season with nine goals in 38 appearances in all competitions and has been attracting interest from West Ham, Everton, Newcastle and Leeds United.

But he looks set to remain at Stamford Bridge and could play a big role in 2022-23 following the departures of Romelu Lukaku and Timo Werner.

Mount broke into the first team in 2019-20 and has since gone from strength to strength, winning the Champions League, UEFA Super Cup and FIFA Club World Cup while picking up Chelsea’s Player of the Year award in both 2020-21 and 2021-22.

Imagine how good the 23-year-old will be when he hits his peak.