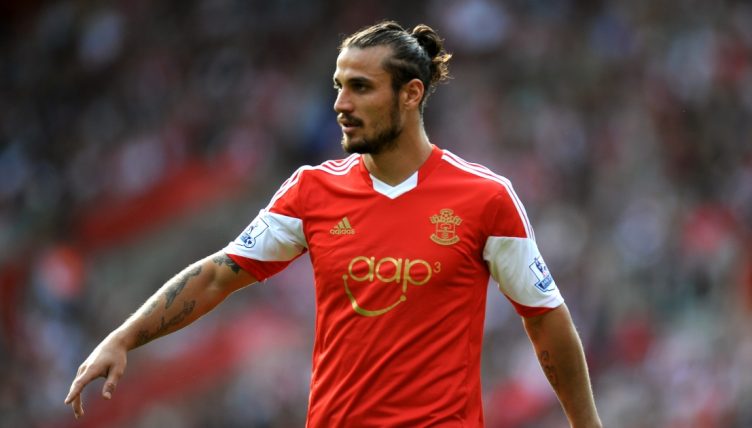 It’s impossible not to have a lot of love for Dani Osvaldo.

This is a man who, it must be remembered, was actually f*cking ace at football.

A man who scored 30 goals for Roma, won Serie A with Juventus, represented Italy at international level, became the most expensive player in Southampton’s history and appeared for the likes of Inter, Fiorentina and Boca Juniors.

This is also a man who really, really couldn’t give a f*ck.

A man who punched team-mate Erik Lamela in the face after the winger didn’t pass to him, headbutted Jose Fonte in Southampton training, went AWOL at Inter after falling out with Mauro Icardi, was released by Boca after smoking in the changing rooms and turned down a move to Sevilla as he didn’t want to miss a music festival.

But retiring at the age of 30 wasn’t a decision the Argentina-born striker took lightly.

“I couldn’t go out, I was afraid of people,” he told Gazzetta dello Sport. “I couldn’t do it anymore. I had offers from China and clubs in the Champions League, but I was detached.

“I was beginning to hate what I’d always loved. Football deserves respect, and I prefer asado [Argentine barbecue] and beer to money.”

Now looking like a Ralph Steadman drawing of Johnny Depp, upon retiring Osvaldo formed his band Barrio Viejo – which translates as Old Neighbourhood – in Barcelona, with friends he had made while playing for Espanyol under Mauricio Pochettino.

The five-piece released their debut album, Liberacion, in 2017, and it’s…well, it’s exactly as you’d expect – like any Rolling Stones album since they stopped being relevant.

Perhaps we’re being harsh on 12-bar blues, and the language barrier is something of a hindrance, although one song on the album, Walking the Dog, is sung in English and features such lyrics as: “I jump so high I touch the sky/Didn’t get back until quarter to five.”

In 2018, The Sun sent a reporter to Barcelona to see Barrio Viejo play a stripped-back ‘gig’ in the corner of restaurant Mr Robinson’s.

The resulting article features various references to the fact Osvaldo is fond of a cigarette and a glass of Jack Daniel’s, plus the skin-crawling line: ‘The front line at a Barrio Viejo gig is invariably filled with hot young females.’

But the article also features an interview in which it becomes apparent Osvaldo still doesn’t give a f*ck.

“People sometimes don’t understand me. They look at me like, ‘You are crazy. You had everything, played for some of the best teams in the world and decided to just quit – for this.‘

If anything, Osvaldo is guilty of the same thing as all rock ‘n’ roll stars: the myth and mystique is almost certainly always more exciting than the truth.

And when it comes to Dani Osvaldo, the truth has always been more than enough to keep us entertained.

This article was originally published in November 2018. In 2020, Osvaldo came out of retirement after four years to sign for Banfield and almost scored with a 30-yard chip on his debut. Never, ever change.

Football hasn’t come home, so let’s talk about the *real* football song of 2018