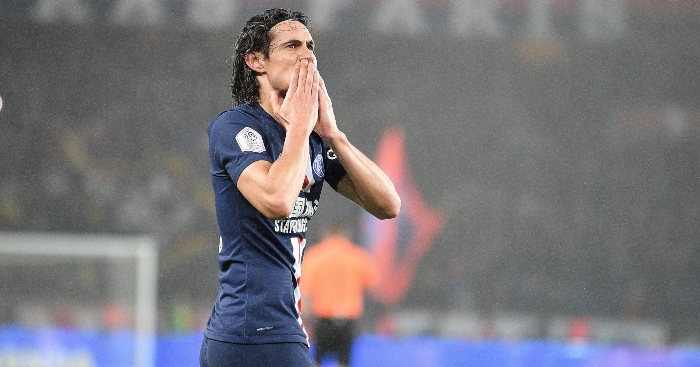 As the transfer window nears its closure, Manchester United have reportedly agreed a deal to sign Uruguayan striker Edinson Cavani.

Cavani is currently a free agent after leaving Paris Saint-Germain at the end of last season and is regarded as one of the best strikers of his generation.

The 33-year-old will bolster United’s attacking options and we’ve rounded up some of the best quotes about him.

Solskjaer is set to bring Cavani to Old Trafford and showed his admiration for the striker ahead of United’s Champions League last 16 tie against PSG in 2019.

Paris Saint-Germain is one of the toughest [draws] you can get, but one we look forward to, I have to say,” Solskjaer told UEFA. Their front three is probably the best front three outside of Manchester.

After Cavani’s brace against Portugal in the 2018 World Cup, hopes were high that Uruguay could challenge a strong looking French team in the quarter-final. However, injury to Cavani during the game fatally compromised their chances.

Calling the injury a ‘national disaster’ for Uruguay, Keown commented how Cavani’s “movement has always been brilliant, finishing not always great, but for first he improvises brilliantly. It’s a brilliant finish really, for making runs in the box there is no one better. Doesn’t always get the credit he deserves but will get it today.”

Edinson Cavani finishing off one of the greatest two man combination goals ever, in which him & Suarez exchanged two cross field passes before he banged a power header to send CR7 & Portugal home at the 2018 Russian WC last 16: https://t.co/HZQA5dM1om pic.twitter.com/rJBCdy3U8b

The saying it takes one to know one surely applies here.

When asked which current striker most resembles him, the prolific Dutchman replied “an out-and-out No9 would be Edinson Cavani. He’s a very strong player with great movement in and out of the box. He also helps the team with his hold-up play and is a great No9.” 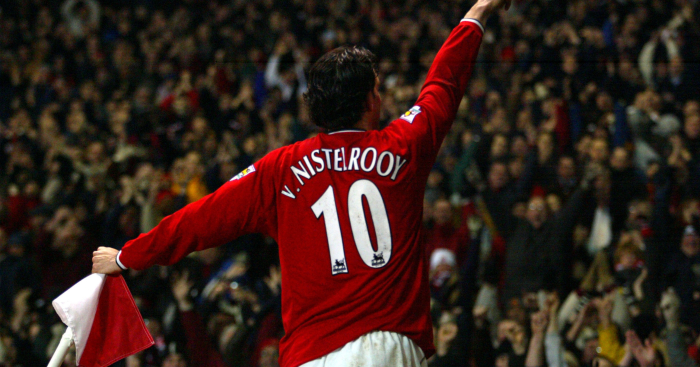 The Celtic player has spoken out about Cavani mentored him during their time together in France.

“When I was at PSG, Edinson Cavani gave me advice every day,” Edouard told the Sun in 2018. “Whether it was about my positional sense, my finishing, even my speed, he spoke to me a lot.

“This gave me a massive amount of belief in myself that a great striker like him took time out to speak to me.

“He basically was responsible for me being a striker and he gave me confidence”.

While United look to have won the race for his signature, Cavani was heavily linked with a move to Premier League rivals Chelsea earlier in the year.

“He’s a great player; I played against him and always loved his mentality and attitude, and his scoring record speaks for itself,” the Chelsea manager said in January 2020.

Despite the striker’s eventual departure, it was clear that his manager Thomas Tuchel appreciated Cavani’s talents during his time in Paris.

“He’s got the most goals for the club,” Tuchel told reporters in October 2019. “Edi is very important. He’s in the group of five players I always speak with, to have an opinion from them on all things. He’s important in the dressing room and on the pitch.”

His exit from the club should be no reflection of his manager’s view of him as a player and human being.

Cavani will be following in Ibrahimovic’s footsteps if he moves to Old Trafford.

The pair had a fractured relationship during their time at PSG but Ibrahimovic still acknowledged the Uruguay international’s ability on the pitch.

“Having Cavani makes my game easier,” Ibrahimovic told L’Equipe in 2013. “We help each other. If I do not score, he’s scoring.

“This is something we did not have last year. He also does a lot of defensive work and that is good for the team. This is what we needed.

“We’re stronger this year. If we continue using Cavani the right way, it can be good for the team.”

After the striker’s 49 goals in 50 appearances during the 2016-17 season, it is no surprise that his PSG teammates were queuing up to sing Cavani’s praises.

“Edi was already one of our strongest players, but the number of goals he has scored this season is just unbelievable,” Marquinhos told the club’s official website in 2017.

“He works hard for the team, is always very positive and gives everything for his team-mates, which is very important.

“He has scored some fantastic goals like the one against Bordeaux that was like [Rabah] Madjer or the lob versus Nancy.

“And there is his own special, where he gets to the near post for a finish. He is a genius as a goalscorer.”

Edinson Cavani is the only player in PSG's history to reach 2️⃣0️⃣0️⃣ goals! 🇺🇾

Could the free agent become a Man Utd player before the transfer window closes? 👀pic.twitter.com/8VACeUrml8

The striker recently gave a revealing insight into how he stays fit as he enters the autumn of his career.

“I don’t share the view that every boy has to play only soccer,” Cavani said in September 2020.

“I believe that girls and boys have to be free to seek their happiness in what they are most passionate about, because that’s the best way to be well-trained, growing day by day in a firm structure.”

For Cavani, this took the form of ballet. He explained that “My life partner is passionate about dance. That’s why when we were in Paris we went to see the ballet where we had a great time and really enjoyed it.”