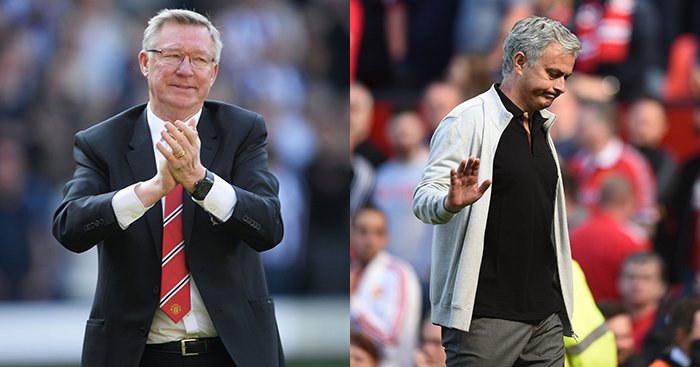 A lot has changed in that time: David Moyes and Louis van Gaal have been and gone; domestic and European trophies have been won; seasons have been spent outside of the Champions League — an eventuality that seemed impossible over the Fergie years.

But if that thrilling 5-5 was a fitting (if not entirely desirable) end to the Ferguson era, last week’s pragmatic 1-0 win over Watford also had its microcosmic qualities: Jose Mourinho is still quite good at winning, often by small margins, and this was a performance typical of his tenure.

Both of those final-day games featured weakened United sides, with back-up players like Anders Lindegaard and Alexander Büttner appearing in 2013, and rarely-seen faces like Matteo Darmian and Daley Blind getting minutes on Sunday.

On the final day of the 2012-13 season, an unrecognisably strong West Brom team were fighting for eighth place in the league, while this year’s Watford team were looking to put a respectable distance between themselves and the relegation spots.

United themselves had wrapped up the title by the final day five years ago. This year, second place was guaranteed.

As a tribute to the respective talents of Fergie and Mourinho, we here present a side-by-side, minute-by-minute analysis of United’s final games of 2012-13 and 2017-18. 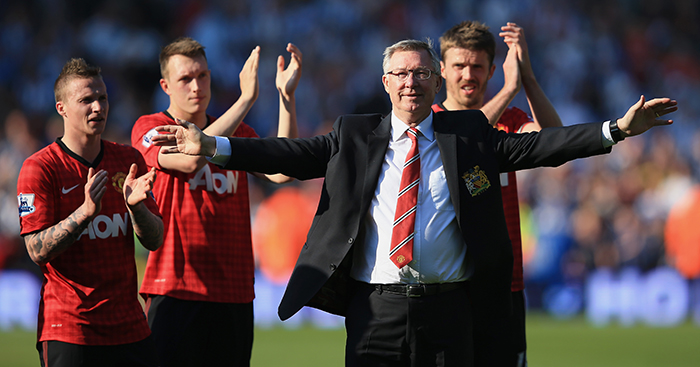 Hernandez races to keep the ball alive before crossing for Kagawa to head home at the near post. A breathtaking start, and everything looks good for Fergie on his last day.

Van Persie inexplicably falls to the ground, rolls around and shouts for a pass. The ball comes to Valencia, playing in his old No.7 shirt, and his cross is diverted into the goal by gigantic West Brom defender Jonas Olsson. Less than 10 minutes on the clock, and the game is already berserk.

Young, starting ahead of attacking left-back Luke Shaw, sends a corner into the hands of Heurelho Gomes.

West Brom increase their possession but are kept at bay by Evans and Jones.

Carrick, the only surviving starter from 2013, finds Mata with a long ball. Mata’s touch is superb, and the Spaniard feeds Rashford for a simple finish. 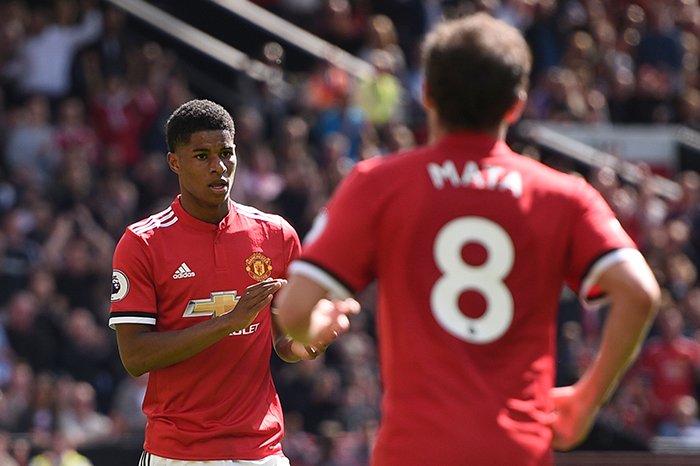 WBA midfielder Graham Dorrans pulls back for James Morrison, who beats Lindegaard with a toe-poked finish. Game on?

A Mata corner is cleared. Carrick volleys the ball into touch.

Romelu Lukaku, who has been subbed on for Liam Ridgewell at half time, scores against his future employers, gently rolling the ball into the far corner with his right foot. Never-quite-good-enough Lindegaard gets a touch but can’t keep it out, and The Hawthorns is, as they say, rocking.

Van Persie converts his 26th goal of the season and the sixth goal of the match after a cool Valencia cutback. The nets are taking a beating.

39-year-old Ryan Giggs, who will play another season after this one, comes on for Cleverley.

Fresh and lively Giggs sets up Hernandez (who has had plenty of chances) for a tap-in.

Paul Pogba, briefly the most expensive player in the world, starts warming up.

Paul Scholes, 38, comes on for his final United appearance.

Andre Gray is flagged offside after a Rojo error.

Scarcely believable scenes as West Brom score two goals in a minute, first through Lukaku then central midfielder Youssouf Mulumbu. They’re one goal away from a remarkable comeback in Fergie’s final match. This is football.

The impossible becomes possible as Lukaku, playing the final match of his West Brom loan spell, completes his hat-trick to make it five apiece. Substitute Rio Ferdinand is furious, Fergie presumably more so, but West Brom continue to threaten. 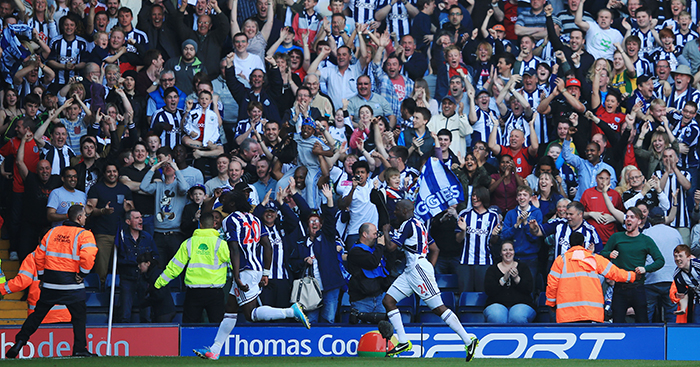 The retiring Carrick receives a standing ovation. McTominay picks up a knock.