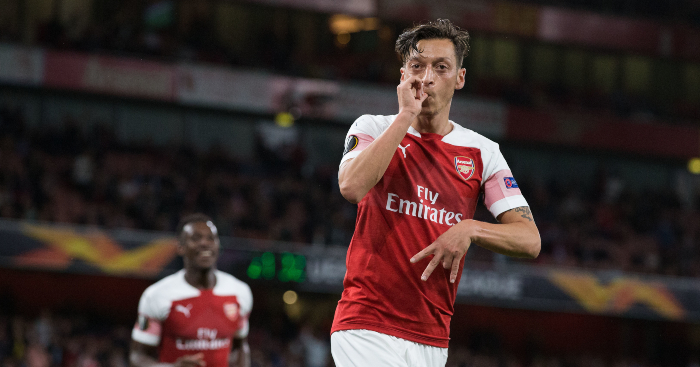 The absence of football due to the outbreak of coronavirus is already testing our sanity – but one Reddit user has helped ease the problem by deciding to post one brilliant pass from Arsenal‘s Mesut Ozil every day.

Ozil may split opinion among supporters, but surely everybody can agree that when the playmaker is on form, he’s an absolute joy to watch.

Reddit user bidinthird clearly thinks so, delving through the archives to bring us one moment of magic from the former Germany international every day.

It all started when he first posted this pass against Manchester United, which could have resulted in a superb goal – were it not for the fact the chance fell to Nacho Monreal.

Seeing r/soccer reposting classic goals inspired me. Here’s a classic Özil pass from 2016. Lmk if you want me to dig up more from r/Gunners

Posting an Özil pass every day until Arsenal play a game. Day 2: a ludicrous half-volley v. Norwich, 2016. from r/Gunners

The first assist to be post came courtesy of a cheeky backheel against Watford.

Posting an Özil pass every day until Arsenal play a game. Day 3: v. Watford in the cup, 2016 from r/Gunners

Posting an Özil pass every day until Arsenal play a game. Day 4: setting up a famous finish v. CSKA Moscow, 2017. from r/Gunners