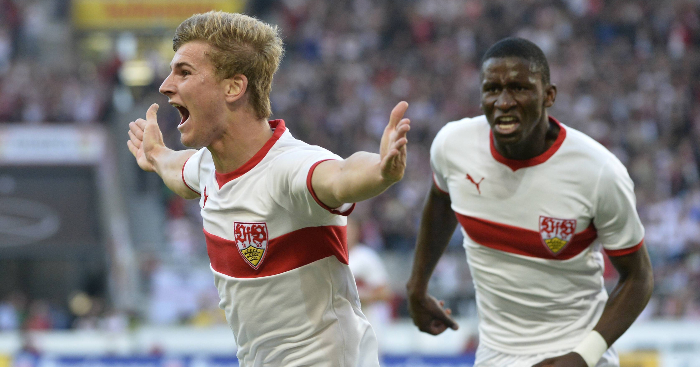 A long time has passed since Stuttgart’s miraculous Bundesliga title win back in 2007. But they might well have challenged for another had they kept hold of all the wonderful players they’ve sold since 2010.

The 2019-20 campaign saw them finish second in the Bundesliga II, securing a second promotion back to the top flight in the last four years.

But despite their fall from grace, Stuttgart have still had some truly brilliant players. Here’s an amazing XI of players they’ve sold over the past 10 years.

The goalkeeper left Stuttgart for Bayer Leverkusen for around €7.5million in 2011, having caught the eye in their B team and impressed on an initial half-season loan.

Seven seasons and over 300 appearances later, he’d steadily become one of the Bundesliga’s best goalkeepers and a regular in the German national team squad amid stiff competition.

Leverkusen sold him to Arsenal for over three times what they’d originally bought him for, €25million, and after a couple of questionable early moments he has become one of the Gunners’ best performers of the post-Wenger era.

In spite of his presence as a regular starter in France’s 2018 World Cup win, scoring the goal of the tournament in Russia, Benjamin Pavard remained at an ailing Stuttgart side for another full season amid interest from Europe’s top clubs.

He’d had a role to play in their promotion-winning season in his first year there, 2016-17, but he wasn’t going to stay around for another shot at the Bundesliga II after their relegation last summer. He cost Bayern Munich a not-inconsiderable €35million, but he’s proven to be worth it.

Any excuse to watch that goal again…

Don't let the brilliance of Kylian Mbappe distract you from the fact that Benjamin Pavard did THIS… #FRAARG #worldcup #bbcworldcup pic.twitter.com/bOMOHfva19

A regular for Germany since 2014, and an FA Cup and Europa League winner with Chelsea, it was with Stuttgart that Antonio Rudiger originally established himself as a top-quality centre-half, having progressed up through their B-Team.

But he went to Chelsea via Roma, who made a profit of over €20million after he’d been on their books for only a year. A theme is emerging.

Arriving midway through Stuttgart’s relegation battle in January 2019, 18-year-old Turkish centre-half Ozan Kabak couldn’t do enough to help them stave off the drop, but he’d done enough to catch the eye.

So much so that Schalke paid off his €15million release clause, less than six months after his arrival in Germany.

‘The Tank’, like Leno, impressed elsewhere in the Bundesliga before joining Arsenal in 2017, on the fourth free transfer of his career.

Kolasinac never actually made a senior appearance for Stuttgart, having only briefly been in the club’s youth ranks back in 2010. He’s one of many they’d have done well to hold on to.

The Serbia international winger isn’t the flashiest name sold by Stuttgart in recent years but another solid Bundesliga stalwart they could certainly do with now. He was sold to Hamburg for €14million following their 2016 relegation.

Born and raised in Stuttgart, and with the club since he was eight years old, Khedira is the most successful academy graduate in the club’s history, having first emerged in their title-winning campaign of 2006-07, eventually becoming one of Jose Mourinho’s first signings at Real Madrid in 2010.

He’d go on to become a World Cup winner with Germany, with an extensive honours list that also includes the Champions League and a La Liga title at Real Madrid, and five consecutive Scudetti with Juventus.

With his career winding down and one year left on his contract in Turin, might a romantic return home be on the horizon?

Another product of Stuttgart’s youth system, Kimmich never made a senior appearance for the club and signed for newly-formed RB Leipzig in 2013, playing for them as they made their way up through the lower leagues.

A key player under Pep Guardiola and a vital element of Bayern Munich’s latest all-conquering, treble-winning side, he was an absolute steal at just €7million back in 2015.

Another Stuttgart native to come up through the academy, Arsenal signed the youngster on a £100,000 deal back in 2010 – but they had to wait until his 16th birthday for him to move to London.

It’s been a long path to the top, via Tony Pulis’ West Brom (as is seemingly contractually obligated to mention), but he’s a bonafide superstar now, scoring nine Champions League goals and 12 more in the Bundesliga as Bayern won the treble.

The striker made over 100 appearances for his boyhood club by the time he moved to newly-promoted RB Leipzig in 2016. Their world-renowned scouting department clearly his potential, because his numbers for Stuttgart weren’t especially impressive – 14 goals in 103 appearances.

But he’s become a world-beater at Leipzig, earning a €53million move to Chelsea  – over four times what they’d originally bought him for.

In ahead of Mario Gomez, who returned to Stuttgart to see out the final years of his career, having scored the goal to seal their promotion to the Bundesliga in his final appearance before retiring.

Solid if unspectacular, battering-ram striker Daniel Ginczek isn’t the best name in this XI but does a decent job holding up the ball for Wolfsburg.