A remarkable XI of players sold by Benfica since 2010: Dias, Silva, Felix… 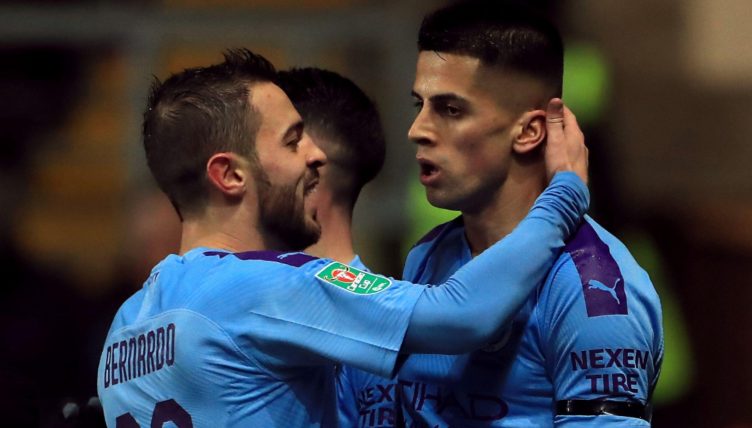 Some of the best players now plying their trade at European superclubs once had a spell at Benfica.

While producing a number of notable names through their excellent academy themselves, Benfica have obviously scouted well and are often responsible for bringing over some of the best talent from Latin America.

We’ve compiled a bloody impressive team of players sold by Benfica since 2010, organised in a 4-3-3 formation.

It takes some doing to get in ahead of Manchester City’s Ederson, but Oblak has established himself as one of the very finest goalkeepers in the world since making the €16million switch from Benfica to Atletico Madrid in 2014.

In 271 La Liga games, he’s conceded just 192 goals and kept 137 clean sheets. That, frankly, is absolutely f*cking mental. He’s blessed with a sturdy defence in front of him, but he’s established himself as one of the best keepers of his generation.

Despite some poor performances last season leading to some criticism, Oblak still remains up there with the world’s best.

The right-back, a Lisbon native, joined Barcelona for around €30.5million in 2017.

After an initial bright start, cracks started to appear in his defensive ability, and was utterly torn to shreds in Barcelona’s disastrous 8-2 Champions League loss to Bayern Munich.

A move to Wolves followed, where he has fared pretty well, but probably never truly recovered from the mauling he received from Alphonso Davies.

The Portugal centre-back has been imperious since moving to Manchester City in 2020 for around £61million, winning two Premier League titles and instantly becoming one of the best defenders in the league.

The 25-year-old’s impact on what was already a ridiculously strong team was recognised as he won the Premier League Player of the Season award, and he continues to impress in the heart of the City defence.

“He is a guy that can play every three days. He recovers immediately and his ability is incredible, as is his understanding of the game,” Pep Guardiola stated in January 2021.

“He wants to learn and all of us were impressed how he takes care of his body and mind, every day. We were surprised a lot.

“I can assure you that we signed one incredible player for the next five, six, seven years. That is not easy to find.”

The 35-year-old has been playing at the top level ever since he left the Eagles in 2011. A bewildering player at times, he’s nevertheless a force to be reckoned at his very best.

Quite a trophy haul, too. After winning the Primeira Liga with Benfica in 2010, he’s added two French titles at PSG before returning to Chelsea to win the Premier League under Antonio Conte in 2016-17.

There’s also the Champions League in 2012, while a year later he won the Europa League with the Blues, beating his former club Benfica in the final.

Luiz made a shock move to Arsenal in 2019, and despite some defensive calamities, he spent two seasons in North London where he was outstanding as the Gunners won the FA Cup.

His reputation as a defensive liability was fair at times, but harsh overall, as he became one of the best ball-playing defenders in the world for a number of years, and his strong leadership ability means he’s remembered fondly everywhere.

One of many Benfica players to end up at Manchester City, Cancelo took a weird route, initially leaving Benfica for Valencia in 2014 on loan, where he wasn’t all too highly rated.

A move to Juventus followed a loan to Inter Milan, where he often played as a left-back, before joining City in a swap deal for Danilo.

At City, he has played on both flanks and has rapidly become one of the best defenders in the world. His supreme technique means that he often tucks into midfield, and is now an integral cog in the City machine.

🎯 | How about that for a pass from João Cancelo?

The Belgian international was coveted by a lot of clubs across Europe, but ended up spending five years at Zenit Saint Petersburg before moving to Chinese side Tianjin Quanjian during the 2017-18 campaign.

The powerhouse midfielder then moved to Borussia Dortmund, where even approaching his mid-thirties, provided steel and intelligence in the middle of the park. He’s now turning out for Atletico Madrid.

Matic had two spells at Benfica between two spells at Chelsea, but when the Serbian moved to Stamford Bridge for the second time, he became one of the best defensive midfielders in Europe.

“Nemanja is a Manchester United player and a Jose Mourinho player. He represents everything we want in a footballer; loyalty, consistency, ambition, team player,” Mourinho stated after bringing him to Old Trafford.

The Portuguese coach loves him so much that he’s signed him yet again. Now 34, Matic does not have the legs to play like he did in his prime, but he’s still a useful asset for Mourinho’s Roma.

Benfica fans didn’t get to see a great deal of Silva, who made just one senior league appearance, but they can be proud their academy produced such a gem of a player.

After playing a starring role as Monaco won Ligue 1 and reached the Champions League semi-finals in 2017 Manchester City paid around £44million for the attacking midfielder.

The Portugal international has developed into one of the world’s best midfielders under Guardiola and is a regular starter for both club and country.

He’s a joy to watch.

Everything about this Bernardo Silva goal is magnificent 🔥pic.twitter.com/OlYriEDPoS

Di Maria was Real Madrid’s best player as they won La Decima in 2014 and may well have helped Argentina lift the World Cup that year had he not been injured for the final.

After enduring a strange, frustrating 2014-15 under Louis van Gaal at Manchester United, he since enjoyed a resurgence at PSG, remaining an important player in spite of stiff competition from Neymar and Lionel Messi last season.

Having won six Ligue 1 titles and registered 92 goals and well over a hundred assists in 295 appearances for the Parisiens, Di Maria waved goodbye to the Parc des Princes but is still turning out for one of Europe’s very top clubs at Juventus.

Those that follow Benfica will remember his raw talent between 2007 and 2010, helping them lift the title in his last season in the Portuguese capital. He will be remembered as one of the best creative talents of his generation.

One of football’s most exciting young talents, Joao Felix had a stunning breakthrough season at Benfica, with 20 goals and 11 assists as a teenager, helping them reach the Europa League quarter-finals.

A £120million move to Atletico Madrid followed, as a direct replacement for Antoine Griezmann. Whilst he is yet to fulfil his potential as an attacker in such a defence-minded side, the 22-year-old has already helped them win La Liga and at 22 still has a very bright future ahead.

We apologise for shifting him away from his more natural central support striker role out wide, where he’s made comparatively few appearances, but he was one of the first names on this teamsheet and was definitely getting in somewhere.

The Uruguayan hasn’t enjoyed the best start to his Liverpool career, but we’re backing him to bang in the goals once he settles in. He outscored Erling Haaland last season, after all.

READ NEXT: An ode to Angel Di Maria at Real & the best assist you’ve never seen