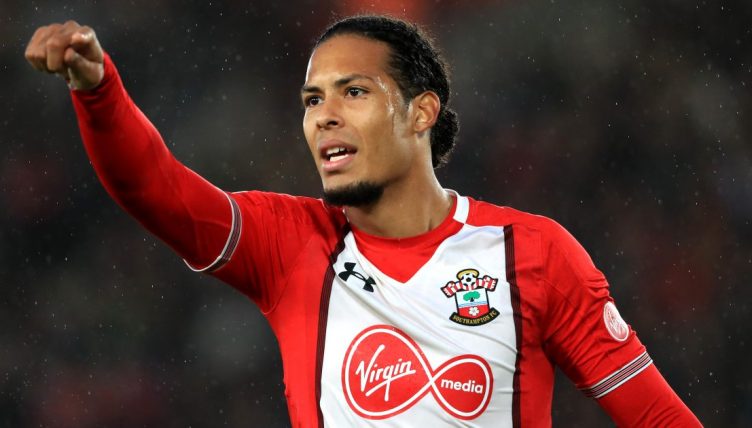 Despite having never been part of the ‘big six’ it’s hard to think of many sides in English football with a better track record when it comes to recruitment than Southampton.

Over the last decade, since their return to the top flight, the Saints have become renowned for brilliance in both producing talented players from their academy as well as their shrewd moves in the transfer market.

This has, however, lead to the club earning somewhat of a reputation as a selling side as their best players often look to move on to bigger things.

We’ve put together a full team of the best players around that were sold by Southampton in recent years. Where would this lot finish?

Admittedly we’re getting off to the most glamorous start here, but bear with us.

After the dramatic drop-off in form of number one ‘keeper Fraser Forster during the 2017-18 season, the Saints were in the market for a new shot-stopper with their search eventually bringing them to Manchester City academy graduate Gunn, who was signed for a fee of £13.5million.

The Englishman, one of the highest-rated young goalkeepers in the country at the time, initially made a strong start to life on the South coast, being awarded man-of-the-match on his Premier League debut against Chelsea and going on to make 17 appearances for the club during his first season.

Gunn would, however, lose his first-team spot to Alex McCarthy the following campaign and would play just 13 more times for Southampton before leaving the club for Norwich for an undisclosed fee last summer.

No, seriously, bear with us.

Chambers looked the real deal after being promoted to the Saints first-team in 2013, catching the eye with his superb ball-playing skills and positional awareness at right-back during the club’s second season back in the top flight in 2013-14.

The young full-back would eventually attract the interest of Arsenal the following summer, moving to North London for a fee of £18million where he unfortunately never quite managed to live up to his early promise, eventually moving on to Aston Villa in January 2022.

Southampton’s record departure has not been bad at Liverpool, has he? 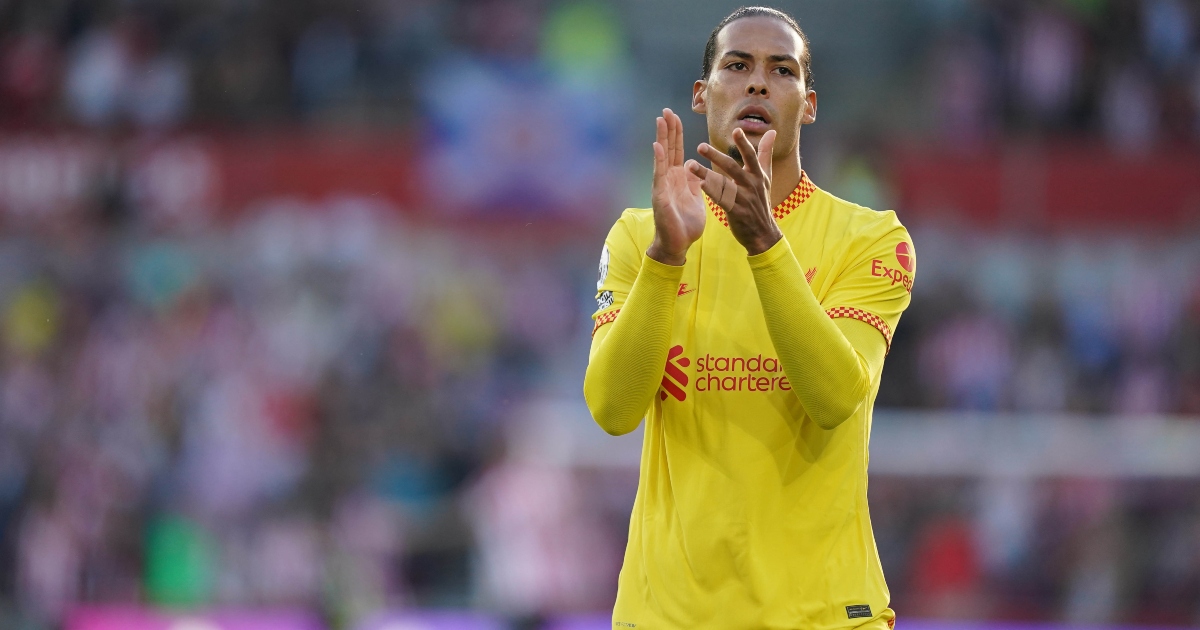 With over 280 appearances to his name at St Mary’s, it’s fair to say Southampton got their value for money from the £1.2million they paid for Portuguese centre-back Fonte in 2010.

Despite joining the club while they were playing in League One, Fonte remained a regular figure in the Saints line-up as they rose up the divisions during the early 2010s.

Eventually becoming a main-stay in the side as they established themselves in the Premier League, missing just four league games at one point between the 2013-14 and 15-16 seasons, thanks to his brilliant tackling and superb aerial abilities.

Fonte did eventually, however, leave the club for West Ham for a fee of £8million in January 2017, though his stay in East London would last just 13 months before he departed for a brief stint in the Chinese Super League.

He’s enjoyed a real resurgence in recent years, still turning out for Portugal at the age of 37 and playing a key role in Lille’s miraculous Ligue 1 title win in 2020-21.

Playing as the opposite full-back to Chambers during that same 2013-14 campaign, fellow academy star Shaw would also make a big money to move to one of English football traditional giants during the summer of 2014 – this time to Manchester United for £30million.

Shaw has without a doubt become the bigger success story of the two, however, rapidly emerging over the last two seasons as one of the Premier League’s best left-backs.

It has not always been an easy road for the Englishman since leaving the south coast, especially after suffering a double leg-break during a game in 2015, but his pace and fondness for an attacking run makes him look set to occupy the left flank for both United and England for years to come.

Also the first and only player to score for England in a major final since 1966.

Now I’ve got over it a bit, Luke Shaw’s finish in the Euros final was quality. pic.twitter.com/7noWe4JtMK

Possibly one of the hardest-working players in the Premier League today, Hojbjerg was something of an unsung hero during his time at Southampton.

The Danish midfielder joined Saints from Bayern Munich for a fee of £12.8million in 2016 and quickly began to turn heads thanks to his energy, tirelessness and a surprising amount of pace.

It was little surprise then when Jose Mourinho decided the bring the holding midfielder to Tottenham, where he has continued to impress as one of the club’s most consistent performers long after the manager’s departure.

One of the many players who took the much-travelled road from St Mary’s and Anfield during the 2010s – Lallana really looked as if had the quality to go on and become a world-class player after impressing during Southampton’s first season back in the Premier League during the 2012-13 season.

Another graduate of the academy, Lallana spent eight years in Saints’ first team, making 265 appearances for the club, before departing for Liverpool in 2014.

His quick feet and superb dribbling abilities initially marked the Englishman out as a true talent, but a long string of injuries began to take their tole playmaker with him only making over 30 Premier League appearances twice in six seasons on Merseyside.

Despite showing flashes occasionally of the quality player he could be, Lallana never quite managed to bring it all together – departing Liverpool for Brighton 2020 and leaving him as a true “what if?” player.

Another player who has gone on to enjoy further success after leaving the Saints, Dusan Tadic could now easily claim to be one of the most effective attacking midfielders playing in Europe at the moment.

The Serbian playmaker endured a somewhat mixed spell at St Mary’s after joining in 2014 though, never hitting more than seven goals in any of his four Premier League seasons.

Tadic eventually left Southampton for Ajax for around £10million in 2018 where he had a nearly unbelievable first campaign in the Eridevese, scoring 38 goals in all competitions as well as earning a man-of-the-match award after scoring and assisting two in Ajax’s shock 4-1 win over Real Madrid in March 2019 – a legendary performance that saw him awarded a rare 10/10 from L’Equipe.

The midfielder has gone to win three top-flight titles in his time with Ajax as well as being named the Eredivisie’s footballer of the year after the 2020-21 season. He often plays further forward for the Dutch giants, but we’re fitting him into midfield here. 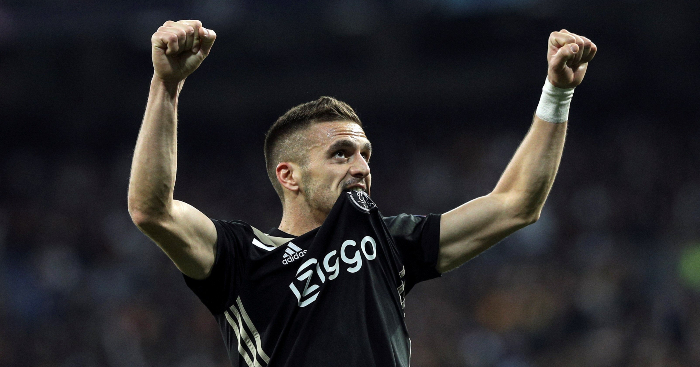 READ: The 11 players in history awarded a perfect 10/10 from L’Equipe

The fact that Bale, who was at one time the world’s most expensive player, is arguably not even the biggest success story on this list truly speaks of how sensational Southampton’s recruitment and academy set-up has been over the last decade.

The Welshman spent eight years in the set-up with his boyhood club and made 45 appearances for the first team, nearly all at left-back, before leaving for Tottenham in 2007 in a deal worth £10million.

Bale’s story is of course a well-known one, he quickly became renowned as one of the world’s best players while in North London before moving to Real Madrid for a then-world-record transfer fee of £85million in 2013 – where he would go on to win just the five Champions League titles. No British player in history has more.

Even as a 17-year-old, Gareth Bale was special ☄️

Only the third African player to hit 100 Premier League goals (21 for Saints) after Didier Drogba and Liverpool team-mate Mohamed Salah, he leaves English football having made a hell of an impact and we have absolutely no doubts he’ll continue to tear things up at Bayern.

An integral part of Jurgen Klopp’s Liverpool conquering the world, a bloody brilliant footballer and a top bloke to boot. 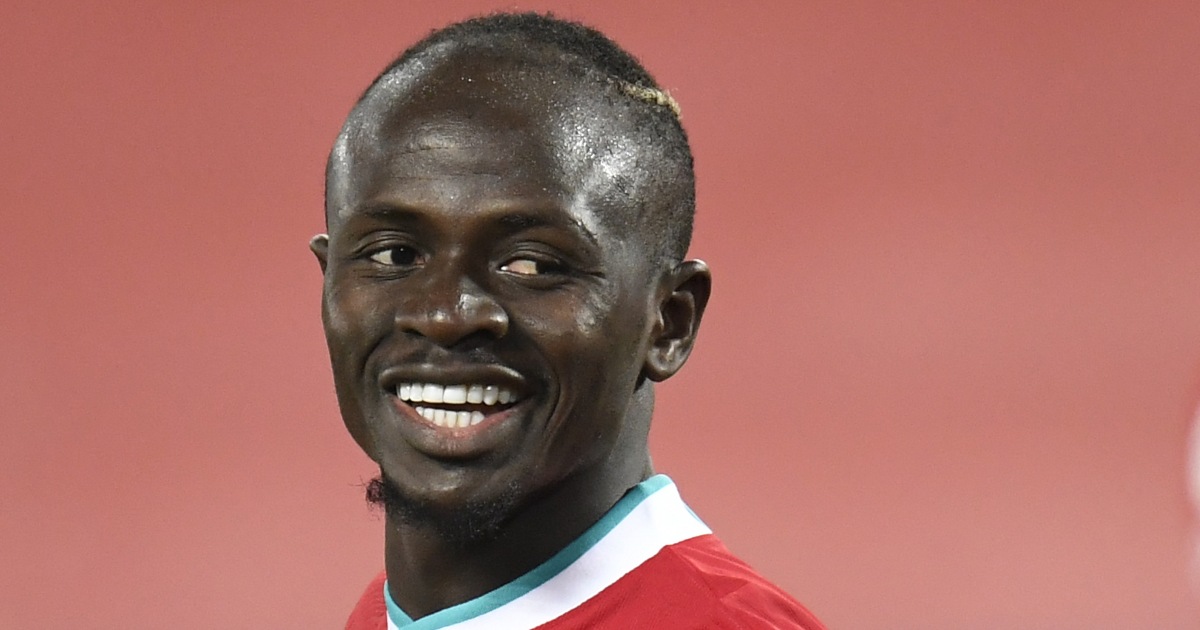 READ: Eight times Liverpool’s Sadio Mane was the nicest man in the world

Liverpool are famous for pillaging Southampton’s best players in recent years, but here’s an example of a brilliant bit of business in the opposite direction.

Thanks to a combination of injury and poor form, Ings made just 14 Premier League games in four years at Anfield. Saints opted to take a punt on the then 26-year-old, bringing him on firstly on loan and then permanently in 2019, where he quickly re-found his goal-scoring touch.

Ings went on to score 46 goals in 100 appearances for Southampton, re-emerging as one of the Premier League’s best strikers and earning him the club’s player of the year award for the 2019-20 season. He departed for Aston Villa in 2021, leaving a void up top but a healthy £7million profit in the bank.