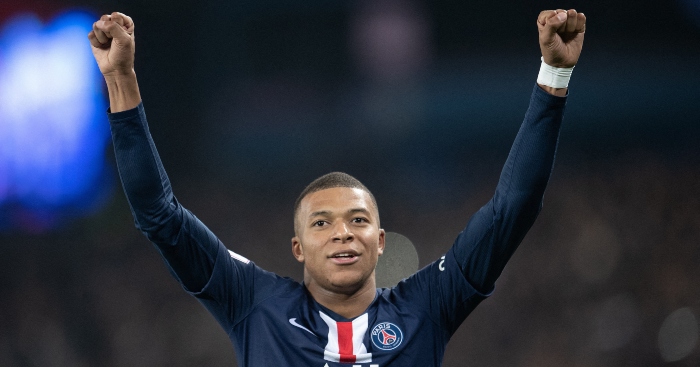 Despite beating Barcelona to the La Liga title in 2019-20, Real Madrid have still been linked with dozens of high-profile players.

Madrid will undoubtedly want to strengthen this summer as they look to build another team capable of challenging for the Champions League.

We’ve rounded up an impressive XI of players Madrid have been linked with this summer, arranged in a 4-3-3 formation.

It seems unlikely Madrid will strengthen their squad with a goalkeeper after Thibaut Courtois rediscovered his best form in 2019-20, winning the Zamora Trophy in the process.

But the Sun report that they are planning a fresh bid to sign De Gea, who recently signed a new contract at Manchester United worth a reported £375,000-a-week.

Dani Carvajal is firmly established as Madrid’s first-choice right-back and Alvaro Odriozola is set to return from his loan spell at Bayern Munich.

While this might not seem like an area they need to strengthen, Don Balon claim that Madrid are weighing up a move for Kimmich after selling Achraf Hakimi to Inter Milan.

Badiashile made 16 Ligue 1 appearances for Monaco in 2019-20 and is regarded as one of the brightest prospects in French football.

According to AS, Madrid believe that he could be ‘the next Raphael Varane’ and are weighing up a move for the talented 19-year-old.

‼️🚨🇫🇷 "Badiashile – the new Varane" – Zidane keeps a close watch on the 19-year-old Monaco center-back who is 192 cm tall. The signing of a fourth center-back is a priority for Real Madrid. @diarioas pic.twitter.com/CWVl7vFSMj

Alaba has been an ever-present for Bayern Munich over the last few years, but he has just one-year left on his contract with the Bundesliga side and is unlikely to renew.

Madrid are reportedly ready to take advantage of the situation and Bild claim that Zinedine Zidane has given the green light for officials to launch an approach for the defender.

But he is looking for a net salary of over €10million per season and that could be a potential stumbling block.

Given Madrid already have Ferland Mendy, there should be little surprise that its slim pickings in the gossip columns when it comes to left-backs.

But with Marcelo being linked with a move to Juventus, there could be room in the squad for another option.

Portuguese outlet Record claim that Madrid have expressed an interest in Mendes, who has enjoyed a promising breakthrough season at Sporting Lisbon.

Real Madrid are interested in young left-back Nuno Mendes. Los Blancos have made their intentions known about the 18-year-old to Sporting CP, although the Portuguese club are holding out for 45 million euros. [Record] pic.twitter.com/nkJBMN0VEN

Madrid signed Eden Hazard from Chelsea in 2019 and are reportedly set to raid the English side for the second consecutive summer.

Kante struggled with injury problems in 2019-20 but is still one of the best defensive midfielders in the world and helped France to World Cup glory in 2018.

According to AS, Madrid are set to revive their interest in the 29-year-old and could make an offer in the region of £71million.

Camavinga is regarded as one of the most promising young talents in European football after an incredible breakthrough season at Rennes.

The 17-year-old made 25 appearances in Ligue 1 in 2019-20 and has been heavily linked with Manchester United, Paris Saint-Germain and Bayern Munich.

Marca report that Madrid view Camavinga as a long-term replacement for Casemiro but his club won’t be letting him go cheaply.

“If Real Madrid offer €80million for him as is being talked about, the answer is no,” Rennes sporting director Florian Mauric told RMC Sport in July.

“We want him to stay so that he keeps developing at Rennes. For me it is clear, this player must be part of the project for the coming season. We want to continue with this player.” 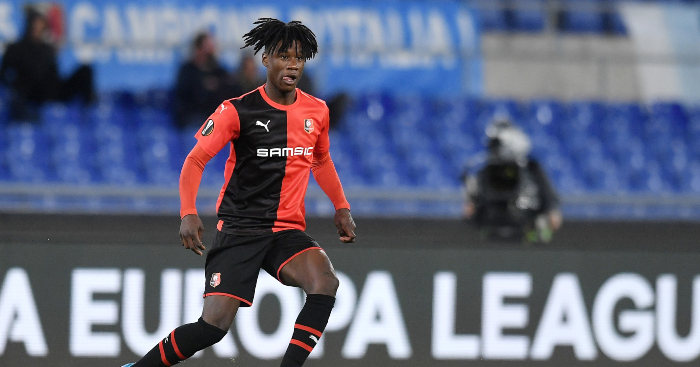 Luka Modric and Toni Kroos have been integral to Madrid’s recent success but the pair are both entering the twilight years of their careers and Zidane is eager to bolster his midfield options.

Aouar is reportedly attracting interest from several Premier League and European clubs after starring for Lyon on their way to the Champions League semi-finals.

According to Mundo Deportivo, Madrid are keeping a close eye on the midfielder and are ‘very attentive’ to the situation.

Mbappe has been heavily linked with a move to the Santiago Bernabeu ever since he burst onto the scene during his time at Monaco.

He is under contract at Paris Saint-Germain until 2022 and AS report that the 21-year-old is Madrid’s leading summer transfer target.

But it seems highly unlikely that the Spanish side will be able to raise the funds required for a move for Mbappe in this transfer window.

🇫🇷 Kylian Mbappé has 5 goals and 5 assists in 8 UCL games this season…#UCL pic.twitter.com/uYO0P7fsob

Haaland became one of Europe’s most sought-after young talents in 2019-20 and Marca claim that Madrid have stepped up their efforts to sign the striker this summer.

But the 20-year-old only joined Borussia Dortmund in January 2020 and is unlikely to want to move again in this transfer window.

“I don’t think much about the future, I live in the present and decide what is best for my career at each specific moment,” Haaland told the Funke Media Group in June.

“So I joined Dortmund in winter with a lot of conviction. They are one of the best teams in the world, I have signed a long contract and I have practically just arrived. So now I don’t think about leaving at all.”

Eden Hazard has failed to live up to expectations in his debut season at Madrid and Zidane is reportedly contemplating alternative options.

Mane has developed into one of the best wingers in the world at Liverpool, helping the Reds win the Premier League title in 2019-20.

According to French outlet Le10Sport, Zidane is a long-term admirer of the 28-year-old and Madrid have made contact with his agent.

Where are they now? The Real Madrid team from Iker Casillas’ debut in 1999