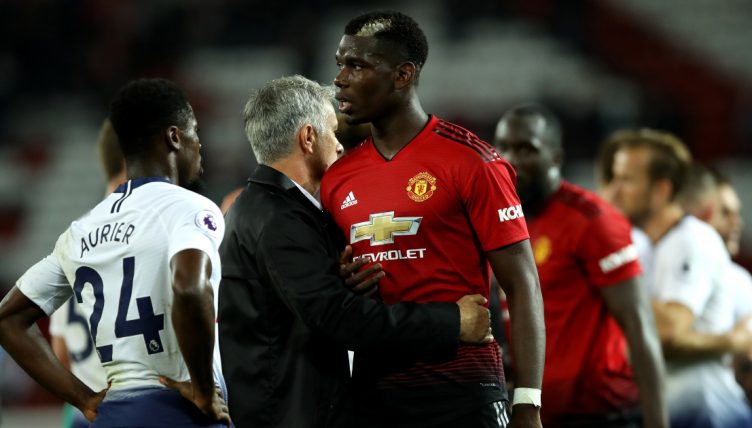 He may no longer be the manager of Manchester United, but Jose Mourinho and Paul Pogba’s war of words continues.

Since returning to Old Trafford from Juventus in 2016, Pogba’s form has been up and down – at times he has shown his tremendous ability, but he has also come in for some heavy criticism.

Reports of a falling out with Mourinho put the duo under the spotlight and we’ve looked back at how their relationship developed before and since before the manager’s departure in December 2018.

August 2016: Pogba joins United in a world-record £89million move, saying: “I am really looking forward to working with Jose Mourinho.”

Mourinho describes the midfielder as “one of the best players in the world” and says he “will be a key part of the United team I want to build here for the future”.

August 2016: After missing the first two games of the season due to suspension, Pogba impresses on his second debut for the club, recording more passes, touches, shots and winning more duels than any other United player in a 2-0 win against Southampton.

“The boy is fantastic,” says Mourinho, who also lauds “such an ego, such a personality”. 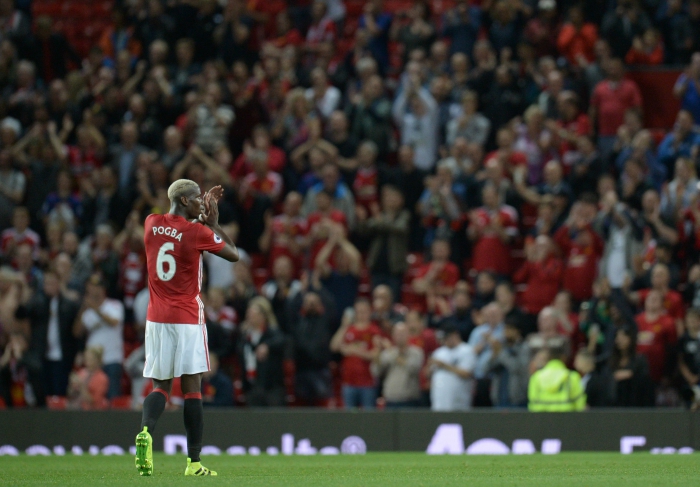 September 2016: The first signs of Pogba not fitting into Mourinho’s system emerge in United’s 2-1 home defeat to Manchester City.

Jamie Carragher says: “The performance of Paul Pogba: It was ill-disciplined. He was like a kid in the schoolyard, running where he wants and doing what he wants.”

October 2016: Following a 4-1 win over Fenerbahce in which Pogba scored twice, Mourinho slams the “Einsteins” in the media who have criticised the midfielder.

“First of all, in some of your mouths, he goes from the worst player in the Premier League to a great player in 48 hours… We know he is a very good player. We know he needs some time to show his potential.”

January 2017: Mourinho backs Pogba to eventually become United’s captain: “He has the charisma, the ambition, the mentality and he’s a good professional.”

February 2017: With Pogba’s performances continuing to attract criticism, Mourinho suggests the France international’s world-record transfer will be made to look “cheap”.

“I think he has phenomenal conditions, but I think the scrutiny on him is hard, is difficult,” he says. “But that’s the price of being who he is and is also the price of his price.” 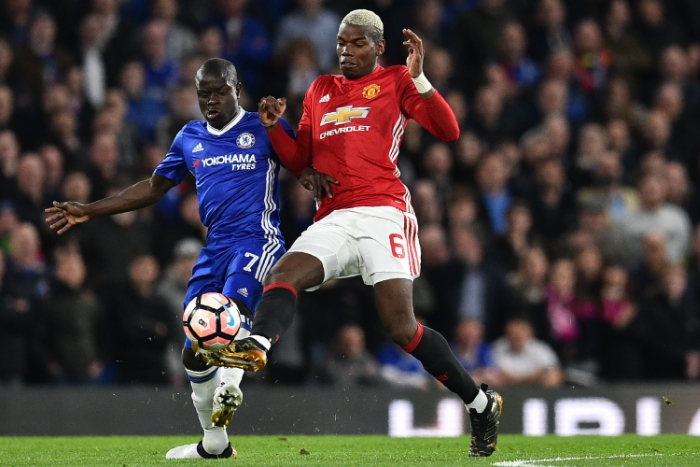 March 2017: Pogba struggles in an FA Cup defeat at Chelsea, but Mourinho continues to back the player and accuses his critics of being jealous at how much he earns.

“It probably comes from envy but, for me, Paul Pogba was by far the best player on the pitch. He was a giant on the pitch.”

June 2017: After United end the season having won the League Cup and Europa League, Pogba says Mourinho deserves his ‘Special One’ moniker and insists they have a good relationship.

“Personally, he welcomed me, we had a talk and I had a good feeling from the first moment on. He trusted and defended me. That’s all a player needs.”

September 2017: After a bright start to his second season, Pogba suffers a hamstring injury which leads to a prolonged period on the sidelines. According to The Sun, Mourinho is unhappy that the player flew to Miami to recover rather than stay in Manchester.

November 2017: Mourinho labels Pogba “different class” after the midfielder makes his return in a 4-1 defeat of Newcastle.

January/February 2018: Pogba is hauled off just over an hour into defeats at Tottenham – where he also has a heated debate with Mourinho on the touchline – and Newcastle. The games sandwich a win over Huddersfield in which he was dropped to the bench.

"Where's the Paul Pogba we saw at Juventus? The player they bought…" 👀

February 2018: Mourinho praises the “professionalism” of the player after Pogba is left on the bench for the first leg of the Champions League clash with Sevilla, only to be called upon after Ander Herrera suffers an injury with only 17 minutes played.

“A player when he is starting the game has a different kind of preparation for it and it is easier. To be on the bench and to come on without warming up and get into the pace is not easy. I think he had a very positive game for us.”

March 2018: Pogba and Jose Mourinho are ‘barely on speaking terms’, according to The Sun, and are instead communicating through assistant manager Rui Faria, amid reports he could be sold in the summer.

August 2018: Reports from The Times at the start of the month suggest Pogba is angry with Mourinho’s comments about the player’s performances during France’s World Cup triumph. Mourinho claimed the short nature of the tournament ensured Pogba could not get distracted by external matters.

Despite returning back for pre-season late due to the World Cup, Pogba starts and captains United in their opening match of the season against Leicester City, opening the scoring and winning man of the match in a 2-1 victory. Afterwards, the midfielder insists he will always give his best for those that “trust” him.

Those comments spark a host of reports suggesting Pogba wants to move to Barcelona, while The Sun go as far as stating his relationship with Mourinho has hit a “new low”.

United contract Sky Sports reporter James Cooper to rubbish The Sun’s story. They are “angry” and “incensed” with the report, which they describe as “absolute nonsense”.

In an interview with Sky Sports, Mourinho says: “I have never been so happy with [Pogba] as I am now.” He adds: “I couldn’t be happier and I have to say – I am not saying for me, I am saying for him – that it is totally untrue that we had a problem during the week.”

September 2018: United start the season in turbulent fashion and Pogba expresses his frustration with United’s tactics following a home draw against Wolves.

“I think teams are scared when they see Man United attacking and attacking. That was our mistake today.”

In response, Mourinho tells Pogba he will never captain United again under his leadership but tells reporters: “The only truth [to the reports] is that I made the decision for Paul not to be the second captain anymore. But no fallout, no problems at all.

“I’m the manager I can make these decisions, no fall out at all, no problems at all. Just a decision I do not have to explain.”

December 2018: As Liverpool and Manchester City set the pace, United are struggling to string together any consistent run of results and Mourinho took his frustrations out on Pogba after a draw at Southampton left them 7th

An Old Trafford source told The Sun: “Jose called Pogba a virus in front of all the players. He told him ‘you are like a person with the flu or a virus in a closed room – you pass that virus to the others.

“He also told him ‘you don’t play, you don’t respect players and supporters and you kill the mentality of good, honest people around you.’”

But Pogba in return complained that Mourinho’s tactics left him with nobody to pass to. The relationship was clearly becoming beyond repair.

December 2018: Mourinho has alienated himself at Old Trafford and is sacked following a 3-1 defeat at arch-rivals Liverpool. Tellingly, he leaves Pogba on the bench throughout.

BBC pundit Robbie Savage says afterwards: “I don’t think Pogba has a future at the club. The big question is, who will be at United longer, Mourinho or Pogba? United have been embarrassed here today and you’ve got Paul Pogba, who cost £89m, unused on the bench.”

On the day of Mourinho’s sacking, a post on Pogba’s Twitter account said “caption this”, along with a knowing expression on his face, before being deleted.

April 2021: Mourinho ends up at Tottenham, where things quickly begin to mirror his spell at Old Trafford.

United gradually improve under Solskjaer and dismantle Tottenham 3-1 in north London. Following the game, Mourinho is seen greeting Pogba and Luke Shaw with a face like thunder.

In the week after the game, Pogba launches a stinging attack at his former manager. Speaking to Sky Sports, he says: “Once I had a great relationship with Mourinho. Everybody saw that and the next day you don’t know what happened. That’s the strange thing I had with Mourinho and I cannot explain to you because even I don’t know.”

The France international added: “What I have now with Ole (Gunnar Solskjaer) is different because he wouldn’t go against the players. Maybe Ole wouldn’t pick them, but it’s not like he puts them on the side like they don’t exist any more. That’s the difference between Mourinho and Ole.”