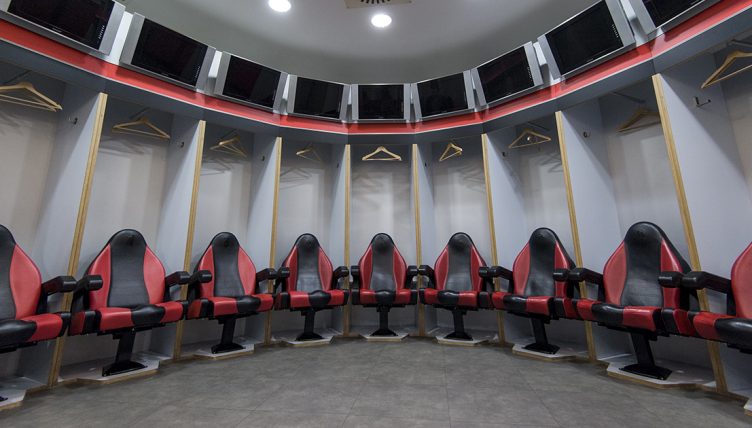 AC Milan are to allow their supporters to choose a new motto to appear inside the home dressing room at the San Siro.

Milan have become the latest major club to launch a Fan Token on Socios.com, and with games currently being played behind closed doors, the Serie A giants are giving their over 500 million fans around the world the chance to inspire the team in a different way in their first poll on the fan engagement and rewards platform this week.

AC Milan join clubs including Barcelona, Juventus, Paris Saint-Germain, AS Roma, Atletico de Madrid, Galatasaray and Trabzonspor to have partnered with Socios.com, officially launching the $ACM Fan Token last Thursday. More major clubs are set to launch Fan Tokens in the near future, too, with pre-sale Locker Tokens for Manchester Blue and The Galacticos selling out.

Notable examples of fan engagement include fans choosing the team for friendly matches and picking the kit for the following season. Fan Token holders have also taken part in live pre-match press conferences, voted on the goal celebration song to be played every time the team scores and much more.

🙌We're not done just yet.

To celebrate the launch of $ACM, we're rewarding 2 fans with an incredible matchday experience for @acmilan's first match back with fans at San Siro.

At the same time, these digital assets are opening a new revenue stream for the sports industry, enabling organisations to make up for the shortfalls caused by the Covid-19 pandemic and the ban on betting sponsorship recently issued by the Spanish and Italian governments.

Losses from gambling sponsors cost Serie A teams around €100million in combined revenue last year, and the losses for La Liga clubs will be very similar. Meanwhile, UK government ministers have recently indicated that a ban on football shirt sponsorship is incoming.

During one of the most challenging years the sports world has ever faced, blockchain start-up Socios.com generated $30million in 2020 through the sale of Fan Tokens, helping to fill the huge revenue chasm caused by Covid-19 for their platform partners. The company is aiming to vastly increase that figure in 2021.

Mauro Tavola, Partnerships Director at AC Milan said: “We are delighted to be able to activate our partnership with Chiliz and launch our very first poll on Socios.com – allowing our over 500 million fans across the world to have their voices heard. This first poll is a special one for our fans as it lets them decide on a winning message to be placed inside the first-team dressing room at the San Siro, which is a fantastic way for our fans to be closer to the team in these difficult times.”

Alexandre Dreyfus, CEO and Founder of Chiliz and Socios.com said: “AC Milan have become the latest giant of the sports world to launch a Fan Token on Socios.com, creating an amazing new opportunity for their massive global fanbase to get closer to the club than ever before.

“Socios.com is the all-in-one fan app, giving supporters access to multiple polls each season, once-in-a-lifetime VIP rewards and experiences, exclusive promotions, digital collectables, chat, games and the chance to be recognised as a superfan.

“Fans can get their $ACM Fan Tokens now and be ready to play their part in the first poll, creating and then voting on an inspiration fan message to go inside the heart of the home dressing room and inspire the players for the rest of the 2020-21 season.”