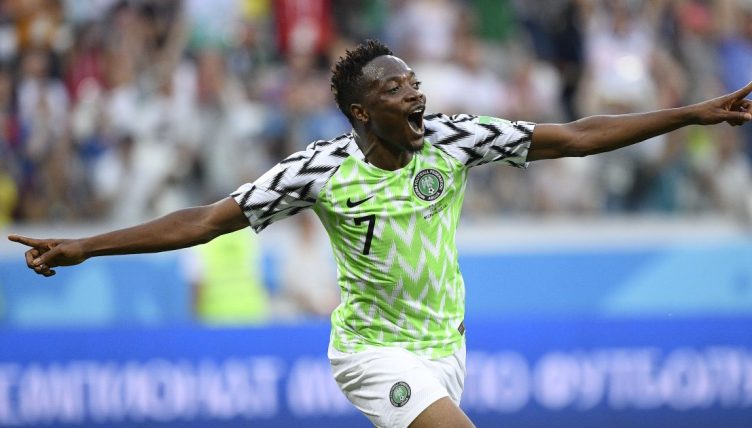 With former Leicester City winger Ahmed Musa rejoining his old side Kano Pillars without a salary, we look at seven other footballers who played pro bono.

His cumulative transfer fees amount to £37million, he has nearly 100 caps for Nigeria, and he’s still only 28.

So Kano Pillars have clearly done well to sign Musa on a free transfer… with no obligation to pay him wages.

Musa left Saudi club Al Nassr last October and nearly joined West Brom in January, but the former Leicester attacker has now returned to his first club to help out while regaining fitness.

“Musa is someone who is more concerned about giving back to the club that made him, and he is not coming here to do this for money,” said Shehu Dikko, chairman of Nigeria’s League Management Company.

“He is not getting paid for playing for Pillars. That is the kind of person he is.”

Exclusives pictures from @Ahmedmusa718 first training since his return to the club. pic.twitter.com/4EdTQu4IZv

But Musa is not alone in playing professional football for free. Over the years, players at various levels have renounced payment in order to make a comeback, give to charity or help a financially struggling club.

Here are seven others who played gratis.

When 37-year-old Beckham signed a six-month deal with PSG in January 2013, the French club agreed to pay him £170,000 per week, such was his value on and off the field.

But lovely Becks pledged to give every cent of those wages — totalling £3.4million — to a Parisian children’s charity.

“It’s something I’m not sure has been done before,” he said. “But I’m passionate about children and the charity.”

He won the league, had a bit of a cry, then retired. Good lad. 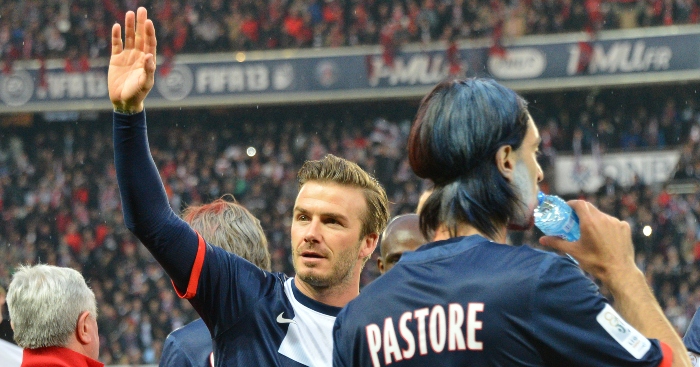 When David Gold and David Sullivan took over West Ham in January 2010, their first order of business was to sign three mediocre strikers on winter deadline day.

One was Brazilian striker Ilan, who scored some important goals but disappeared at the end of the campaign. Benni McCarthy, meanwhile, was a total disaster, and the Hammers offered him £1million to terminate his contract within a year.

Loan signing Mido was something else altogether.

Although crap on the pitch — he failed to score in nine appearances — the Egyptian was willing to give up his £48,000-a-week wages from Middlesbrough in order to play for West Ham.

He picked up a nominal £1,000 per week from the London club, but in some ways that’s less than nothing.

“I know [it] will make me one of the poorest-paid players in the league,” he admitted. “Sometimes you have to look to the future, and I believe I am investing in myself.”

At just 16, midfielder Thorne made his senior debut for West Brom after coming up through the academy.

He then spent six years at Derby, but he suffered a serious injury in his first season and was later loaned out to League One clubs. In September 2019, while on loan at Oxford United, he dislocated his shoulder on his debut.

In February 2020, a determined Thorne returned to Oxford on a short-term deal and agreed to play for free — admirable, but obviously the stuff of FIFPro nightmares.

“I want to just find the love for it again, get myself playing,” he said. “I’m a free agent in the summer and I’ve only just turned 27 so I still see myself having another good six or seven years.”

Still just 28, Thorne has been without a club since last summer.

In the last season of that final spell, aged 38, Berg decided to play for free in order to lessen the club’s financial troubles.

“Bodo/Glimt need the money more than I do right now,” he said.

The gesture cemented Berg’s legend status at the club, who currently have his nephew, 23-year-old Patrick Berg, on the books.

Hammersmith-born Campbell has an unusual goalscoring record, in that his best Premier League goal tally of 13 (with Ian Holloway’s Blackpool, 2010–11) is higher than his best Championship goal tally of 11, despite playing much more football in the latter.

In 2013, while at Blackburn, Campbell was wrongly implicated in a match-fixing scandal but was not cleared of wrongdoing until August 2014.

The striker still had trouble earning the trust of employers, so at the start of the 2014–15 season, aged 32, he agreed to play for Maidenhead United in the Conference South without taking home a paycheque.

“It was difficult because after all I had worked for, it tarnished my name and even now you still have managers saying this and that,” he said.

“But I can’t change any of that. All I can do is focus on getting back to where I was. Hopefully I can do that.”

Campbell scored four goals in nine games for Maidenhead but was unable to secure a move back to a Football League club.

Winger Etxeberria spent 15 years at Athletic Bilbao, scoring 104 goals in 514 appearances after joining in a controversial move from Basque rivals Real Sociedad in 1995.

In his last campaign, aged 32, he donated his wages to the club’s foundation. “It’s an idea I’ve had for years,” he said.

We’re not sure whose idea it was to organise Etxeberria’s testimonial match as a game of 11 pros vs 200 children, but good on them.

Things quickly went sour for pretty much everyone. Although Ibisevic scored once in the DFB-Pokal, he picked up just 154 minutes in the Bundesliga and had a bust-up in training with assistant manager Naldo. The contract was consequently dissolved in December.

“Unfortunately, Schalke hasn’t proven to be the right fit that we had promised each other,” said Jochen Schneider, Schalke’s head of sport and communication.

“I would like to make it clear that this decision has nothing to do with the emotional outburst in training last Sunday. That’s something that can happen in football.”

Ibisevic is currently a free agent, while Schalke will be hoping for some Ibisevic-level charity from the rest of their well-paid squad after suffering a humiliating relegation.