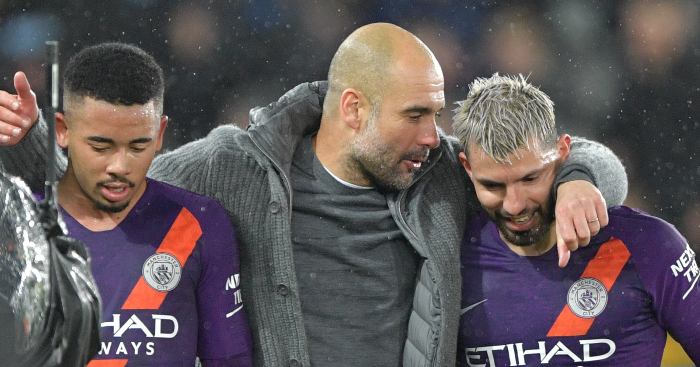 The Premier League can boast some of the richest players and clubs in the world, but the disparity between rich and poor has arguably never been greater.

Here’s the Premier League’s 20 squads ranked from least to most valuable. It’s worth noting that market value and what a player is likely to sell for are two very different things.

This shouldn’t come as much as a surprise, seeing as the newly-promoted club didn’t spend heaps of money and still boast a handful of players from their League One days.

The Blades’ entire squad is valued at £82.31m, with summer signing Oli McBurnie top of the tree at £10.8m and John Lundstram – scorer of the winner against Crystal Palace – among several players valued at less than £2m.

Norwich spent very little after returning to the Premier League, but the presence of young talents with huge upsides see their squad valued at £109.44million

The third promoted team rounds out the bottom three, despite Villa’s hefty spend over the summer.

Their most valuable player is £22.5m Jack Grealish, closely followed by summer arrival Wesley (£18m), with Henri Lansbury (£1.35m) are down the other end.

Chris Wood and defender James Tarkowski are Burnley’s highest-valued players at £16.2m, but only two others, Jack Cork an Dwight McNeil, both of whom are valued at £13.5m, come in at more than £10m.

As with many other clubs, back-up goalkeepers take the bottom spots. In the Clarets’ case that’s Bailey Peacock-Farrell – who impressed for Northern Ireland in their Euro qualifier against Germany – and backup-to-the-backups Adam Legzdins.

Andrew Crofts (£315k) is unsurprisingly down at the bottom. The 35-year-old joined over the summer in a player-coach role and it would be a surprise to see him in Premier League action any time soon.

Record signing Ismaila Sarr is one of three players valued at more than £20m, along with Abdoulaye Doucouré and Gerard Deulofeu, while back-up goalkeepers Heurelho Gomes, Pontus Dahlberg and Daniel Bachmann are among those bringing up the rear.

Wilfried Zaha (£49.5m) tops the charts at almost three times the value of any other Palace player, with Luka Milivojević clear in second (£18m).

Among those with first-team minutes in the 2019-20 season, Martin Kelly and Connor Wickham are down the bottom, both with a £2.7m market value. Kelly’s fellow defenders Scott Dann and Joel Ward aren’t much higher up.

Southampton’s squad is another valued at a little over £200m, with the departure of Mario Lemina and Wesley Hoedt helping bring the average down. There are still a few players in the £15m-20m bracket, though, with Jannik Vestergaard and Nathan Redmond (both £18m) topping the pile.

Those with the lowest market value are both academy players, with Sam McQueen clocking in at £900k and Michael Obafemi at £1.8m.

Three recent big-money signings account for £72million on their own, with record buy Joelinton (£31.5m) relegating Allan Saint-Maximin and Miguel Almirón to the podium places.

The lower-ranked players include one man who has to be a leading candidate for the ‘I didn’t know he was still there’ award: £900k-rated winger Henri Saivet, who was signed by Steve McClaren back in January 2016.

Most of the lower-valued players are yet to play for the first-team.

Fans of uniformity will be delighted to know the Cherries’ squad includes not one but three players valued at £27m: Callum Wilson, Ryan Fraser and David Brooks.

They are not the most valuable players, though – that honour goes to Nathan Aké at £31.5m.

West Ham’s squad seems thin to the point of irresponsibility after a number of summer sales, with their squad valued at more than £50m less than Leicesters but carrying a higher average per player.

Leicester’s midfield stars account for more than £100m of their squad’s market value, with James Maddison and Youri Tielemans (both £40.5m) ahead of Wilfred Ndidi (£31.5m).

Veterans Wes Morgan and Eldin Jakupovic are down the bottom along with Matty James and Bartosz Kapustka, neither of whom featured in the Premier League last season.

Everton have packed their squad with highly-valued players, as well as failing to shift some expensive fringe players, and this leaves the Toffees with a squad worth £455.4m.

Summer signing Moise Kean (£36m) is third behind £45m-valued RIcharlison and £36m Jordan Pickford, while forgotten men Cuco Martina and Maarten Stekelenburg are down at the bottom.

Despite their squad being valued at a hefty £615m, Arsenal still trail their top-six rivals by some distance in this regard.

No prizes for guessing the top three, with Pierre-Emerick Aubameyang and Alex Lacazette inseparable at £63m, just behind Nicolas Pépé (£67.5m).

Only Manchester City have spent more over the past five years than the Red Devils, but that’s not reflected in the value of their squad as it stands, with four teams ahead of them.

N’Golo Kante (£90m) is the Blues’ most valuable player following the departure of Eden Hazard, with Jorginho, Kepa and Christian Pulisic all coming in at over £50m.

Willy Cabellero brings up the rear at £900k.

At the other end, apart from back-up keeper Paulo Gazzaniga at £1.8m, even the fringe players have got decent values, with Oliver Skipp next at £7.2m.

Alisson, Roberto Firmino and Trent Alexander-Arnold are all valued at £72m, with Andrew Robertson (£54m) the only other player said to be worth £50m+.

With age on his side, Raheem Sterling is City’s most valuable asset at £126m, ahead of Kevin De Bruyne £117m.

Leroy Sané and Bernardo Silva are both valued at £90m, and incredibly there are another seven – Rodri, Aymeric Laporte, Ederson, Gabriel Jesus, Sergio Aguero, Riyad Mahrez and John Stones all valued at more than £50m.