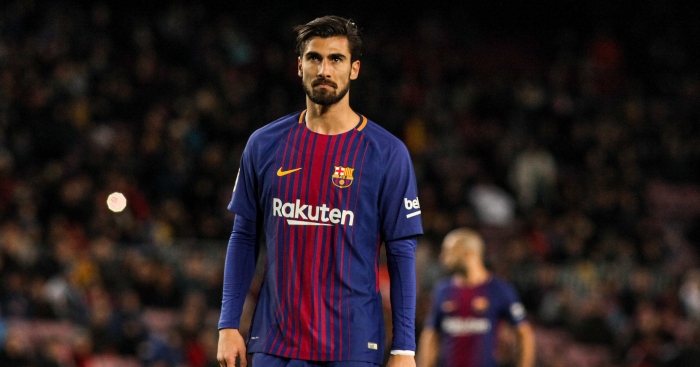 Making smart purchases in the transfer market is crucial for the world’s biggest clubs, but getting good money for your deadwood is just as important, and Barcelona have improved in this area of late.

The European giants have made some big sales, too, but it’s not every day you can offload a player like Neymar for more than £200million.

In order to keep the squad fresh, it’s crucial to sell well in addition to buying well, and Barça have found the key to this of late. All the following players featured in fewer than half of the club’s league games the season before they were sold, and plenty fetched a decent fee.

Plenty of outsiders were surprised to see Barcelona allow Malcom to leave on a permanent basis, given the effort that went into signing him.

The Brazilian arrived in 2018 after a protracted battle for his services, with Roma understandably sour after missing out. Even after a debut season in which he didn’t see a ton of action, you’d have expected him to stick around as a long-term investment.

Instead, though, Zenit allowed Barça to recoup their £36million fee almost entirely. It’s as if he was never there.

When Cillessen arrived from Ajax in 2016, he hoped to provide competition for Marc-André ter Stegen. However, there was no getting past the German.

The former Ajax man managed just five league appearances in three seasons, meaning he’s played more times in the Nations League than in La Liga. Considering the international tournament has only existed since 2018, that isn’t great.

Still, Barcelona were able to more than double their money on the Dutch No.1, who is now Valencia’s first-choice goalkeeper after joining for £31.5million. It’s a relative wash, though, with Neto moving in the opposite direction for not much less.

Things didn’t really pan out as planned for Gomes at Barcelona after his big-money move from Valencia, with the Portuguese midfielder making just six starts in his second season with the club.

He spent the 2018-19 season on loan at Everton and made the move permanent after cementing himself as a first-teamer in England, helping Barça recoup the majority of their outlay.

The fact that Ernesto Valverde was prepared to let Gomes leave even after Andrés Iniesta’s departure gives a good guide to the player’s standing at Camp Nou.

Alcácer is another player who failed to hit the ground running after arriving from Valencia.

The striker took until his 12th game to open his account for the Blaugrana, only then finding the net in a Copa del Rey demolition of Hércules, but scored more in his first four league games on loan at Borussia Dortmund than he did in either of his La Liga seasons in Catalunya.

Alcácer made his move to Dortmund permanent over the summer for £18.9million, representing a small loss but a healthy boost to the selling club’s coffers.

Suárez couldn’t even get games on loan at Arsenal, let alone at Barcelona, so it’s no surprise he was allowed to leave.

He was fine for a couple of years after returning to Camp Nou, but never kicked on to establish himself as a regular after an impressive year at Villarreal encouraged the club to exercise a buy-back clause.

He has already opened his account for Celta Vigo after joining for £11.6million, with his one league goal representing more than he managed in the 2018-19 season.

Mina’s the second Evertonian on this list, having joined on a permanent deal in the same window Gomes initially moved to Merseyside on loan.

One of the breakthrough stars of the 2018 World Cup, the Colombian had only been a Barça player for six months when he impressed in Russia.

However, with Everton giving Barcelona a chance to double their money, they cashed in for a fee in the region of £27million. Even in an injury-interrupted first season at Goodison Park, he racked up more appearances than the six he managed in La Liga and the Copa del Rey.

Completing the Everton trio is Digne, who moved for just shy of £20million in the same summer.

The French international cost Barcelona £13.8million from Paris Saint-Germain in 2016, but played just 12 league games in his second season and understandably saw no way past Jordi Alba in the fight for a starting left-back spot.

With more than 40 appearances for the Toffees under his belt, it seems this one has worked out well for everyone.

Deulofeu also has a spell at Everton under his belt, having spent two years at Goodison Park (and one on loan a little earlier) before Barcelona exercised their buy-back clause in 2017.

More recently, he joined Watford in 2018, presumably under the assumption that Malcom and the now out-on-loan Philippe Coutinho would be in his way for a starting spot.

After paying just under £11million to bring Deulofeu back, and giving him just 10 league outings in his second spell, they’ll be pleased to have got their money back and then some.

Vidal never really kicked on after Barcelona’s registration ban forced him to sit out half a season after signing, but he stayed around longer than fellow summer 2015 arrival Arda Turan.

The form of Dani Alves kept him out of the team in his first season, while Sergi Roberto took the starting spot after the Brazilian’s departure.

Vidal was sold back to Sevilla at a substantial loss in 2018, but £8.5million + £2million in add-ons is not to be sniffed at.

Nine players Barcelona missed out on – and who they signed instead