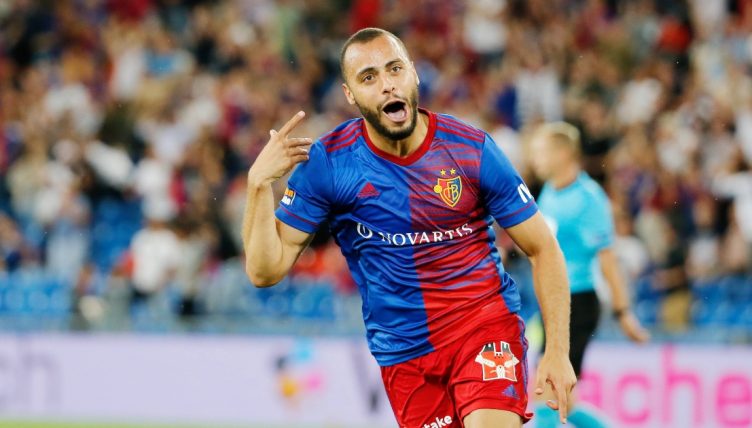 The January transfer window is almost upon us and FC Basel forward Arthur Cabral looks set to be a man-in-demand.

Cabral has been compared to Mohamed Salah for his goalscoring exploits in Switzerland and the likes of Arsenal, Barcelona and Newcastle United are rumoured to be interested in his signature.

We’ve compiled everything you need to know about the 23-year-old Brazilian.

Cabral came up through the youth ranks at Ceara in the northeast of Brazil, breaking through to the first team in 2017 as the club ended a run of five years in Serie B with promotion back to the top flight.

The striker netted 11 goals in the state championship to ensure Ceara would retain their title, while his seven Serie A strikes proved key in guaranteeing safety from relegation.

Palmeiras snapped him up in 2018 but Cabral didn’t make much impression at the Sao Paulo-based club. But Basel had seen something worth investing in and took the Brazilian on loan for the 2019-20 season.

Eighteen goals in 39 appearances made the Swiss club sign Cabral on a permanent basis and the 23-year-old hasn’t stopped scoring since.

He has already smashed 22 goals in 20 games in all competitions this year – including 12 in 11 Swiss Super League matches as Basel challenge for the domestic title and look to make an impression on the UEFA Conference League.

That excellent record earned him his first call-up to Tite’s Brazil set-up in October, although Cabral didn’t make it onto the pitch.

There is a new hero in the Swiss championship. Arthur Cabral from FC Basel already has:
📍11 goals in 8 local league matches;
📍8 more goals in the Conference League qualification, and he scored in every selection match.
This counterattack in the match against Zurich was perfect. pic.twitter.com/XzuT2IyeZ9

Direct, effective with and without the ball at his feet and with a seemingly innate scoring instinct, Cabral has attracted attention from a host of European clubs looking to strengthen their squads in January.

His role for Basel is to act as a big number nine who can hold the ball, put his team-mates into play and then dominate defenders in the box – something which Cabral has accomplished spectacularly this season.

The striker also likes to shoot from distance, with 25% of his efforts during the 2019-20 season coming outside of the penalty area.

But Cabral loves to finish off crosses and rebounds, either with his feet or his head, and this is how he scores most of his goals.

Potential suitors will be delighted to know that Cabral also contributes defensively and, although he lacks a certain versatility, it’s not hard to see why he’s been linked with a move to one of Europe’s top leagues.

“I think I have grown a lot in Europe, mostly tactically,” the forward told reporters in October while on international duty. “I am very young, I arrived in Europe at the age of 21, so I think I am still growing.

“As I always say, I am always looking to evolve. If I am better now than I was before, next year I want to be better than I am today.

“I think that in Europe I’ve been able to learn a lot. They put great value on the tactical and technical part, even more so in Switzerland.”

– Cabral has also been linked with a move to West Ham and pundit Kevin Campbell thinks he’d be the perfect signing for the Europa League side.

“They’ll have to be clever with Antonio, and Cabral could be that answer,” Campbell said.

“He’s so physical, so all-action, strong, aggressive, and quick. But if he gets injured, they are seriously going to miss him. Getting someone else in who can take the strain off Antonio if you wanted to rest or rotate him at times, oh my, that would be a really shrewd move for David Moyes in January.”

Before the 21-22 season, former Basel and Argentina striker Christian Gimenez told Swiss paper Glick: “If he keeps his quota, he will score far more than 30 this year.”

He’s certainly well on the way towards that target with just half of the campaign gone.