All you need to know about Conor Bradley, already catching Klopp’s eye 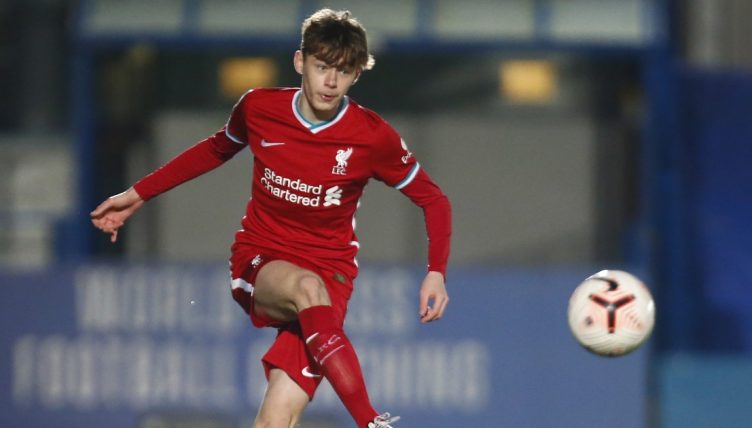 The news that Liverpool‘s Neco Williams will push to leave the club this summer could open up a pathway for their highly-regarded academy prospect Conor Bradley to make it into Jurgen Klopp’s first-team.

The Athletic report that Wales international Williams, 20, is looking to move elsewhere in search of more regular first-team opportunities. Liverpool will demand £10million, but may not sign anyone else to provide cover for Trent Alexander-Arnold at right-back with Joe Gomez able to cover the position and Bradley catching Klopp’s eye.

Here’s everything you need to know about the rising star.

Born and raised in County Tyrone, Northern Ireland, Bradley developed his skills at local clubs – St. Patrick’s FC, Dungannon United and Dungannon Swifts – as a teenager before arriving at Liverpool on a two-year academy scholarship in 2019.

A year into the scholarship, a couple of weeks after his 17th birthday, the Northern Ireland youth international signed professional terms with the Reds. He remains contracted until 2023.

In 2018, he captained Northern Ireland’s Under-16s to win the Victory Shield, a youth tournament that also features the Republic of Ireland, Wales and Scotland, before making the step-up to the Under-17s. Bradley won a first senior cap as an 85th-minute substitute for Leeds United’s Stuart Dallas in a friendly against Malta in May 2021.

The 17-year-old caught the eye back in Northern Ireland as a chalk-on-the-boots right-winger, but he’s been moved back to right-back since arriving on Merseyside.

Before arriving at Kirkby, Bradley’s athleticism and ability to get about the pitch stood out, making him a natural candidate to one day make it playing Klopp’s football. He’s also been praised for his positional awareness, with a good understanding of tactical instructions.

“It wasn’t just because I support them, it was because they’re a real family club and that’s something we all really appreciate,” he said of his decision to join Liverpool, amid interest from Chelsea, Manchester United and Southampton.

“They’re also keen on the education side of it, which is very important to me.”

– “A three-year deal is a bit of a statement, it speaks for itself really,” his former youth scout Cliff Ferguson told the Belfast Telegraph. “But if there’s any kid that will take things in his stride it’s Conor.

“The player’s talent gets them to Liverpool, that’s a given, but the rest is down to attitude and Conor’s will to win stood out even at nine years old. That’s the best thing for me.

“Where I maybe took Conor for granted is tactically. He’s excellent. He takes information on board and makes himself a better player.

“He’s really, really good that way. He must be a manager’s dream because he does everything and fulfils his role to the letter.”

– “No” was The Athletic’s James Pearce response to questions of whether Liverpool will sign a right-back if Williams leaves, before namechecking Bradley.

“Joe Gomez, who is on the comeback trail after injury, can provide cover for Alexander-Arnold at right-back. Klopp and his staff have also been impressed by the development of academy teenager Conor Bradley.”

– “Conor Bradley is the baby of the group at 17, he’s had a very, very good season for the Liverpool Under-23s, not just the youth team,” Northern Ireland manager Ian Baraclough said after his first international call-up earlier this summer.

“He finished with a bit of disappointment the other night, losing the FA Youth Cup final to Aston Villa. I watched that one, but it was a strong season for the kid. We want to try and develop those players and fast track those we feel are capable of doing that, test them at the next level. We may find at this moment it’s too much but it gives them an idea of what’s needed.”