All you need to know about ex-Ajax wild child Noa Lang, targeted by Leeds 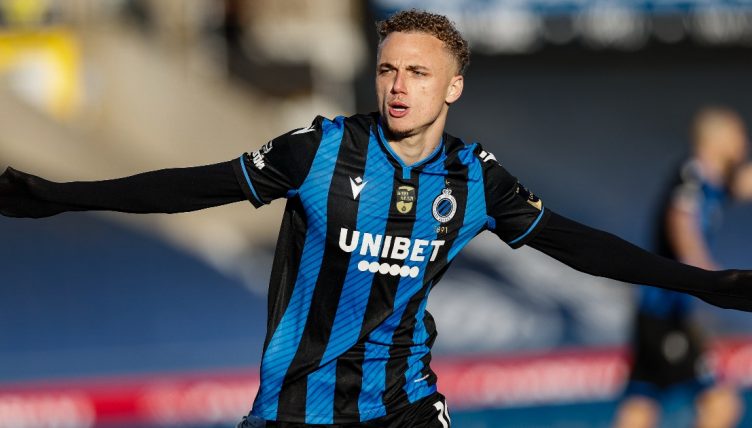 Leeds United‘s Premier League status is officially sealed, so work is well underway in scouting targets to further strengthen Marcelo Bielsa’s squad for their second season back in the top flight.

Noa Lang is the latest name to be linked with a move to Elland Road. The Telegraph report that Leeds are interested in the Club Brugge forward, on loan from Ajax, who is said to be valued £20million, but may face competition for his signature this summer.

Here’s everything you need to know about the rising star.

Born in Rotterdam in 1999, Lang was raised by his stepfather, former Morocco international Nourdin Boukhari, who played for Ajax between 2002 and 2006.

He developed his skills in Feyenoord’s academy as a child before making the switch to their rivals Ajax when he was 14. Lang soon starting turning out at youth level for Jong Ajax and the Netherlands’ Under-16s, progressing up to the Under-21s.

Aged just 20, the winger swiftly made the headlines, becoming the first player to score on their first Eredivisie start for Ajax in over 60 years in a 5-2 comeback victory over FC Twente.

In spite of the eye-catching full league debut, things weren’t plain sailing from there; Lang opened the scoring in a 4-3 Dutch Cup victory over Telstar, but he received quite the dressing-down from his coach, Erik ten Hag, amid reports that he was disobeying instructions from club captain Dusan Tadic.

“You need to shut your mouth and just listen!” Ten Hag was pictured shouting at the youngster from the touchline. “Stop it, it’s our match, not yours!”

Shortly before the close of the 2020 summer transfer window, Ajax agreed to loan Lang to Belgian side Club Brugge for 2020-21 and a €6million permanent deal will be rubberstamped in July. While Lang will join Brugge permanently this summer, the club may decide to make a quick healthy profit on their investment.

It’s at Brugge where Lang has begun to shine on a consistent basis, scoring 16 goals and registering 10 assists in 33 appearances in all competitions, including a goal against Zenit Saint Petersburg in the Champions League group stage.

📽 – Throwback to when Ten Hag put youngster Noa Lang back in his place earlier this season: "Noa! You need to make a run. You need to shut your mouth and you need to listen. This is our game not your game." pic.twitter.com/tEPHgFG00u

It would make sense for Leeds’ director of football Victor Orta to have noticed Lang’s skill set, given that the versatile right-footed attacker offers something different to their current wide options – Raphinha, Jack Harrison, Ian Poveda, Helder Costa – who are all left-footed.

Brugge coach Philippe Clement has tended to use Lang on the left side of his three-man attack, but he hasn’t been afraid to utilise him in other areas, with the odd appearance at centre-forward, on the right, and deeper across the midfield.

In his debut season in the Belgian Jupiler League, he’s hit the ground running as one of its most potent attackers, a standout player as Brugge finished the regular season top of the league with a 16-point lead.

Creative and quick, the 21-year-old is adept on the counter-attack and effective at progressing the ball up the pitch by carrying the ball. At Brugge, he’s increasingly shown an awareness of how to exploit space, often timing his runs well to receive the ball in behind.

Noa Lang, the first Ajax player to score a hat-trick on their starting debut in 60 years

– “He showed (his talent) today and I am very happy with that,” said Ten Hag after Lang’s Ajax hat-trick.

“We really needed that at this stage. We are having injury problems in Noa’s place. He shows (his ability) during training and during the reserve matches. And today he has also clearly shown it at the highest level too.”

– “He mainly clashed with the older players in the group. If I had been a routine, I would have supported such a talent, hugged, and told him what to do and what not to do,” his stepfather Boukhari told Telegraaf, regarding his issues at Ajax. “Noa does not have an easy character. But at Ajax they should know that these are often the exceptional players who can decide matches for you.”

– “At the moment, Lang is without a doubt the best player in the league, I think. Pure class,” acclaimed Belgian football pundit Filip Joos told Extra Time. “His technique is not normal. Lang is constantly on the move, he glides across the field, he likes to dribble, but he will always play at the right time.”

“I went from fighting for the title to fighting versus relegation. We have to fight for every yard here. At Ajax, you have so much ball possession and here I’m often trying to win the ball back,” Lang said of the learning curve during his  short loan spell at Twente.

“I’m a lot calmer now, especially in my head. I’ve learned to fight for the ball and the team. I know I’m a good footballer but there are so many more aspects to the game which I’m learning here. I hope I can learn even more and be a better player when I return to Ajax.”