All you need to know about Leeds United wonderkid Mateo Fernandez 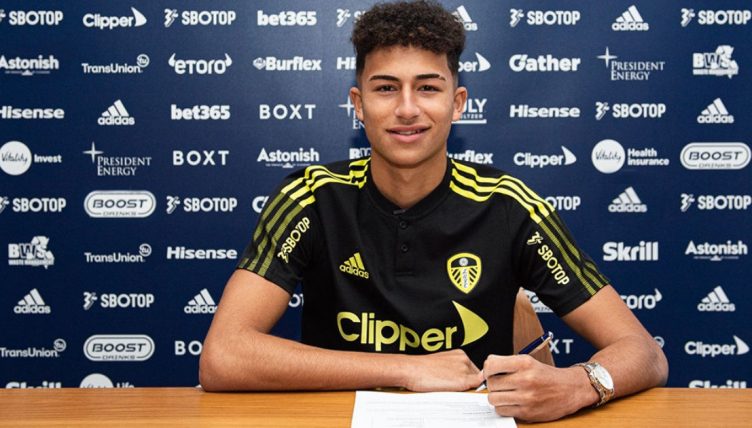 The teenager has been linked with a number of clubs, including Barcelona and Manchester City, in recent months but it’s Marcelo Bielsa’s Whites that have won the race for his signature.

Highly-rated Fernandez looks likely to bolster Leeds’ Under-23s in the coming months, but the likes of Pascal Struijk, Illan Meslier and Joe Gelhardt have proven there’s a pathway to Bielsa’s first team.

Here’s everything you need to know about the starlet.

Born in Spain to an English family in October 2001 – Can’t Get You Out Of My Head by Kylie Minogue was No.1 at the time, fact fans – Fernandez has since developed his skills in Espanyol’s academy.

A striker, Fernandez began to catch the eye during the 2018-19 campaign with 15 goals in 13 games for Espanyol Cadete. He followed that up by making the step up to Espanyol B Juvenil, where he scored 15 goals in 22 appearances over the course of the 2019-20 season.

Espanyol’s city rivals Barcelona reportedly made an approach to nab him in the summer of 2020, when he was 16, but he ended up staying put.

Having done well to identify the likes of Pedri and Ronald Aruojo in recent seasons, while bringing through the likes of Gavi and Ansu Fati, it’s clear that Barcelona are putting an impetus on the next generation as they look to make it through their financial crisis.

Given that interest, Leeds can consider it a major coup that he’s signed for the club.

Back in October, Spanish journalist Diego Balbotin originally broke the news that the West Yorkshire outfit were in for the youngster and have reached an agreement with the player.

After months of negotiations, Leeds have sealed the deal for a reported £900,000 fee (according to TEAMtalk) – the forward has signed a three-and-a-half-year deal that runs to the summer of 2025.

Details and footage of Fernandez are scarce as his appearances so far have been restricted to the youth team, as he’s not yet made a first-team debut. Some reports have claimed he can be ‘the next Sergio Aguero’, but as always with such claims it’s worth taking that with a massive pinch of salt.

He’s been described as technically proficient and physically strong, but the main thing that stands out is his eye for goal – he scored 40 goals during a breakthrough 2016-17 campaign and notched a hat-trick against Barcelona’s academy side back in March.

Fernandez scored 14 goals in 21 appearances in the Spanish Segunda B for Espanyol’s youth reserve side last term, averaging a goal every 112 minutes. However, he’s been frozen out and hasn’t played in 2021-22 so far – supposedly due to a contract dispute with his former side.

“Mateo is on his way to the Premier League. Barcelona tried signing him in the summer but did not meet the financial demands of Espanyol,” announced Sport journalist Albert Roge.

“This outcome is, of course, not the one desired by the club. In him there is regret for the departure of the player, which will happen sooner or later. He was considered a player with great potential and if he had agreed to renew he would have been part of the first team’s preseason under Vicente Moreno,” claims Javier Rodriguez Alonso in Grada3.