All you need to know about Bastoni, ‘the new Chiellini’ linked with Liverpool 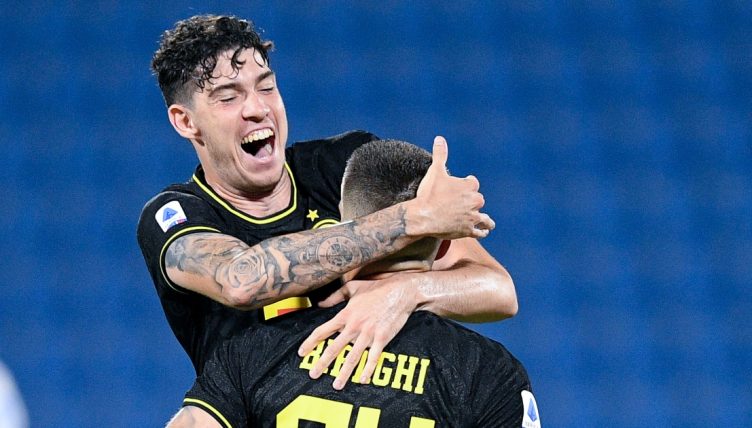 You might not have heard about it, but Liverpool have had a bit of an injury crisis this season, particularly in the centre-back department.

Jurgen Klopp has been forced into using 18 different combinations at the heart of his defence, with Joe Gomez, Virgil van Dyke and Fabinho all spending lengthy periods out.

It has led to the likes of Nat Phillips and Rhys Williams moving into the first-team from the reserves while Ben Davies and Ozan Kabak were recruited in January.

However, both players are likely only a stop-gap for the Reds, given their deadline day arrival, and it is likely that a more prestigious defender will be on their radar in the summer.

The most recent name to be mentioned is Inter Milan’s Alessandro Bastoni – here’s all you need to know about him.

Bastoni’s father, Nicola, also played as a professional footballer, spending most of his career with Cremonese (currently in Serie B).

Allesandro, however, spent 10 years progressing through the Atalanta academy, but was snapped up by Inter Milan in 2019 after making just nine first-team appearances.

In his two seasons with Antonio Conte’s side, he has made 64 appearances, including in all but three Serie A games this term as Inter aim for their first Scudetto in over a decade.

Last year saw him break into Roberto Mancini’s Italy side for the first time, making three appearances, and will be looking to nail down a place in the upcoming World Cup qualifiers with the Euros on the horizon.

While Liverpool have been tracking him for months, according to reports in Gazzetta dello Sport, they also face stiff competition from Barcelona and European Champions Bayern Munich. 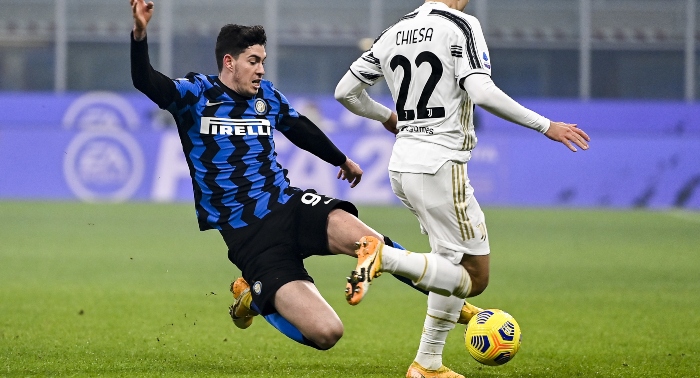 READ: Alessandro Bastoni only needed one touch to put CR7 in his back pocket

As a left-footed defender, Bastoni started his career as a left-back but has been moulded into a ball-playing centre-back in recent seasons.

Conte has deployed him in the middle of a back-three at the San Siro, helping Inter to 10 clean sheets in Serie A so far this season. It’s fair to say the defender is thriving under the famously meticulous Italian coach.

He recently bossed Cristiano Ronaldo in a clash with Juventus and provided an assist for Nicolo Barella with an excellent long-range pass – so it would be interesting to see how he manages in Klopp’s set-up with a wealth of exciting attackers.

Standing at 6ft 2, he is only three centre-meters shorter than Virgil van Dijk, and you would back them to make an incredibly imposing duo should they link up.

Roberto Mancini: “He is very young, he can improve a lot and become the new Bonucci or Chiellini, a great defender. There are many good players, you have to let them play.”

Gian Piero Gasperini: “He has great potential. I had him playing at 17, but at 20 it’s another thing. When he’s 22 or 23 the situation could change again. As soon as he made a few appearances everyone flew all over him, especially Inter, who were the first to come after the player.”

James Horncastle (The Athletic): “Given the expectation that comes with playing for a title contender on that most demanding of stages, with a coach whose tendency is to go with experience unless an emerging talent is truly exceptional — Paul Pogba, for instance — Bastoni deserves great credit for asserting himself at Inter. His willingness to step up and break lines either with a carry or a pass comes, in part, from his past as a full-back.”

A huge win for the Nerazzurri, putting them level with AC Milan at the top of Serie A 🙌

On his upbringing: “I used to make the 260 km round trip from Casalmaggiore to Bergamo, in the car with my father, every day to go to training and games for Atalanta’s youth teams. This ritual began when I was seven years old and, if I have arrived in Serie A, it is thanks to the support from my family and the sacrifices my father made to help me cultivate this dream. It was not easy for me either – I left school early, ate a sandwich in the car, and then did not return home until 8pm.”

On Conte: “Everyone had spoken highly of Conte and I’ve only received confirmation of how great he is. As far as I am concerned, Conte is the Messi of coaches. He is phenomenal, has exceptional footballing ideas and always wants to go on the attack. The training schedule is very tough indeed, but so was Gian Piero Gasperini when I played for Atalanta.”