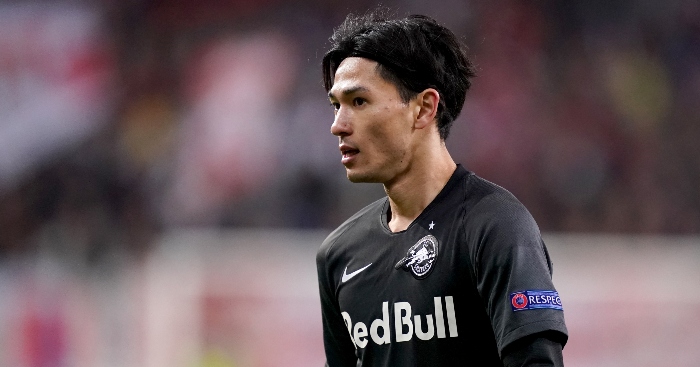 Highly-rated RB Salzburg midfielder Takumi Minamino is confirmed to be making the switch to Liverpool in January and by all accounts the £7.25m fee is an absolute steal.

The Japan international has risen to prominence this season as the perennial Austrian champions have turned heads in the Champions League, going out in the group stage but putting very competitive performances against both the Reds and Napoli, having set their stall out with a stunning 6-2 win over Genk.

But how good is he, and what will he bring to Jurgen Klopp’s team? Here’s everything you need to know.

Minamino was seven years old when Ronaldo came to Japan with Brazil, lifting the World Cup, and he’s gone on the record to say how the legendary forward was his inspiration growing up playing football.

He originally made his breakthrough at his local boyhood club Cerezo Osaka, playing in the academy from the age of 12 and breaking through into the first team and starting to catch the eye at youth levels, finishing top scorer at the 2010 AFC U16 Cup.

Named ‘Rookie Of The Year’ in his breakthrough season back in 2012, it wasn’t long before he was representing Japan at international level and getting attention from European scouts – not least those of Red Bull’s famed network, who have previously spotted the likes of Naby Keita and Sadio Mane at an early age.

The 24-year-old will soon be playing alongside his fellow Salzburg alumni Mane and Keita, with the club a perfect platform for youngsters to develop their talents in the European game.

Minamino has come on leaps and bounds in his six seasons with the club and is almost certain to get a sixth straight Austrian title added to his honours list this summer.

A brilliant debut Champions League campaign – in particular a fantastic performance in the 4-3 defeat to Liverpool at Anfield – solidified his status as a star in the making. New rules mean he won’t be cup-tied, either.

Soon to be scoring goals for @LFC! 👊

The Japan international has been an absolute star since his arrival in Austria. Since making his first appearance in Austrian Bundesliga back in February 2015, Minamino’s been directly involved in more goals than anyone else, with 42 goals and 20 assists (per Opta).

“He is an outstanding player with an outstanding personality. The big clubs have been watching him and if I was them, I’d have no hesitation to sign him. Takumi is ready to take the next step in January,” said RB Salzburg’s sporting director Christoph Freund.

We’ve also put together some of the best quotes on the player from when he was just a rumoured transfer target. 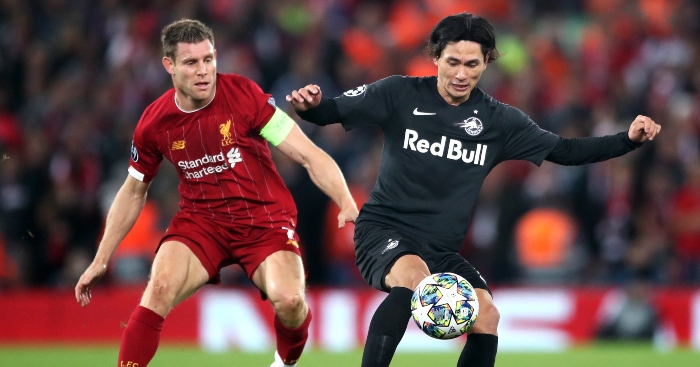 “From those games I learned this team has such a high level of technique and intensity,” he told LiverpoolFC.com after signing.

“Their football is of such a high level and I did feel that they were the champions of the Champions League. Feeling that, it makes me feel even happier that I can play in this team. I’m really happy to be part of that team.

“My target is to win the Premier League and the Champions League, and to make good contributions to the team.

“It has been a dream, my dream to become a Liverpool player. And I’m so excited that the moment has come true.

“But I never thought I would be able to play in this team and I’m really happy about it. I’m looking forward to it.”

Klopp’s plan for him

Given his versatility, it’s unknown exactly where Minamino will slot in for Liverpool, but his new manager has suggested he could play a variety of positions – but he specifically cited the number eight role as one he suits.

“It is a little bit not reshaping [the squad] but Taki is for sure a player who can help us immediately, in the short term, in the long term and from an age perspective,” Klopp told ESPN.

“He is is a type of player we need. He can play all offensive positions which is good. Maybe can play as an eight as well.

“He is a sensationally good guy, he is smart he speaks really good German and will learn English quick and I’m really looking forward to it.”