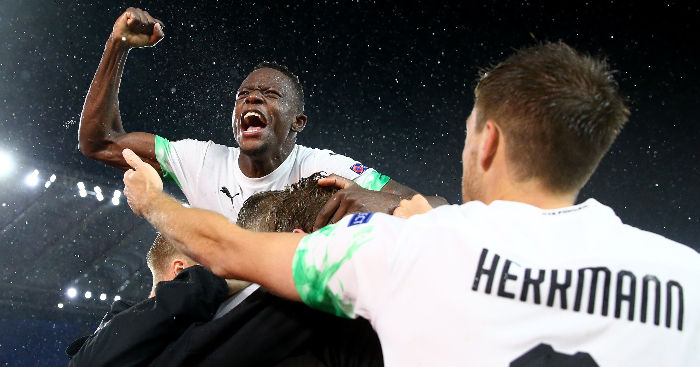 The latest rising star to follow in the footsteps of Kai Havertz and Timo Werner in trading the Bundesliga for the Premier League could well be Borussia Monchengladbach midfielder Denis Zakaria.

That’s according to the latest talk in the tabloids, with suggestions that Chelsea and Manchester United are keeping close tabs on the 23-year-old Switzerland international, who has previously been linked with Liverpool and Manchester City.

But who is he, what kind of player is he, and how good is he? Here’s everything you need to know about Zakaria.

Born and raised in Geneva and developed at local club Servette, Zakaria started to make a name for himself for Switzerland’s Under-19s and was soon scouted by Swiss Super League giants Young Boys, who signed him as an 18-year-old in 2015.

He immediately became an important player for the club, making 67 appearances across two seasons as they finished runners-up in successive years to a dominant Basel side on a run of eight straight titles.

In 2017, he made the switch to Gladbach, who have started to build a reputation for nurturing young talent in the Bundesliga, having helped develop the likes of Marc-Andre ter Stegen, Michael Cuisance, Mahmoud Dahoud and most recently Marcus Thuram in recent years.

Having made his senior international debut for Switzerland at the age of 19, Zakaria didn’t take long to make his make in Germany, an instant ever-present with 61 Bundesliga appearances across his first two seasons with the club.

Having made progress year-on-year, he was especially impressive last year as Die Fohlen looked dark horses for an unlikely title challenge, top of the table between October and mid-December, before eventually falling away, albeit securing a respectable fourth-place finish.

But while his name is once again dominating the gossip columns, he’s yet to appear this season and may not be back for some time yet after suffering a knee injury back in March. His coach said “it’s anybody’s guess” when he’ll be back in training. 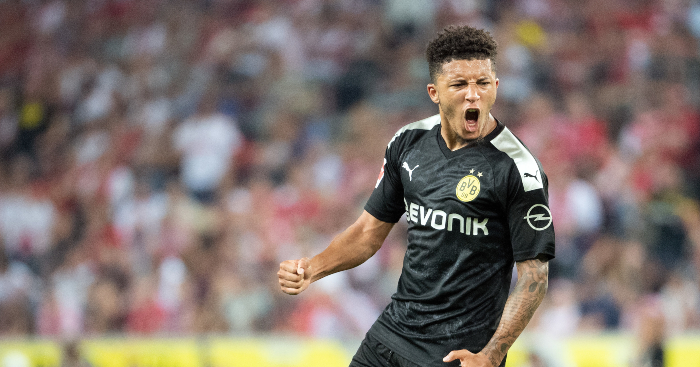 Given he’s been compared to Zinedine Zidane, Toni Kroos and Michel Platini, while himself welcoming comparisons to Paul Pogba and Patrick Vieira, it’s difficult to judge exactly what kind of midfielder Zakaria is apart from a pretty damn good one to get people mentioning those names.

“I’ve been compared to Vieira and Pogba – two more players I really respect and, in a way, see as role models,” the man himself said.

“When I watch videos of them I think I’d like to play that way.”

He’s often been referred to as a defensive midfielder, and occupies deep positions for club and country, often playing in a double pivot alongside Arsenal’s Granit Xhaka for Vladimir Petkovic’s Switzerland.

But while it might give an idea of the areas he occupies, he’s a much more dynamic and skilful operator than a rudimentary enforcer – hence the similarities with some of the game’s great midfielders.

At the same time, he has the athleticism and physical prowess necessary to dominate the midfield, which is perhaps why some see similarities to Vieira.

He averaged 2.1 tackles and 1.6 interceptions per game in the Bundesliga last term, alongside 2.0 successful dribbles and 38 passes with an 86.7% success rate – solid numbers all-round, demonstrating his versatile skillset. He also scored two goals and registered a further two assists in 2019-20.

“I’m glad that Gladbach have found another pearl. At his age I was earning my first stripes for Borussia. He reminds me of Toni Kroos at that age,” he said, harking back to his time coming through Gladbach’s academy in the late 1970s.

“He is a very complete footballer who still has a lot of development potential,” Gladbach manager Rose told Sky Germany. “He has incredible dynamics, understanding of the game and is not yet at the end of his development.”

“It an insult to Zakaria (to call him a defensive midfielder)!” 76-year-old former Gladbach legend Gunter Netzer told BILD.

“He is enormously valuable because he plays for the team. Players like him play a part in the success of many teams, they do the dirty work for others.”

Meanwhile, his team-mate Yann Sommer has cited two of the all-time greats to describe his playing style. No pressure, then.

“It’s not easy to compare him to the greats of the past,” Sommer said. “But he combines many qualities that were really defined by Michel Platini and Zinedine Zidane.”