All you need to know about Real Betis’ Guido Rodriguez, wanted by Arsenal 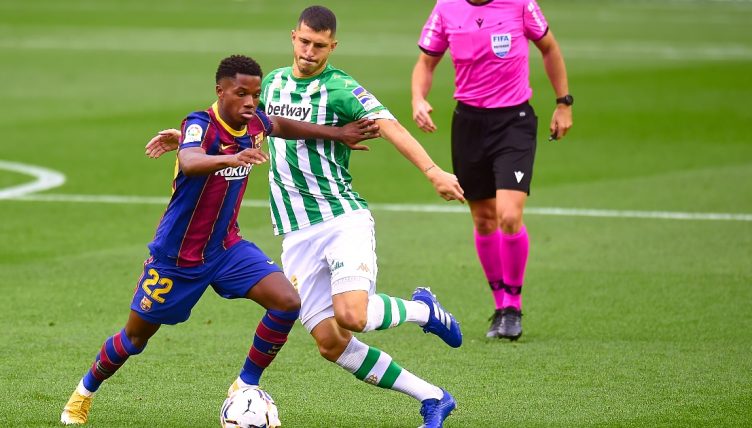 Arsenal already bolstered their midfield with the signing of Thomas Partey last summer, but according to reports the club are targeting further improvements, with interest in Real Betis pivot Guido Rodriguez.

Having arrived in Europe last year, the 26-year-old Argentina international has caught the eye as a key player for Manuel Pellegrini’s side, who are making a surprise challenge for a top-six finish.

Here’s everything you need to know about the player.

Born in the town of Saenz Pena on the outskirts of Buenos Aires, Rodriguez joined Argentinian giants River Plate as a youngster and started to break through after their wildly successful coach Marcelo Gallardo took charge in 2014.

But he was never more than a marginal figure at his first club and, after a loan stint with their Primera Division rivals Defensa y Justicia, left for Mexican side Tijuana in 2016.

It was in Mexico that he started to establish a reputation as an excellent defensive midfielder – named Liga MX Defensive Midfielder of the Year in his debut season there – and after just one year moved to one of the country’s biggest and most prestigious clubs, Club America.

Argentina call-ups soon followed – he’s been capped 10 times since 2017 and featured as La Albiceleste finished third at the 2019 Copa America – while he played a key role in delivering the 2018 Apertura and 2019 Clausura titles for his club.

During that 2018-19 campaign, he was once again named as the Liga MX’s Defensive Midfielder of the Year as well as the league’s Balon de Oro honour (player of the season award).

It was inevitable that European interest would follow. Sure enough, he moved to Real Betis in January 2020 for a reported fee of just €3million.

Rodriguez admitted himself that he took time to adapt to a new league, but the pandemic-enforced hiatus gave him time to settle in, and ever since then he’s been a linchpin at the base of the Betis’ midfield, a standout player under Pellegrini as they enjoy a strong top-half La Liga campaign.

One half of a sturdy double pivot at Betis, Rodriguez has been an ever-present alongside Portugal international – and one-time transfer gossip column favourite – William Carvalho or Mexico veteran Andres Guardado.

Carvalho is more likely to recycle possession and help progress the ball up the pitch in transition, while Rodriguez’s strengths lie in his dogged and determined work off the ball, a monster at winning the ball back for his side, ranking high in La Liga for total tackles (sixth) and interceptions (10th).

With the role he plays at the Benito Villamarin, he’d be a natural fit for Mikel Arteta’s preferred 4-2-3-1 shape, as a more combative alternative to Granit Xhaka or the oft-sidelined Partey.

He’s prone to a foul – averaging 1.8 per match – and frequently gets booked, with eight yellow cards from 24 La Liga starts this season, but he’s clever at walking the line and is yet to be sent off since he moved to Spain, having been shown a fair few reds during his time in Mexico.

Goals are naturally few and far between, given his role – albeit 21 from 239 is a respectable tally – but he possesses a lethal right foot for long-range efforts if the ball falls to him in the right area.

– “He plays well, he understands the game, he is a positive boy for the group, logically if the change occurs to Europe it would be good,” Argentina manager Lionel Scaloni said, shortly before Rodriguez’s move to Betis went through.

– “For me, he became one of the best players in the league and it was clear that at some point European clubs would become seriously interested, especially when the Argentine national team came calling,” Mexican football specialist Tom Marshall told World Football Index.

“America still misses him. Rodriguez is a pretty traditional holding midfielder, good at breaking up opposition attacks and shielding the defence while using the ball smartly in possession. He also definitely enjoys the physical side of the game.”

– “You don’t have to look long to know that we still haven’t found a substitute for what he did and what he gave us,” said his former manager at Club America, Miguel Herrera.

“It has cost us the balance that Guido gave us, but Guido is no longer here. We cannot be thinking about what he was giving us.”

Guido Rodríguez's ROCKET is only kept out by the crossbar! 🚀

Such a pure strike from the Betis midfielder 💥 pic.twitter.com/hxrcviBUDq

“Football today is a lot faster and faster, we train more and more on the physical,” Rodriguez told Estadio Deportivo.

“Rivals are studied a lot with video analysis. Perhaps more at the start, I was a more thinking player and taking time to decide and solve, but I had to change that and readjust more to how it is played today.

“If you don’t decide quickly, the opponent eats you. I progressed to be able to be at the height of the highest competitive level.”