All you need to know about Sven Botman, the CB scouted by Liverpool 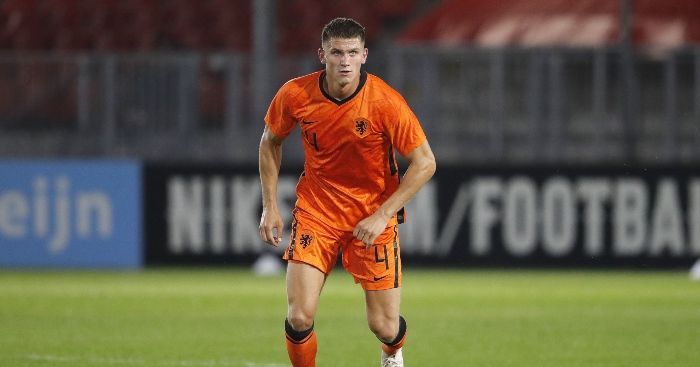 According to Sky Sports’ Fabrizio Romano, Jurgen Klopp’s side consider Botman as a “true talent” and will make their final decision about him in the next few weeks.

We’ve brought you the lowdown on the 20-year-old who could be heading to Anfield during the January transfer window.

Born in Badhoevedorp, Netherlands, Botman joined Ajax aged nine before progressing through the ranks, playing alongside the likes of Sergino Dest and Ryan Gravenberch.

He never made a competitive first-team appearance for his boyhood club and spent 2019-20 on loan at fellow Dutch top-flight side Heerenveen.

The 20-year-old played every single minute of their 26 Eredivisie games before completing an €8million move to Lille in the summer, replacing Arsenal-bound Gabriel.

Botman is among the highest-rated Dutch prospects and has represented his country at every youth level, from Under-15s to Under-21s.

He was called up to Frank de Boer’s squad for Nations League games against Poland and Bosnia-Herzegovina in November 2020 but remained on the bench.

He can certainly tackle 🔥 pic.twitter.com/de34uiLdSe

Botman is a left-footed centre-back and has impressed alongside former Southampton defender Jose Fonte in 2020-21, helping Lille to keep eight clean sheets in his first 17 Ligue 1 appearances.

Having completed the third-most passes in Ligue 1 with a completion rate of 86%, the defender is clearly comfortable with the ball at his feet and loves to drive out from the back.

Standing at almost two metres tall, Botman bears some of the imposing physical traits of Van Dijk and is incredibly strong in the air.

396 players have contested 20+ duels in Ligue 1 so far this season, Sven Botman has the highest success rate:

– “One other thing I think will be interesting to Liverpool supporters is that Botman plays alongside veteran Portugal defender Jose Fonte at Lille this season,” Duncan Castles said on the Transfer Window Podcast.

“Fonte has played with an array of top-class centre-backs in his career including Virgil van Dijk, Toby Alderweireld, Pepe in the Portuguese national team and Gabriel last season who is now at Arsenal. From what I understand of Fonte’s impression of Botman, he thinks he’s the best of all of them.

“He describes him as a machine and a man who doesn’t make mistakes and also indicates that for a young player playing alongside an experienced professional, he’s very open to learning and taking instruction and improving his game.”

– “He’s settled in very quickly, despite the language barrier,” Lille coach Christophe Galtier said in October 2020. “Like so many players that come out of the Ajax academy, he’s had a very good football education.”

– “In football, you have leaders who are vocal, ones who gesticulate and ones who shake the team up… I have a few of those,” Galtier said.

“But you also have people who lead by example, through their performances, and it’s true that Sven is emerging as this type of leader.”

“The Premier League is a dream,” Botman told De Telegraaf in February 2020. “But as a youth player of Ajax, you really only have one dream: to succeed in the ArenA. Because of my temporary departure to Heerenveen, I seemed to get further away from that.”