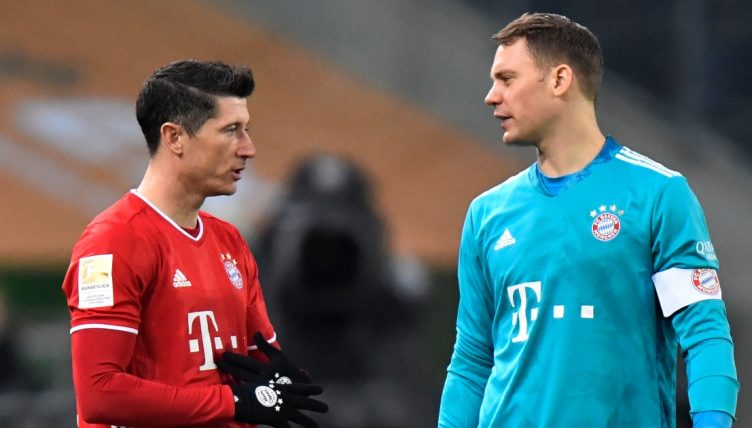 Bayern Munich are Germany’s biggest and most successful club, but it’s safe to say that they’re not thought of favourably by fans of their Bundesliga rivals.

Relentlessly sweeping up domestic honours in a row will do that, especially having done so by poaching a lot of their competitors’ best players. In fact, you can make a ridiculously good XI from players they’ve signed from fellow Bundesliga clubs in the last 10 years alone.

It was quite difficult to find a left-back that fits the bill, so we’ve had to think outside the box a bit (think Pep Guardiola’s final season at the Allianz Arena) with our formation, fitting them into a 3-5-2 formation.

Destined to play at the very top ever since his stunning performances in Schalke’s run to the Champions League semi-finals in 2011 and DFB Pokal victory that same season, having established himself as one of the best goalkeepers in the Bundesliga across five seasons with the Gelsenkirchen club.

Bayern ended up as runners-up in the Bundesliga, Champions League and DFB Pokal during his debut season with the club, but it’s been nine successive titles since then.

Questions were asked of Neuer after serious injury limited him to just four appearances in the 2017-18 season, while he looked rusty on his return for Germany at the World Cup, but he emphatically proved his doubters wrong with a star showing in Bayern’s 2020 treble, his second with the club.

France Upamecano has established himself as one of most in-demand centre-backs in European football, and back in February – three months before the end of the season – Bayern ended tabloid speculation by announcing a deal had been struck to bring him to the Allianz Arena this summer.

He’s signed a five-year deal, and they reportedly paid out his €42million release clause.

Not content with poaching arguably their best player, Bayern have also nabbed RB Leipzig’s manager Julian Nagelsmann, paying a record compensation fee for his signature. Challenge Bayern at your peril.

If Dayot Upamecano is Bayern Munich’s David Alaba replacement, he’s not a bad one 👏 pic.twitter.com/Ooq3BjzXD0

A Bayern Munich academy graduate, Hummels has spent the majority of his career with rivals Borussia Dortmund, save for a three-season sojourn back at his boyhood club between 2016 and 2019.

He won the league title in all three seasons in Bavaria, of course, before he returned to Dortmund.

“I was interested in these moments in the stadium. We had some games this season that I endlessly enjoyed, like against Inter, against Barcelona, Paris, also ‘Gladbach in the Bundesliga,” he later reflected on his time at Bayern in an interview with 11Freunde.

“I came back for these moments, ones where I go home after a game and am just euphoric. Above all, there is less euphoria produced when you win so often. If we at Borussia Dortmund now win seven championships in a row, even here the title celebration won’t be as noisy as the first.”

Brazil international Dante left Borussia Monchengladbach for Bayern in 2012, after they picked him up for a bargain price of just €4.7million.

Joining the Bavarian giants can’t have been a difficult decision, and it was vindicated by winning the treble under Jupp Heynckes in his debut season with the club.

Shunted to a wing-back role for the purposes of this XI, it became clear that Stuttgart were unlikely to retain the right-back’s services for too long after he won the World Cup with France in 2018, having scored the goal of the tournament with one of the most satisfying strikes you’ll ever see.

Stuttgart held onto Pavard for the 2018-19 season, but the writing was on the wall after they suffered relegation at the end of the season after losing the play-off to Union Berlin.

A reported €35million fee provided a major boost for the club after falling to the Bundesliga II, however, and they came back up after just a year away. 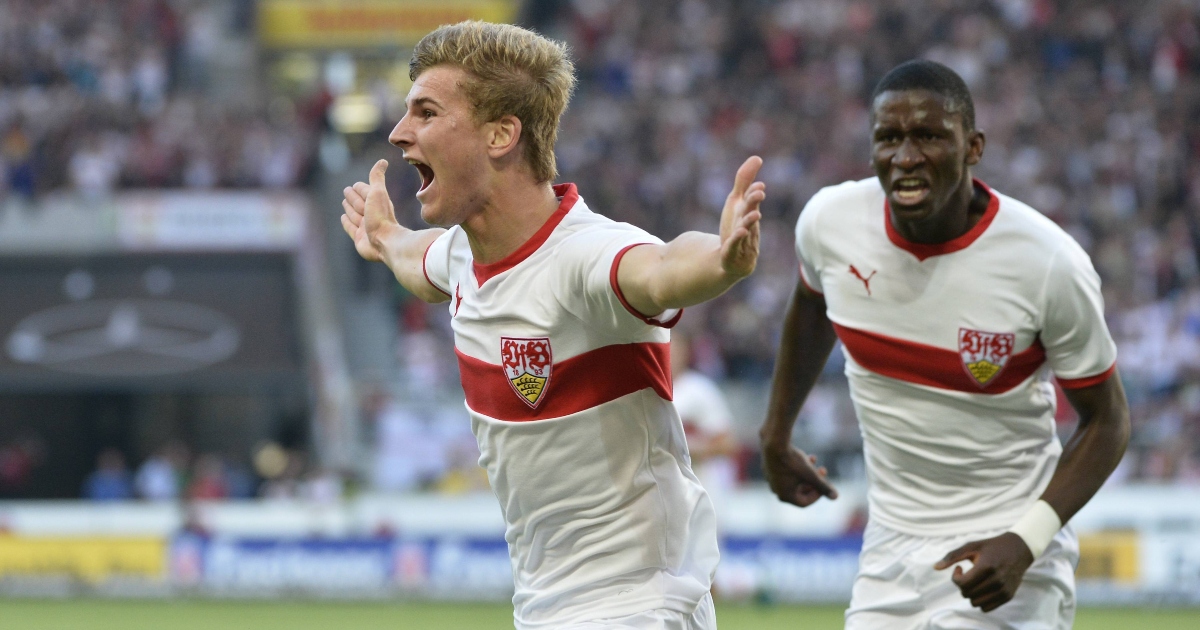 READ: A remarkable XI of players sold by Stuttgart since 2010: Gnabry, Werner…

A wunderkind of German football, Kimmich’s early development at RB Leipzig was aided by highly respected and influential coach Ralf Rangnick as the financially-backed club made its way up through the lower tiers of the pyramid.

We’re cheating here a little, given that Kimmich signed for Guardiola’s Bayern when Leipzig were still in the Bundesliga II, back in January 2015.

We’re counting him though, because he’s demonstrated his top-level talent and would’ve been a major asset for Leipzig, who have since become one of the perennial Bundesliga champions’ main competitors.

It’s all been downhill for Schalke, relegated in 2021, since they sold talented midfielder Goretzka to Bayern in 2018. He was one of their standout players under Domenico Tedesco as they punched above their weight to finish as runners-up to Bayern in 2017-18.

How the mighty fall.

In a trick they’ve pulled again since, there was no shortage of controversy about how Bayern announced Gotze’s signing not long before they faced Dortmund in the 2013 Champions League final.

The midfielder himself would likely admit that he never quite reached the heights expected – although, to be fair, how many players can say they’ve scored a match-winner in a World Cup final? – when he emerged as one of the most promising talents in European football at Klopp’s Dortmund, but he has no regrets about how he left them.

“That, of course, also gave a storm of publicity. In retrospect I might have stayed longer with Kloppo, but it was certainly not a mistake to go to Bayern. I wanted to challenge myself and get to know Pep’s philosophy.

“With Bayern we reached three semifinals in the Champions League and Guardiola taught me to see football from very different positions on the field. Guardiola literally put you anywhere in competitions. Arjen Robben can also talk about that.”

Not traditionally a wing-back, although he has featured in the role under Hansi Flick on the opposite flank, Bayern swooped for the former Arsenal academy graduate after he rebuilt his reputation with a solid season at Werder Bremen.

It’s not worked out too badly for Bayern since, with nine goals in 10 appearances in the 2019-20 Champions League triumph.

The Croatia international had a respectable but not spectacular return of 20 goals in 60 appearances for Wolfsburg between 2010 and 2012, but he’d shown enough for Bayern to believe he was ready for the step-up.

And they were right. Like Dante at the other end of the field, an addition that helped turn Heynckes’ Bayern from nearly-men into treble-winners. He scored their opener in the 2-1 victory over Dortmund in the Champions League final.