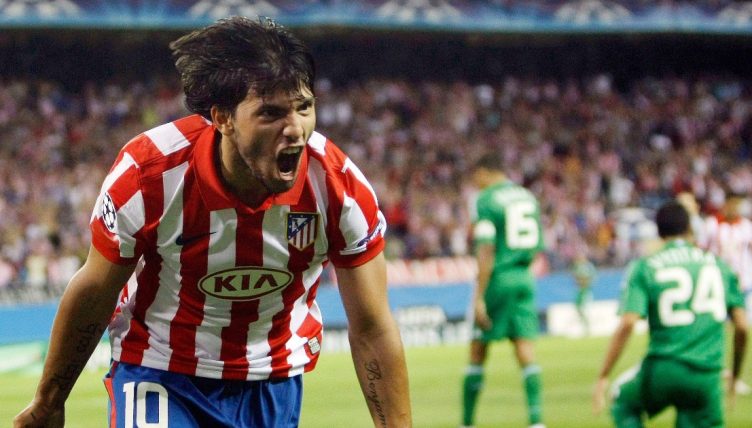 Diego Simeone endured a difficult 2021-22 campaign at Atletico Madrid, but his ability to work miracles despite often losing his best players should never be doubted.

He still steered them to yet another top-three finish and knocked Manchester United out of the Champions League in the process.

The 2010s have seen some truly wonderful footballers represent Atletico, goalkeepers and strikers in particular, and it’s a marvel that they’ve remained competitive after losing them. Here’s a full XI of players that they’ve sold over the past decade and a bit.

Given Thibaut Courtois was only ever a loanee, we’ve had no choice but to go for his predecessor, who was a strong contender for being the best goalkeeper in the world throughout much of the 2010s.

Questions over his distribution and reluctance to leave his line have resulted in De Gea dropping out of the Spain squad, but he remains a world-class shot-stopper.

Juanfran, despite that penalty miss, is a bigger Atleti legend, but he played out all his prime years for the club, having made over 350 appearances for them.

England international Trippier played a vital role in Atletico’s 2020-21 La Liga title victory and the club only reluctantly let him go in January 2022 because he was so keen to return to his home country.

“I am absolutely grateful to all the time that Kieran has been here with us,” said Simeone.

A World Cup-winner at left-back, Hernandez gets the nod in the centre of defence in this Atleti XI after being sold to Bayern Munich for a Bundesliga record €80million fee.

“The exit that hurt us the most was Lucas, who was a boy from the academy. [It hurt] More than Griezmann,” Diego Simeone told Marca in October 2019.

We’ve left out Diego Godin as Atletico got the best out of the Uruguayan, but the same cannot be said of Alderweireld, who established himself as one of the best centre-backs in the Premier League at Southampton and Tottenham.

A strange case, Hernandez – younger brother of Lucas – never appeared for Atleti’s senior side but impressed enough to earn a €24million move to Real Madrid during a loan spell at Alaves.

The left-back only spent one season at the Bernabeu but has been one of AC Milan’s standout performers since moving to Serie A in a €20million deal. He was particularly outstanding in last season’s Scudetto triumph.

The sale of Lucas Hernandez may have hurt more, and Griezmann’s career has tailed off dramatically since leaving for Barcelona, but we can’t not include the World Cup winner.

He’s developed into one of the best midfielders in the world and is arguably the closest thing around to prime Sergio Busquets.

Worth the €70million Manchester City paid for how hard he hit this ball alone.

A dominant performance capped by a great strike. 🎯pic.twitter.com/EIUZTPJO1c

Perhaps not the flashiest player, Garcia was a loyal servant to Atleti, making over 300 appearances over eight years and providing a healthy goal outlet from midfield.

When Garcia returned to the Calderon with Athletic Bilbao, he was greeted by banners which read: “You will always be our captain.”

The player himself also travelled to the San Siro as a fan in 2016 to see Atleti take on Real Madrid in the Champions League final.

Largely despised by Atletico fans after leaving for a dismal spell at Barcelona, Turan was nevertheless a crucial player under Simeone when they miraculously won the 2013-14 La Liga title.

His performances in the Spanish capital earned comparisons ranging from “a hipster’s Jesus Christ” to Lou Reed, yet his post-Atletico career has gone a bit Phil Spector, with him receiving a suspended prison sentence for firing a gun in a hospital after breaking the nose of a pop star.

Pretty much the only reason we restricted this to sales since 2010 is to make our choice of strikers much easier. Fernando Torres, Christian Vieri, Jimmy-Floyd Hasselbaink were all in the running pre-2010, and we’ve still had to leave out Diego Forlan, Radamel Falcao, Jackson Martinez, Raul Jimenez, Mario Mandzukic and David Villa.

It can’t not be Aguero though, can it?

Barcelona and Atletico Madrid got a bit out of hand in March 2009…pic.twitter.com/s8wRdLntQA

His second spell may not have proven as productive as his first, but it just feels right having Diego Costa back in his spiritual home, even if we do miss him dearly.