An amazing XI of players that didn’t make the FIFPRO Xl: Salah, Mendy… 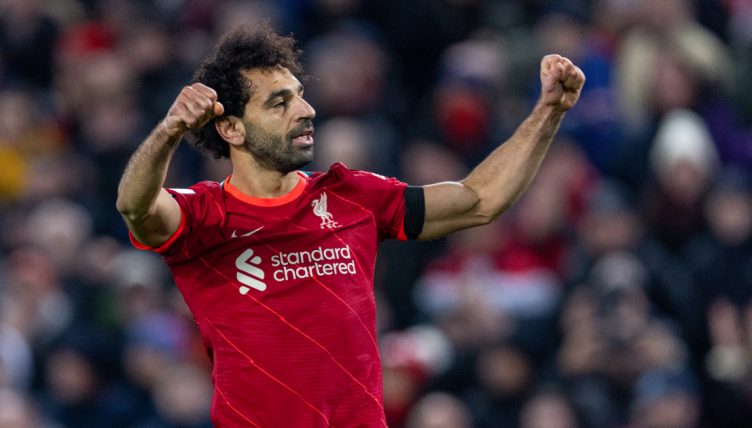 The FIFPRO Team of the Year for 2021 has been announced and it contains many of the usual suspects – Lionel Messi, Cristiano Ronaldo and Robert Lewandowski are all present and correct.

But the imbalanced 3-3-4 formation would have made Garth Crooks blush. The very nature of individual awards in football means attacking contributions are favoured but it does mean some quality players missed out on deserved inclusion.

We’ve compiled an amazing XI of players that didn’t make the FIFPRO Team of the Year, lining up in a 4-3-3 formation.

Mendy was a relatively unknown goalkeeper when Chelsea signed him from Rennes in 2020. Everybody’s aware of his quality now.

The Senegal international instantly made the Blues more secure at the back and played an integral role in the club’s Champions League success in May.

Despite being bafflingly overlooked for this team, nobody at Stamford Bridge will understate Mendy’s importance to Chelsea’s defensive prowess under Thomas Tuchel and it wouldn’t be a surprise to see him pick up some individual honours this year.

Capable of playing on the left and right flanks, Cancelo is beloved by Pep Guardiola and is arguably Manchester City’s primary playmaker.

Blessed with a jaw-dropping range of passes, the Portugal international is able to go down the line and create chances, while also being adept at moving into midfield to instigate attacks.

He can also be found making runs behind the opposition defence, as highlighted by his Champions League goal at Club Brugge, and is part of one of Europe’s tightest defences.

Cancelo is also a Fantasy Football essential. There’s no reason why he shouldn’t be included here.

The finish by Raheem Sterling 🔥

Whether it’s body-checking Kevin de Bruyne into the Atlantic Ocean, causing a ruckus with the entire Leeds United side or mistaking Paul Pogba’s shoulder for a chicken drumstick, Rudiger has emerged as one of world football’s biggest shithouses.

But to label him as such would do the Germany international a disservice. Looking assured in a back three, Rudiger was crucial to Chelsea’s Champions League victory, and he’s become a cult hero at Stamford Bridge.

The 28-year-old is out of contract at the end of the season and Europe’s elite clubs are forming a disorderly queue for his signature. Chelsea would be bereft without their agent of chaos.

Italy’s captain was constantly grinning and laughing, teasing and cajoling and it was no surprise to see Juventus renew his contract after the tournament.

The 37-year-old remains one of the world’s most intimidating defenders and there is no sign of his body shutting down yet.

One of the most exciting youngsters in world football, Davies has already established himself as a real leader for Bayern’s defence at the tender age of 21.

Possessing whippet-esque speed and the technical ability to match, the full-back has also been central to Canada’s rise in recent years and looks set to represent his country at Qatar 2022.

He may have only been on the scene for a few years but Davies is arguably the best left-back on the planet.

Bayern won the Bundesliga by miles again and Kimmich could be found pulling the strings from midfield. There’s no doubt he’s Philipp Lahm’s heir for club and country.

Forget Manchester United’s insipid performances at the back end of 2021, Fernandes was a force of nature before a certain international team-mate returned to Old Trafford.

He contributed a stellar 18 goals and 12 assists in the league, becoming a leader in a side lacking in backbone, and started the current campaign with a statement hat-trick against Leeds.

The midfielder failed to shine at Euro 2020 and his form has nosedived in 2021-22 but that only serves to highlight how impressive he was beforehand.

“I haven’t seen that from any 18-year-old in any competition, not even Andrés Iniesta. I’ve never seen anything like it; it’s totally illogical.”

Spain coach Luis Enrique was enraptured with Pedri after his stellar performances at Euro 2020 after the youngster became a household name across the continent.

The teenager remains at Barcelona and it’s impossible to see the fallen giants reclaim their former status without Pedri at the heart of midfield.

Benzema reached a level unreachable for most footballers throughout 2021 and was a staggering exclusion from the FIFPRO line-up.

The striker has already recorded 17 goals and seven assists in La Liga this season as Real Madrid have built up an imposing lead at the top while Benzema was also recalled to the France team after a six-year exile.

He scored four goals at Euro 2020, despite France’s early elimination, and played an important role as they lifted the UEFA Nations League trophy in October.

On the face of it, Mbappe didn’t enjoy a vintage 2021 – his penalty miss against Switzerland was perhaps the defining image of his year.

But that’s an incorrect assumption. The World Cup winner rebounded brilliantly from his summer disappointment to lead France to the Nations League title and has PSG poised to win Ligue 1 by a record margin.

The 23-year-old has scored four goals in this season’s Champions League and is the attacking focal point for his club – which isn’t bad considering the presence of Neymar and Lionel Messi alongside him.

Mbappe will likely join Real Madrid next summer and it’ll be fascinating to see how he adapts to life in Spain.

When Mbappe, Neymar & Messi have played together – & how PSG fared