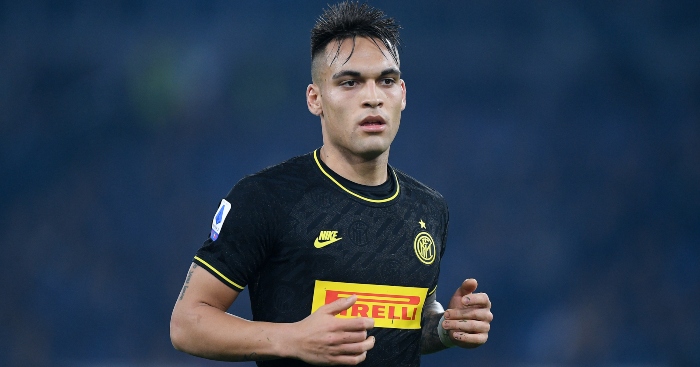 After finishing a season trophyless for the first time in 12 years, Barcelona are reportedly planning a substantial overhaul of their first-team squad.

Ronald Koeman replaced Quique Setien following Barcelona’s 8-2 defeat to Bayern Munich and the manager will try to mould the squad in his image.

We’ve rounded up an impressive XI of players Barcelona have been linked with this summer, arranged in a 4-3-3 formation.

Marc-Andre ter Stegen was named as one of Barcelona’s seven ‘untouchables’ who would not be sold by president Josep Maria Bartomeu, but the Germany goalkeeper’s future is not as secure as it may seem – he is the 11th best paid player at the club with only two years left on his deal.

Spanish outlet Sport claim that Barcelona will target Onana if they are able to sell second-choice goalkeeper Neto in the summer.

The 24-year-old came through the youth ranks at Barcelona before joining Ajax in 2015 and would be keen on a return to the Nou Camp.

Few could blame Barcelona for wanting to improve at right-back after Nelson Semedo had his pants pulled down by Bayern Munich’s Alphonso Davies in that humiliating defeat.

Dest came through the Ajax academy and enjoyed an excellent breakthrough season in 2019-20, making 35 appearances in all competitions.

“Sergino Dest is a winger for teams like Barcelona,” Koeman told Catalunya Radio in June 2020. “He’s one of those offensive full-backs who is fast and is comfortable with the ball. He has a great future on any team.”

Amidst links to Bayern and Barcelona in the last couple of weeks, Sergino Dest posted himself watching the Bayern match on his Instagram story, then followed it up with him wearing a Barcelona training kit.

He’s a smart kid. He knows what he’s doin pic.twitter.com/nTWhPHVQ3p

After shipping eight goals against Bayern Munich, it’s fair to say that Barcelona are in dire need of a new centre-back.

Garcia, a product of the La Masia academy, has spent the last three years at Manchester City but has rejected a contract extension from Pep Guardiola’s side.

According to Mundo Deportivo, Barcelona are looking to re-sign the 19-year-old and view him as the long-term successor to Gerard Pique.

Also mentioned as a potential centre-back target, Torres made 36 appearances for Villarreal in 2019-20 and is regarded as one of the most promising young defenders in La Liga.

RAC1 claim that Barcelona will try to address their defensive woes by making a move for the 23-year-old, who reportedly has a €50million release clause in his contract.

Barcelona are reportedly looking for a replacement for Junior Firpo, who has struggled to make an impact since joining the club in 2019.

According to Mundo Deportivo, Barcelona have set their sights on Tagliafico, and the Ajax left-back has done little to play down speculation linking him with a move to the Nou Camp.

“It was always my goal to play in the best competitions, at a top club,” Tagliafico told Continental in May 2020.

“Ajax is a great club, but the Eredivisie is not a great competition. You must always have dreams. The preparations will start in August for around two months. But whether or not I’ll leave… it’s all uncertain.”

Barcelona have a left-back in mind who can compete with Alba in case Firpo will depart this summer. His name is Tagliafico (27) of Ajax. Barça have spoken to his representative on several occasions now. The Argentine is keen on a move to Catalonia. [md] pic.twitter.com/1QjuE9zUDh

With Sergio Busquets and Arturo Vidal coming towards the end of their careers, Barcelona will need some fresh legs in midfield next season.

Mundo Deportivo report that the Spanish side are hoping to sign Kante from Chelsea by offering Philippe Coutinho in a part-exchange deal.

We’ll believe this one when we see it.

One of the most surprising transfer rumours of 2020.

Ndombele joined Tottenham from Lyon in 2019 but endured a difficult first season in north London, falling out of favour under Jose Mourinho.

Despite his poor form, Sky Sports report that Barcelona are willing to offer Nelson Semedo and Samuel Umtiti in exchange for the midfielder.

Barcelona signed Frenkie de Jong from Ajax in 2019 and are reportedly targeting a key midfielder from the Dutch giants for the second consecutive summer.

According to Le10Sport, Van de Beek – who has played under Koeman at international level for the Netherlands – is the club’s main transfer target.

Another La Masia graduate, Traore is finally fulfilling his potential at Wolves and has been linked with several Premier League and European clubs.

ESPN claim that Barcelona have maintained an interest in the winger’s progress in England but Manchester City and Juventus are currently leading the race for his signature.

He currently has three years left on his deal with the Midlands club and is said to be valued at around £80million.

With Luis Suarez’s injury problems and inconsistent form in 2019-20, Barcelona have been looking for a striker to fill the Uruguayan’s shoes.

Goal report that Martinez remains the priority forward signing at the Camp Nou and the Spanish side believe they are the only club that he will join.

The 22-year-old is widely regarded as one of the most talented strikers in Europe, but Inter Milan’s £98million asking price could be a potential stumbling block.

Neymar has been linked with a move back to Barcelona in every transfer window since he completed his £199million move to PSG in 2017.

According to Sport, Barcelona view the Brazil international as the perfect option to address their recent slump – but don’t hold your breath.

“Going for a player when the club he is in doesn’t want to sell him is impossible,” Barcelona president Josep Maria Bartomeu told Barca TV in August 2020.

“Last summer we tried. He is a player who, with the pandemic situation, his club does not put him in the market.” 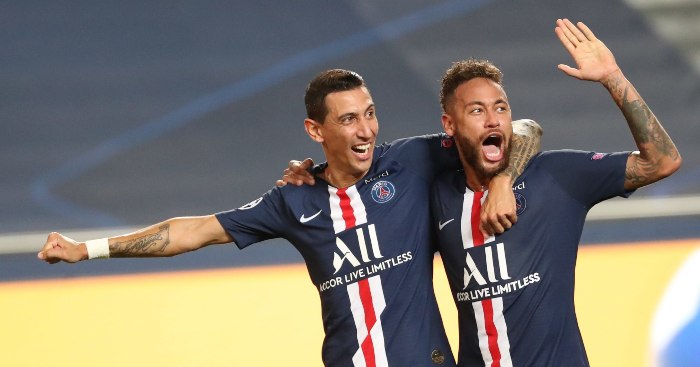 READ: Neymar mastered physics in a second to cement his status as UCL assist king

Can you name every player to appear for Liverpool and Barcelona?