A superb Xl of players sold by Arsene Wenger at Arsenal: Fabregas, Henry… 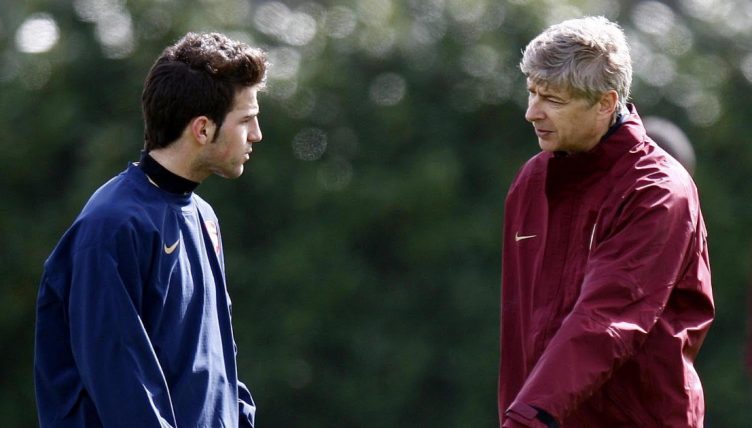 Arsene Wenger made a lot of shrewd signings during his Arsenal career – but he wasn’t always able to keep hold of his star players.

Several big-name stars forced a move out of the club while others were shown the exit door during Wenger’s 22 years in England.

We’ve compiled a talented Xl of players who went on to have impressive careers after being sold by the Frenchman.

Szczesny came through the youth system at Arsenal and made the breakthrough into the first team in 2009 but never really earned Wenger’s trust.

The goalkeeper fell down the pecking order after Petr Cech was signed from Chelsea and spent two seasons on loan at AS Roma.

He then joined Juventus on a permanent deal in 2017, replacing Gianluigi Buffon as the club’s No.1 and winning three Serie A titles in a row.

Sagna won one FA Cup during his seven years at Arsenal, but left North London on a free transfer in 2014, joining Premier League rivals Manchester City.

The right-back made 86 appearances for City and won the 2016 League Cup before being released at the end of his contract. He now plays for Montreal Impact in the MLS.

Sagna was following in Toure’s footsteps as the Ivorian had made the same switch five years earlier.

Vermaelen joined Arsenal from Ajax for £10million in 2009 and made 150 appearances in all competitions, but the defender was troubled by a series of fitness issues.

He refused to sign a new deal at Arsenal and completed a move to Barcelona in 2014 where terrible luck with injuries continued to limit his game time.

However, he still ended up with four La Liga titles and two Copa del Reys from his five years at the Camp Nou. The Belgian went on to play for Vissel Kobe in Japan alongside Andres Iniesta for four years before retiring in 2021.

Cole broke into the Arsenal first team and became an integral member of “The Invincibles” side in the 2003–04 season before completing a controversial move to Chelsea in 2006.

“I moved on and they moved on, but I do feel sometimes a bit sad because it was my club and I played there since I was nine,” Cole told Monday Night Football in 2019.

“To have that ill-feeling from the (Arsenal) fans still is hard sometimes.”

He developed into one of the best left-backs in the world at Stamford Bridge, winning the Premier League, the Champions League and four FA Cups.

Gnabry found himself on the sidelines at Arsenal and was sold to Werder Bremen in 2016 after an unsuccessful loan spell at West Brom.

The 26-year-old has gone from strength to strength since leaving England and completed a move to Bayern Munich in 2017. He’s been a revelation for the perennial Bundesliga champions and was one of their star players during their 2019-20 treble-winning campaign.

Vieira won six major trophies and became a club legend during his time at Arsenal, but he decided to join Juventus in 2005.

“You can see that the coach doesn’t trust you like he used to. That’s part of the game. It’s difficult and I accept it because we had a young player called (Cesc) Fabregas who was coming through the academy and he was doing really well.

“So I was smelling that the time for me at Arsenal was over.”

The midfielder won the league in his debut season in Italy, but Juventus were stripped of the title and relegated to Serie B following a match-fixing scandal.

Vieira went on to win four Serie A titles with Inter Milan before finishing his playing career back in England with Manchester City.

He’s now back in the Premier League, doing a fine job in charge of Crystal Palace. It wouldn’t be a shock to see Vieira in the Emirates dugout at some point, though his midfield successor Mikel Arteta doesn’t look like going anywhere anytime soon.

Fabregas was just 16 when he joined Arsenal from Barcelona and later established himself as one of the best midfielders in the world.

Following a protracted transfer saga, Barcelona spent £28million to bring him back to the Nou Camp in 2011.

He scored 42 goals in 151 appearances for his boyhood club, but the midfielder couldn’t dislodge Xavi or Andres Iniesta in the starting line-up.

The former Spain international became public enemy number one with Arsenal fans by signing for Chelsea in 2014, and he won two league titles with the Blues before joining Monaco in 2019.

10 years ago today, Cesc Fábregas managed to score a late penalty against Barcelona with a broken leg.

Henry won two Premier League titles and three FA Cups at Arsenal and left for Barcelona in 2007 as the club’s all-time record goalscorer.

After winning seven trophies in Spain, Henry joined New York Red Bulls and had a brief spell back at Arsenal before hanging up his boots in 2014.

Anelka arrived at Arsenal from PSG for just £500,000 in 1997 and the Gunners made a £22.5million profit when they sold him to Real Madrid two years later.

He won the Champions League in his one and only season at Madrid and later had spells back in England with Liverpool, Manchester City, Bolton, Chelsea and West Brom.

The journeyman represented 12 different clubs in a 19-year career and also won league titles in Turkey and Italy.

Van Persie was regarded as one of the best strikers in the world and Arsenal fans were distraught when he completed a controversial £24million move to Manchester United in 2012.

The Dutchman scored 26 league goals and won the Premier League title in his debut season at United before receiving a guard of honour on his first return to the Emirates.

He then helped the Netherlands finish third in the 2014 World Cup and ended his club career back at Feyenoord in 2019.

READ NEXT: Seven of Arsene Wenger’s most forgettable signings at Arsenal