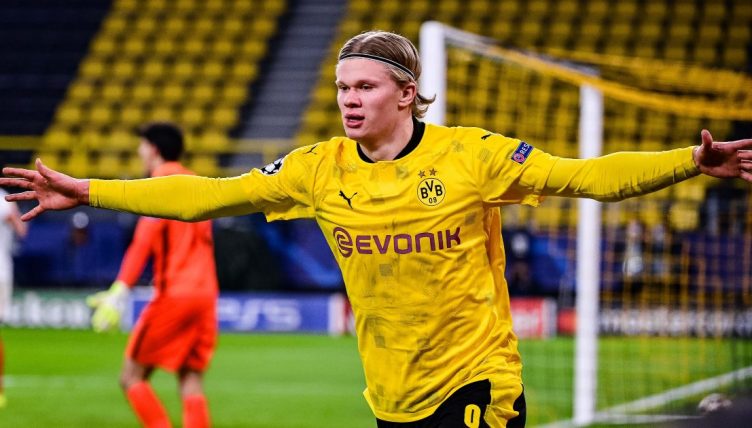 Love him or loathe him, Mino Raiola is undoubtedly one of the most successful and high-profile agents in world football.

Raiola doesn’t shy away from controversy but still boasts Manchester United and Juventus stars among an impressive roster of clients.

We’ve compiled a brilliant Xl of Raiola’s current clients, arranged in a 3-5-2 formation.

Back in 2017, Donnarumma informed AC Milan that he would not be signing a new contract at his boyhood club. Milan saw Raiola as the instigator of his choice to look elsewhere.

“In the end, it was the agent who prevailed,” Milan general manager Marco Fassone told Gazzetta dello Sport in 2017. “I’m convinced that, in his heart, Gigio is not convinced by this decision.

Following immense pressure from angry fans, the goalkeeper eventually changed his mind and has now made over 200 appearances for the Rossoneri.

But his current deal is set to expire at the end of 2020-21 and Raiola reportedly wants a £35million release clause added to any new contract.

After De Ligt led Ajax to a domestic double and the semi-finals of the Champions League in 2018-19, Raiola wasted no time in engineering him a move out of the club.

The centre-back was linked with PSG, Barcelona and Manchester United but eventually completed a £67.5million move to Juventus.

He overcame a shaky start to life in Italy and is one of the favourites to be named club captain if Giorgio Chiellini leaves at the end of 2020-21.

“I have already told Matthijs that he will become the best in his position and will have the possibility to win the Ballon d’Or in the upcoming years,” Raiola told Tuttosport in December 2020.

“He has a great personality, he’s a captain even if he is not wearing the armband.”

De Ligt with the all-important breakthrough for Juventus! ⚫⚪

The Dutchman's low, drilled shot finds the bottom corner and has his team on course to be crowned champions today 👏 pic.twitter.com/4guEDsPXP1

De Ligt isn’t the only Netherlands centre-back on Raiola’s books.

Inter Milan’s De Vrij was named as Serie A’s best defender in 2019-20 and has been an ever-present in Antonio Conte’s Scudetto-chasing squad this season.

The 29-year-old has recently been linked with a move to the Premier League with Liverpool but looks set to sign a new contract at Inter.

Romagnoli has made over 200 appearances for AC Milan over the last five-and-a-half years and was appointed club captain in 2018.

According to La Gazzetta Dello Sport, contract talks have hit an impasse with Raiola asking Milan to double the player’s current wages.

The centre-back is attracting interest from Juventus and Barcelona, while Everton are also monitoring the situation.

One of the breakout stars of the 2018 World Cup, Lozano was heavily linked with Manchester United following his impressive displays for Mexico.

He decided to remain at PSV Eindhoven for another season before completing a €42million move to Serie A side Napoli.

The 25-year-old has rediscovered his best form in 2020-21 after enduring a difficult debut season in Naples and Atletico Madrid are reportedly tracking Lozano ahead of a potential summer move.

Pogba left Manchester United to join Juventus in 2012 after talks broke down over a new contract, with Sir Alex Ferguson later calling Raiola a “bad agent” and, more wonderfully, a “shit bag”.

Four years later, Raiola reportedly pocketed near to £20million of the £89million fee that took the midfielder back to Old Trafford.

The World Cup winner has divided opinion over the last four years and Raiola is now trying to engineer a second transfer away from United for his client.

“Paul is unhappy at Man United, he can’t manage to express himself like he wants to and like people expect him to.

“He needs to change team, he needs a change of scenery. He has a contract that will expire in a year and a half, in the summer of 2022, but the best solution for all parties is a transfer in the next (summer) window.” 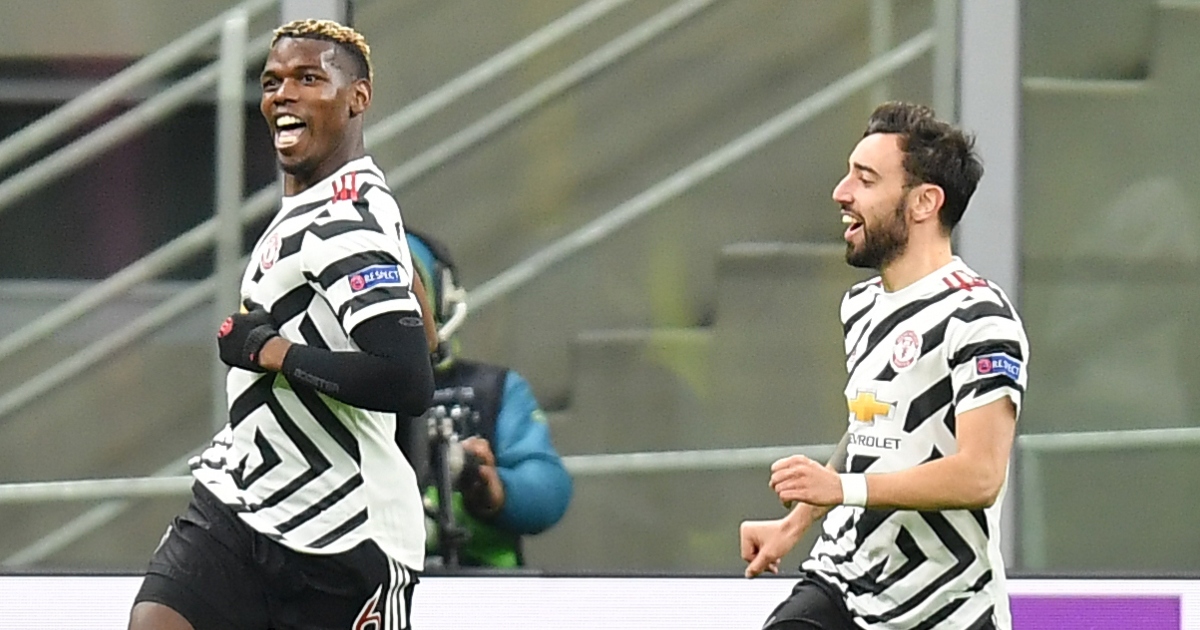 After Donato Di Campli described Verratti as a “prisoner” at PSG, the midfielder sacked his agent and teamed up with Raiola in 2017.

“I knew [Raiola] because he was Ibra’s agent,” Verratti told L’Equipe in 2017. “The only thing I said to him was, ‘I don’t want people to be talking about me in the press.’

“He’s got experience and a good relationship with clubs, and Zlatan recommended him to me. In football and even outside football, every time I’ve listened to Zlatan, I’ve made a good decision.”

The midfielder is now in his ninth season with PSG and has never really pushed for a move away from the Parc des Princes.

Another talented Ajax academy graduate, Gravenberch made his first-team debut at 16 and has already been dubbed ‘the next Paul Pogba’.

The 18-year-old was entrusted with a bigger role following Donny van de Beek’s departure in 2020 and hasn’t looked back since.

His performances have been attracting interest from Manchester United and Barcelona but Juventus reportedly hope their good relationship with Raiola will give them the upper hand in negotiations. 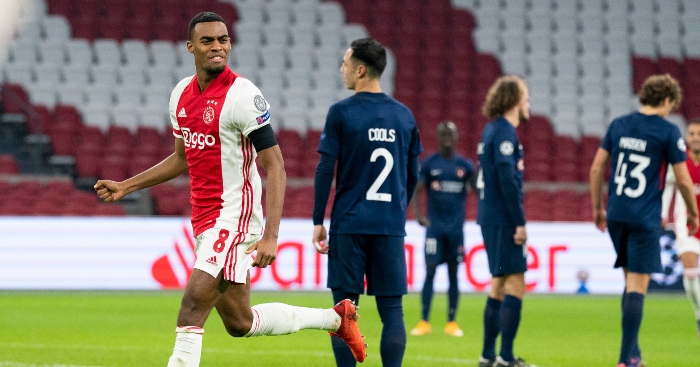 Son of French World Cup winner Lillian Thuram, Marcus is showing that he is a player who deserves respect in his own right.

Since swapping Guingamp for Borussia Monchengladbach in 2019, the 23-year-old has established himself as one of the best young talents in the Bundesliga.

According to German outlet Bild, Manchester City, Barcelona and Juventus are in a three-way transfer battle to land the France international.

That sound you can hear is Raiola licking his lips at the prospect of Haaland’s next move. 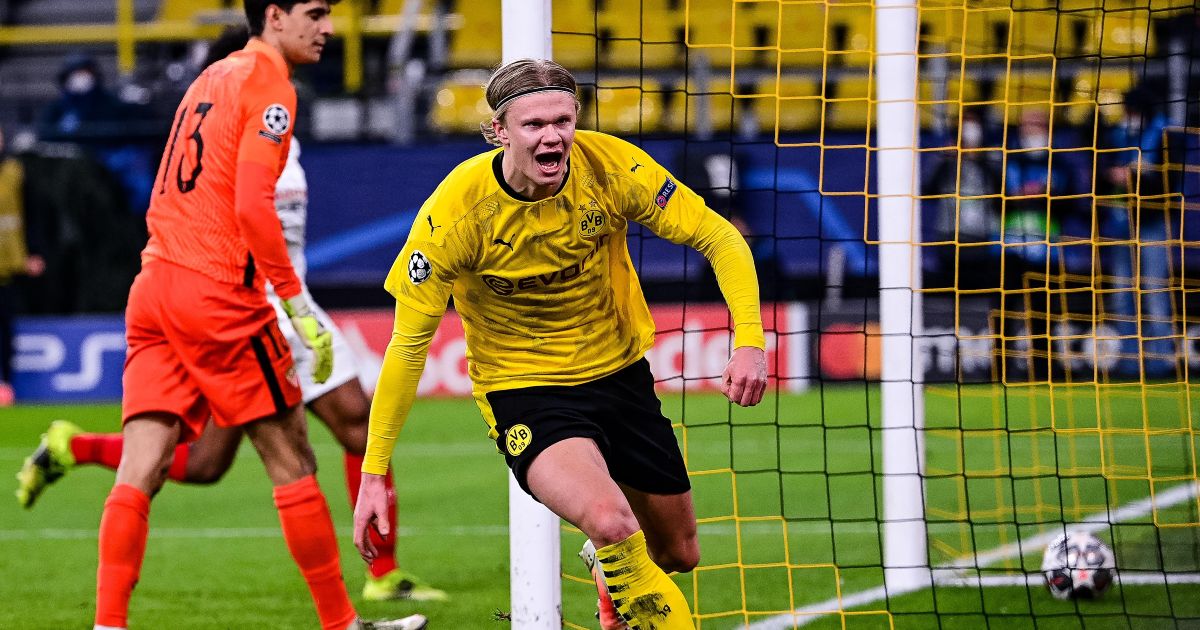 READ: Erling Haaland is the obnoxious FIFA player of your nightmares turned real

Raiola’s most famous client, Ibrahimovic first met the super-agent when he was at Ajax and they have been working together for nearly two decades.

“I think that Zlatan liked me as I think I was the first one to tell him he was full of shit,” Raiola told talkSPORT in 2016. “I told him that if he thought he wanted to be one of the best players in the world then he would pump up his game, get working harder etc.

“And I think that until that time he only had people that wanted to work with him and said to him all the nice stuff.”

The Sweden international has made several high-profile transfers during his career, playing for the likes of Juventus, Inter Milan, Barcelona, PSG, Manchester United and AC Milan.