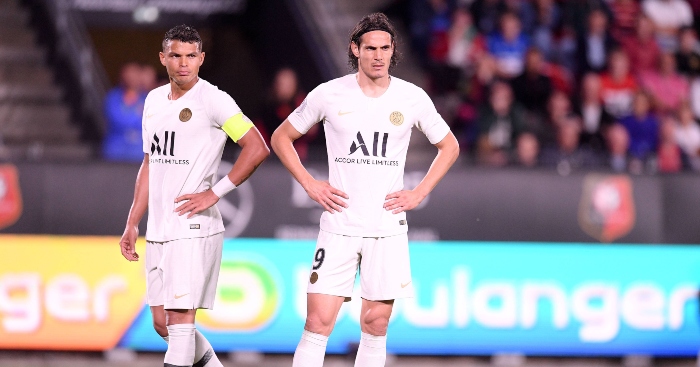 While a lot of football clubs might be strapped for cash this summer, there are still plenty of bargains to be found in the transfer market.

The current financial uncertainty means that there is likely to be a greater focus on free transfers, and that’s not necessarily a bad thing.

We’ve compiled an XI of high-profile players who are out of contract at the end of the season, arranged in a 4-3-3 formation. Note: We’ve not included players like Dries Mertens, who are on the brink of signing a new deal.

Admittedly, this doesn’t get off to the best of starts.

Bravo was one of Pep Guardiola’s first signings at Manchester City, but the goalkeeper was replaced by Ederson following a series of errors.

The Chile international still has a pretty impressive CV and clubs could do a lot worse than Bravo. 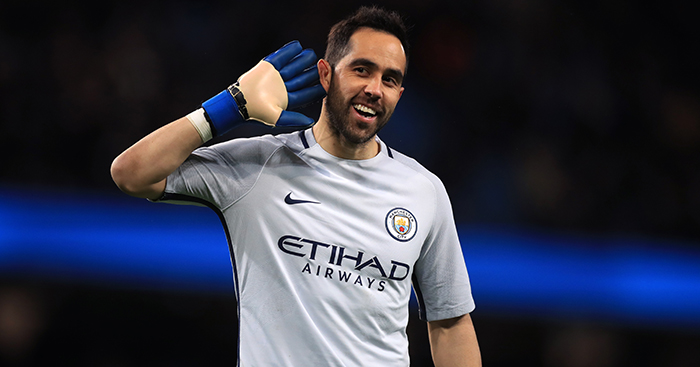 Meunier has spent the last four years at PSG but has never managed to establish himself as the club’s first-choice right-back.

The Belgium international has been heavily linked with a move to Tottenham, and he is confident he wouldn’t have any trouble finding a new club.

“A free, international player, who plays in the FIFA ranked world’s No.1 team and who is 28 years old, it cannot be a bad buy, even if I get gangrene and I have to cut off a leg!” Meunier told RTBF in April 2020.

The centre-back joined PSG in 2012 and has been an excellent servant for the French side, winning seven consecutive Ligue 1 titles.

Despite making 30 appearances in all competitions in 2019-20, Silva won’t be given a new contract, according to the PSG sporting director Leonardo.

Everton, Tottenham and Arsenal are reportedly vying for the 35-year-old’s signature as they aim to bolster their defences.

PSG have told club captain Thiago Silva his contract won’t be extended following the completion of their Champions League campaign, according to @lequipe

He’s won 21 trophies since joining the club in 2012 🏆 pic.twitter.com/ZQsIyG5N3H

Vertonghen has been at the heart of Tottenham’s defence since his arrival from Ajax in 2012, and the centre-back has made over 300 appearances for the club.

But the 33-year-old has been in and out of the team this season, meaning a change of scenery could be on the cards.

“I want to sign with the right club. It could be Spurs, or another club,” Vertonghen told Belgian TV channel Play Sports in April 2020.

“I really want to continue at the top level for a few more years and I would like to play European football next season.

“Since January, a number of clubs have come forward with serious proposals. The Spanish and Italian leagues are the most obvious for the time being, but I will keep all options open.”

Kurzawa joined PSG in 2015 but has fallen out of favour under Thomas Tuchel, meaning he has only made nine starts in Ligue 1 this season.

Arsenal were linked with a move for the left-back in January but the deal failed to materialise, and Liverpool are reportedly monitoring the situation.

Cazorla’s playing career looked over when doctors told him that he would be lucky if he could ever walk again following several injury problems.

But the Spain international has resurrected his career at Villarreal and is still able to produce moments of magic in La Liga.

He is yet to make a decision on his future, but the midfielder clearly has some unfinished business at Arsenal.

“I don’t know if it’s possible or not, but I want to play one more game for Arsenal before I retire,” Cazorla told Goal in January 2020.

“It was a deep regret that I could never have a proper goodbye. Arsenal was the biggest club I ever played for. I’m proud that I was an Arsenal player.” 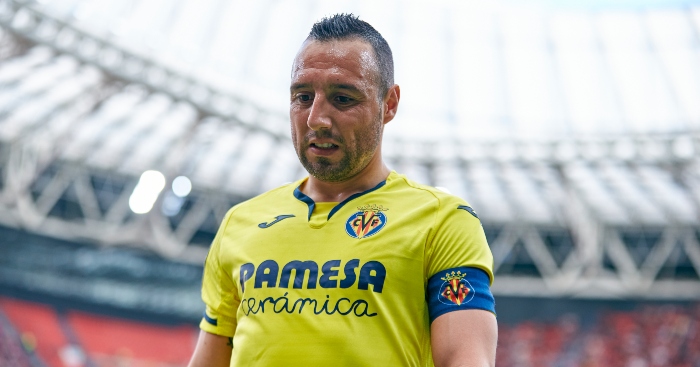 Silva joined Manchester City in 2010 and has played a starring role in four Premier League title triumphs for the club, as well as lifting two FA Cups and five League Cups.

The 34-year-old is still a key member of Pep Guardiola’s side, but he has already confirmed that his 10-year stint at the Etihad will come to an end in the summer.

Gotze returned to Borussia Dortmund in 2016, but his second spell at the club hasn’t exactly turned out the way he wanted.

The midfielder has struggled to secure a regular starting place under Lucien Favre, scoring three goals in 21 appearances in all competitions this season.

Dortmund sporting director Michael Zorc has already confirmed that the former Golden Boy winner will be released at the end of the season.

At 28, Gotze still has time on his side and will look to revive his career at whichever club gives him his next opportunity.

Willian, who joined Chelsea in 2013, has helped the club win two Premier League titles, the FA Cup and the Europa League over the last seven years.

The winger looks certain to move on from the Blues in the near future and could reunite with former manager Jose Mourinho at Tottenham.

“It’s a difficult situation because Chelsea offered me two years and they are not going to change what they offered,” Willian told Brazilian outlet Esporte Interativo in May 2020.

“I said I wanted three more years. The situation is difficult because of this. I really don’t know if it will be possible [to stay].”

Cavani is yet another PSG player who will be allowed to leave the club at the end of the season.

The striker has scored 200 goals in 301 appearances for the French side but has fallen down the pecking order following Mauro Icardi’s arrival from Inter Milan.

He has been linked to a move to European giants Atletico Madrid and Inter Milan, along with Newcastle United.

Fraser was one of the Premier League’s best performers in 2018-19, scoring seven goals and registering 14 assists for Bournemouth.

His performances saw him linked with moves to Arsenal and Liverpool, and while the 26-year-old has been unable to recapture the superb form he showed in the last campaign, plenty of clubs will still be interested when his contract expires in the summer.

He is fearful of sustaining an injury that would effect a transfer to a bigger club.

Six of the weirdest transfer rumours in 2020: Hendrick, Sorloth, Pellegri