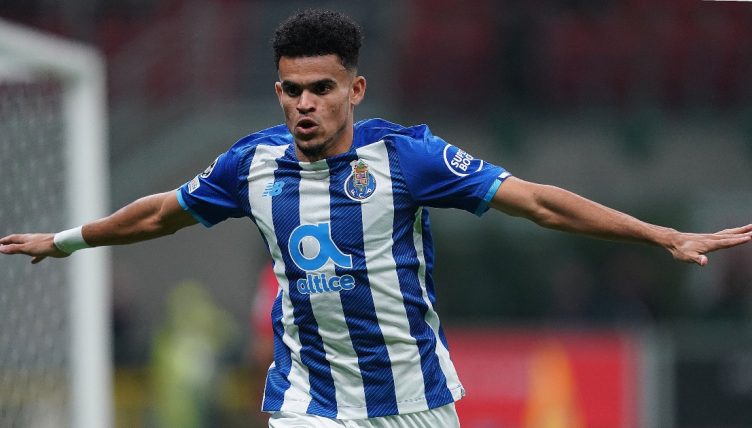 Despite being linked with a move to Tottenham, Luis Diaz has now joined Liverpool in a deal that could eventually be worth £50million.

Diaz impressed for Colombia at the Copa America last summer and carried that form into the current campaign with Portuguese side Porto.

Here are 15 key quotes on Liverpool’s new recruit, from those who know him best.

“I could not be happier that we’ve been able to get this deal done and bring Luis to Liverpool,” Klopp told Liverpool’s official website after signing Diaz.

“I have always been a believer in only signing players in January if you would want to sign them in the summer, and that’s very much the case with Luis. He is an outstanding player and someone we’ve been tracking for a very long time.

“We believe he has everything needed to fit into our way and adapt to the Premier League, both physically and mentally. He is a player who is hungry for success and knows you have to fight to get what you want. He is a fighter, no doubt. He’s a skilful team player who has always the goal in mind.

“Luis Diaz is an excellent player, he does a lot of work for the defence, he did it in the goals of Copa America,” Alisson said before Brazil faced Colombia in November 2021. “In Porto, he comes with good performances.”

“Luis Diaz is the example of the professionalism and passion we have in playing for FC Porto, we know of the importance of wearing this shirt, and I am proud to share the locker room with Luis Diaz and others,” the Porto defender said in 2021. 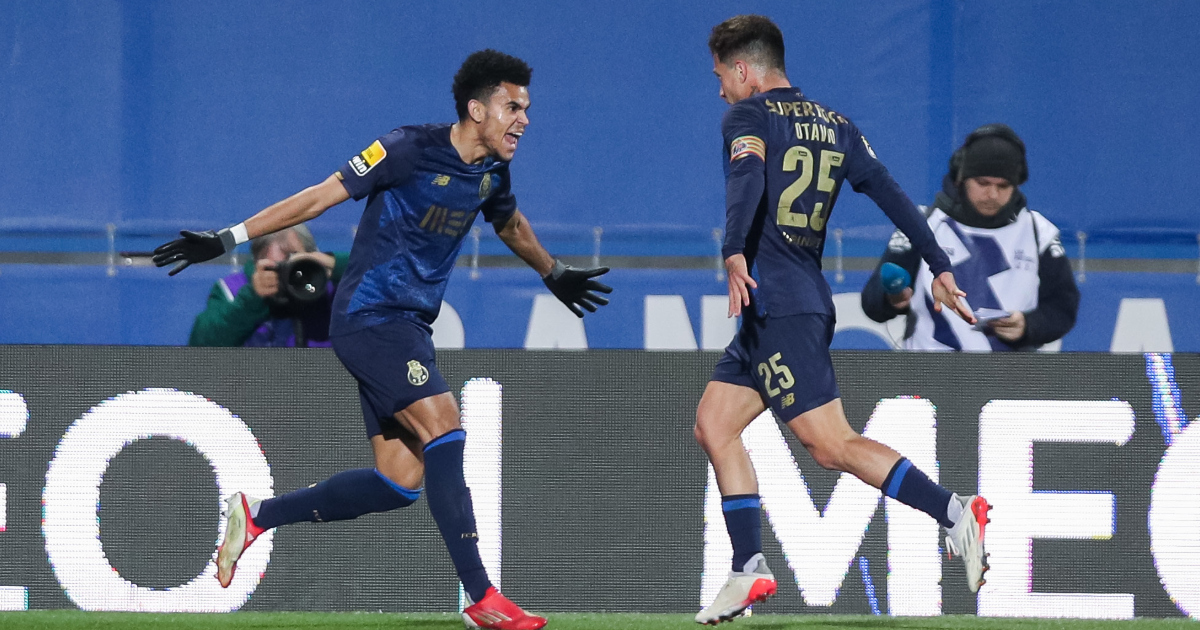 “I don’t have to answer, we know his qualities, apart from the human level he is also extraordinary on a technical level.,” Oliveira said after Porto’s win against Milan in October 2021.

“He is an impressive player, very hardworking, with great skills, has a goal, can assist and has impressive physical ability,” Martinez said when asked about Diaz. “He is in his prime and must take advantage of it.”

“Lucho Díaz has been doing very well, he played a good Copa América – scoring four goals in so few games is difficult,” Rodriquez said about his compatriot. “We need players with this quality.”

“Luis has an immense talent,” Porto’s assistant manager told Expresso in January 2022. “The way he communicates with the ball is almost poetic.”

“A player like Lucho, with the qualities he has, can play for any team. It’s not easy to find players like him,” Diaz’s former coach told O Jogo.

“There are things similar to Jadon Sancho. Both have fun on the field, they don’t feel pressure and they play the same way in any side.”

– “He was very fast and had a very good technique, the ball would stick to his foot like glue.” the former Colombia international told BBC Sport in 2021.

– “Lucho can shoot from distance, he’s comfortable with his two feet, he can dribble, he can open up defences, he can score. What can’t he do?” Diaz added. “But, believe it or not, he’s yet to reach his ceiling.” 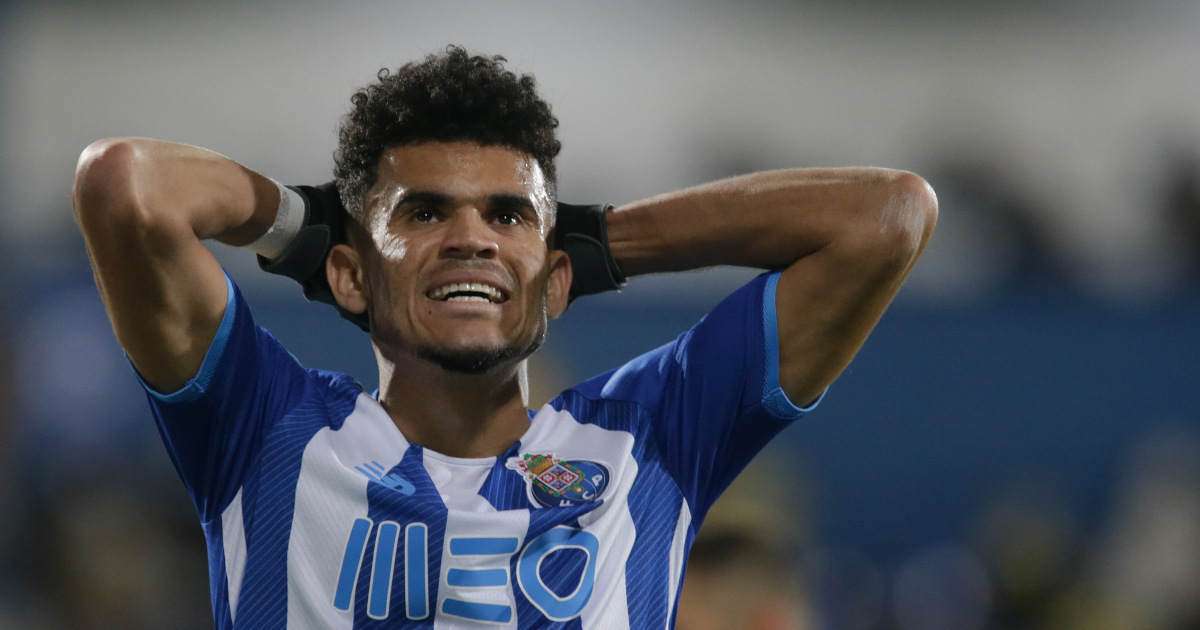 “Now Luis, he’s in a phase of adaptation to European football,” the former Manchester United assistant told the Daily Mirror.

“He’s learning from a mistake here and there, like what happened to other great players that he’s had in my career like [Luis] Figo, Cristiano Ronaldo and [Paulo] Futre.”

“Colombia has players of great quality and experience, like (Juventus winger Juan) Cuadrado,” the former Uruguay manager said in October 2021.

“In addition, they have good strikers and new players have been appearing recently, like this kid Luis Diaz from FC Porto.

“He wasn’t on the elite’s radar but, after the Copa America he produced, he is now.”

“He’s very eye-catching. He’s a winger, usually a left winger cutting in on to his stronger right foot,” Vickery told Sky Sports News. “He’s got a goal in him.”

Liverpool are close to agreeing a deal for Porto winger Luis Diaz for an initial $50M/€40M, per multiple reports

He can make magic happen 😳

“Liverpool are ruthless in their transfer business and have done it quietly and efficiently,” the journalist told the Football Daily podcast. “He is a very Klopp signing – the perfect age bracket.

“Salah, Mane and Firmino are getting that little bit older and Diaz is perfect for how they play.”

“He is the kind of player Klopp likes. Technically he is very gifted – he is bound for greater things than the Portuguese league.

“Diaz is the best Colombian player at the moment, the best player in Portugal at the moment. He can do anything up front despite not being a centre forward.

“He really has something special about him. There is no doubt in my mind that, if things go normally, he will fit in perfectly at Liverpool.”

“In the field, he has been an indomitable dragon, capable of taking the team without help to incredible heights, the Portuguese outlet wrote.

“The price rises week by week and the sharks of England no longer just salivate with what they observe in the field. He is an ace that seems to literally live on a separate planet.”

Diaz next: The four players Liverpool have signed from the Primeira Liga