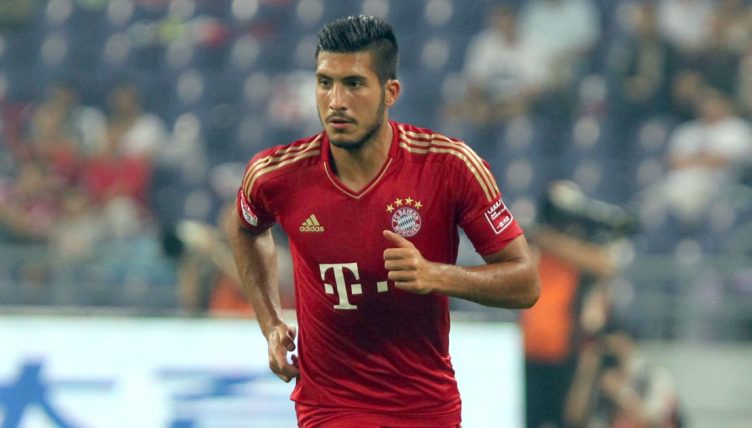 When Bayern Munich won the Champions League in 2020, academy products like David Alaba, Alphonso Davies and Thomas Muller were a key part of the success. And those three are just the latest in a long line of glittering youth-team graduates to pull on the red shirt.

But not all the players who stand out in the Bayern Munich age group teams go on to make the grade at the club.

Here, we’ve compiled an XI of Bayern academy products who are currently plying their trade elsewhere.

After 50 games for Bayern Munich II in the German fourth tier between 2013 and 2015, Zingerle moved on to find first-team football. First, and unsuccessfully, he joined Greuther Furth, where he also played for the reserves in the fourth tier, then to Magedeburg in the third tier.

After a transfer to Paderborn, he established himself and won promotion into the second tier in 2018 and Bundesliga in 2019. Paderborn were relegated in their first season, finishing rock bottom, and it’s fair to say Zingerle has pretty unfortunate memories of Jadon Sancho.

Still just 23, Pongracic has already been around the block.

The German-born Croatia international started off in the academy at Bayern, spent a couple of years in the youth teams of Ingolstadt, a season at Bayern’s Munich rivals 1860, where he made his senior debut, before three years in Austria with Red Bull Salzburg, where he got an early taste of Champions League football.

He’s now back in the Bundesliga with Wolfsburg and made his Croatia debut last year.

Hummels might have made his name as a pro with Bayern’s domestic rivals Borussia Dortmund, but he started off in the Bayern youth ranks, and even made two senior appearances, before moving to Dortmund in 2008.

After eight and a half seasons and two league titles with BVB, he moved back to Bayern, where he won three more league titles, before moving to Dortmund again in 2019.

Comfortable at left-back or centre-back, 23-year-old Friedl currently plays for Werder Bremen and was being linked with a move back to Bayern, where he started off, before they signed Reading defender Omar Richards.

Friedl’s clearly got some skills, but if we’re honest, we mostly included him for this…

😬 Marco Friedl put his body on the line three times in six seconds for Werder Bremen this weekend.

Admittedly, he didn't really know much about the second and third blocks…pic.twitter.com/ObR13pNWer

The son of one-time Germany international Martin Max, Philipp played for Bayern’s youth teams between 2007 and 2010. After spells at Schalke, Karlsruher and Augsburg, where he stood out for his attacking surges and crossing, he’s now in Holland with PSV Eindhoven, who are second in the Eredivisie.

If you can look past his terrible haircut, there’s a good player in Max. He won a silver medal with Germany’s Under-23s at the 2016 Olympics in Brazil and in 2020 followed in his father’s footsteps, making his senior national team debut.

Can might be having an error-strewn season with Borussia Dortmund, but there aren’t many players who can boast a CV that reads: Bayern Munich, Bayer Leverkusen, Liverpool, Juventus, Borussia Dortmund.

He’s still only 27, apparently, which we find really quite difficult to believe.

It’s bloody Toni Kroos, do you really want us to justify this inclusion? Fine, then, have this…

Schopf plays for Schalke, so the less said about this season the better. But he’s had a more than decent career since leaving Bayern Munich II in 2014. Two seasons at Nurnberg, six at Schalke, 25 Austria caps.

He’ll be a solid performer on the right in this team. Not flashy, but he’ll get up and down.

As his former manager Domenico Tedesco said in 2018: “Schopfi is almost the complete player. He’s hard-working and always puts the effort in. He’s also got technical ability, can score goals and is a good person.”

Ain’t that nice? You always need one of them.

Soriano, who is German-born but of Italian descent, is in the form of his life this year with Bologna. Now aged 30, the former Sampdoria and Villarreal player has nine goals and seven assists in Serie A in 2020-21.

So good has he been that he got a ninth Italy cap in November 2020, a full five years after his eighth.

Bologna take an early lead against their local rivals Sassuolo 🔴🔵

A nice side foot finish from Roberto Soriano makes it 1-0 🔥 pic.twitter.com/T0gyvn3BSL

Anyway, back to the football. Sansone’s a lovely right-footed left winger who likes to nip inside. Once scored from the halfway line, too. Have a bit of that…

Adeyemi played for Bayern when he was knee high to a grasshopper but had to leave because of what the newspaper Sueddeutsche Zeitung refers to as “a lack of discipline”, whatever that might mean.

Anyway, leaving worked out pretty well. After coming up through the ranks at smaller Munich club Unterhaching, he left for Red Bull Salzburg aged 16 in 2018. That same year, he won the Fritz Walter Gold Medal, which is awarded to the best Under-17 player in Germany and had previously been won by Leon Goretzka, Timo Werner and Mario Gotze.

Still just 19, Adeyemi, whose mother is Romanian and father is Nigerian, but who plays for the German national youth teams, is now making his mark on the first team at Salzbug and earlier this season scored his first Champions League goal.

He has reportedly turned down Chelsea in the past, but if he fulfils anything like his potential, he’ll likely be playing for a top club in a top league in the near future.