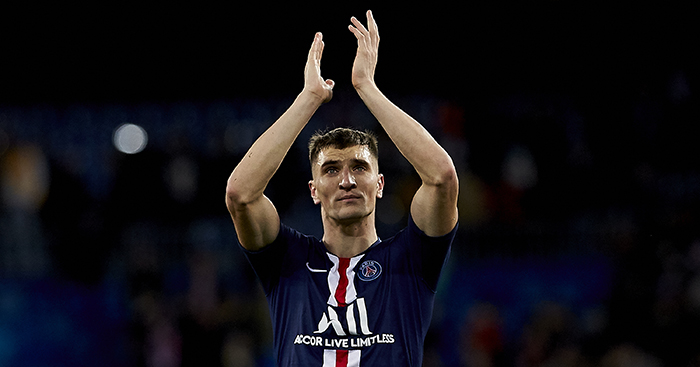 No matter what team you decide to manage on Football Manager 2020, you’ll never turn your nose up at a bargain – and we’ve selected 11 of the best you can pick up for less than £5million.

We’ve already picked out some of the affordable wonderkids, but even many of those will be unattainable unless you’re managing one of the big boys.

And if you are taking on more of a long-term project and have to think carefully about the money you spend, you’ll want to consider some of this lot…

Probably the best goalkeeper that can be signed for under £5million is Andrada, a 28-year-old Boca Juniors player with one Argentina cap to his name. His goalkeeping statistics are very strong, with 15s or above for ‘reflexes’, ‘command of area’, ‘kicking’, and ‘one on ones’.

He can certainly walk into most Premier League teams and with relatively low wage demands is a good option for three or four years; the definition of a bargain. 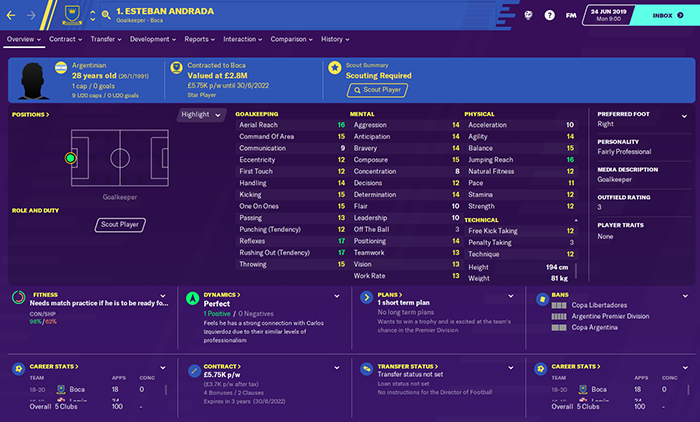 Easily the most famous player on this list, Meunier is inexplicably available for as little as £3.5million from Paris Saint-Germain.

The Belgian international has brilliant stats in all areas and can play across the width of midfield – as well as pretty much anywhere other than left-back.

The only real stumbling block is Meunier’s £50k wages, which make him unavailable to all but the likes of Everton and above.

Back to Boca, who have a very good team in this year’s game, Lopez is a strong centre-back who has a good couple of years still playing at his peak. The four-cap Argentinian has solid stats across the board but most notably in those core defensive attributes of ‘heading’ (17), ‘tackling’ (15), ‘marking’ (15), and ‘bravery’ (18).

With decent technical stats too, Lopez can play in most mid-table Premier League sides as a first-choice defender – even if you’re trying to play aesthetic football. 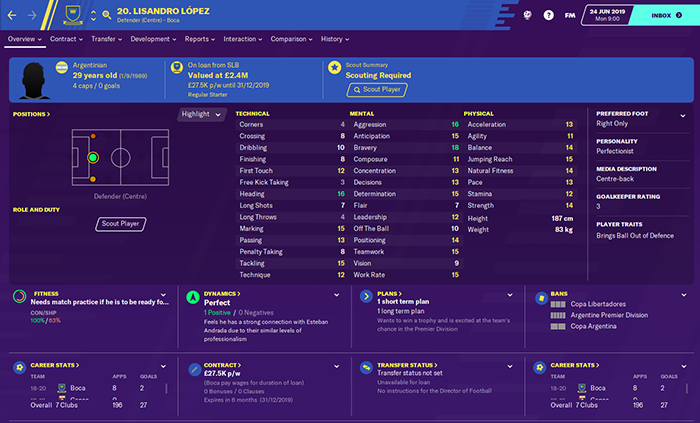 Once again, going outside Europe is the best way to find bargains in Football Manager, and Monterrey centre-back Medina is certainly a long way from being on the radar of most European clubs. He doesn’t have any outstanding attributes, but a smattering of 14s and 15s in some key metrics is enough to make him a useful squad player at £4.5million.

Low wages and 15 caps for Colombia are another two reasons to get Medina, a strong and athletic defender who deserves a chance outside of South America.

Full-backs are very difficult to find in Football Manager, and usually the best ones are those who have good stats in every single department; specialists just don’t tend to work, while players with 13s or 14s in all areas – like Krasnodar’s Cristian Ramirez – will get a seven out of ten every week.

Ramirez is still only 24, and although his wages (£30k) aren’t cheap, a price tag of around £3million makes him a very good signing for the Premier League. He’s also a good squad to player to have, capable of filling in at right-back or on the left wing.

The LA Galaxy midfielder is certainly well known for his time at Barcelona and his long Mexico career, but Dos Santos has fallen off the radar in recent years in the States.

Costing about £2million, the 29-year-old has the flair and vision to excel as a deep-lying playmaker in the Premier League.

He has 16 or 17 for ‘technique’, ‘passing’, ‘first touch’, ‘corners’, and ‘work rate’, making Dos Santos a perfect technician for a relegation candidate looking to step up to the next level. 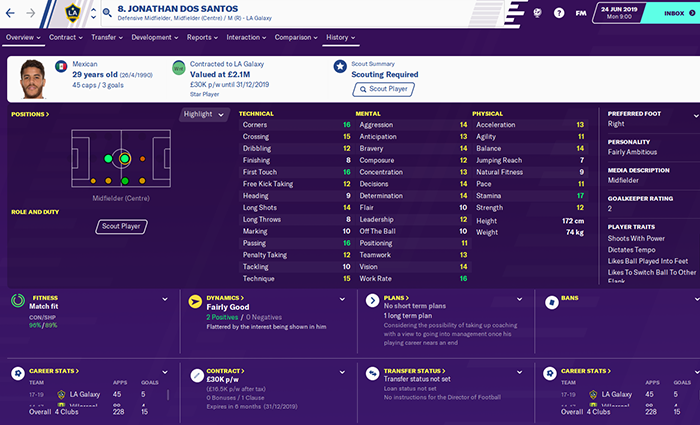 The 20-year-old River Plate midfielder is one of the game’s most promising wonderkids, capable of developing into a real star, yet Palacios can be purchased for well under £5million. He has great ‘passing’ (16), ‘technique’ (15), and ‘vision’ (15) stats, but the youngster is far from a luxury player.

Indeed, Palacios’ ‘jump reach’ and ‘strength’ are the only two stats in the Mental or Physical categories that are lower than 11. He can do it all.

Back to Boca, again, and a 23-year-old currently on loan at LA Galaxy who can just about be signed for under £5million if you act quickly.

There’s just something about Mexican players on FM20. Another Monterrey player makes the list here at just under £5million, Pizarro boasting stats good enough for almost any Premier League side – including 15s for every category needed for a playmaker. 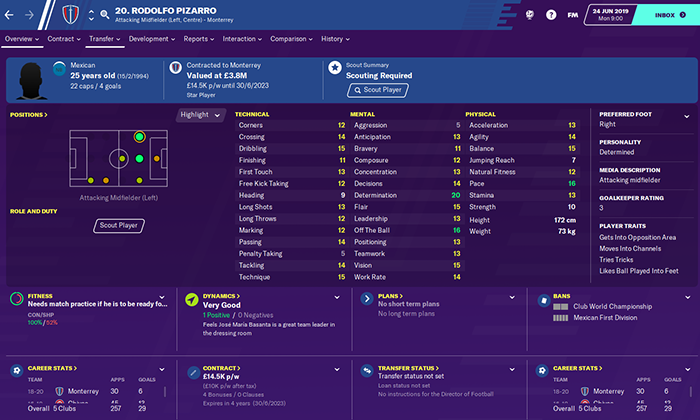 The simplicity of the Football Manager match engine makes wingers particularly important, and their roles are very simple. Quick wingers can dribble to the byline and repeatedly cross for simple tap-ins, as has been the case for several years now.

Consequently Aquino’s ‘dribbling’, ‘off the ball’, ‘crossing’, and ‘technique’ – all 14 or above – are enough.

Aquino isn’t getting any younger but for under £4million the 29-year-old can do a job, certainly as a squad player.

Strikers are hard to come by at a bargain price this year, but we go back to South America one last time to complete our 11. Blandi is a strong, experienced finisher who functions best as a poacher or advanced forward.

The 29-year-old has a couple of years left in him and is well worth £3million, with 16s or above in ‘finishing’, ‘composure’, ‘off the ball’ and ‘anticipation’.