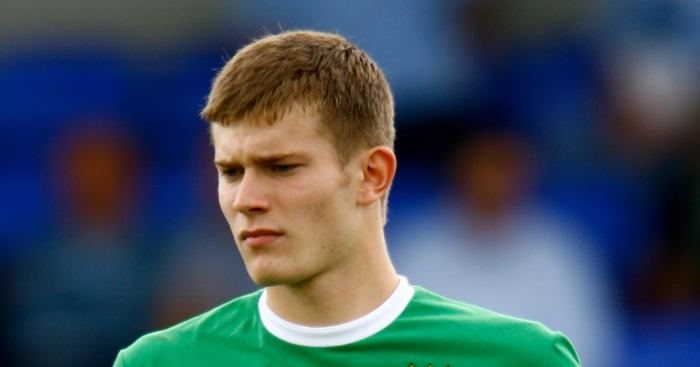 Manchester City have, for a good few years, been doing the big club thing of getting their hands on as many talented youngsters as possible.

Some, like Phil Foden and Kelechi Iheanacho, have been able to break into the first team and make an impact. Others, though have had to carve reputations for themselves elsewhere.

We’ve come up with an XI of ex-City players, some who left before graduating the economy and some who arrived later, all of whom have done alright for themselves since moving on.

City’s Champions League exit to Liverpool in 2018 was painful enough without the knowledge that the man in goal for the opponents had been in Manchester a few years prior.

Karius arrived from Stuttgart as a 16-year-old and trained with the first-team, as well as saving a penalty for a City XI in a pre-season friendly against Espanyol in 2011. That same summer, though, he would join Mainz on loan before making the move permanent in the winter.

The German played 35 times last season for Besiktas, during the first half of a two-year loan.

Trippier also played in that game against Espanyol, with coach Andy Welsh describing his performance as “outstanding”, and the right-back was still on City’s books when they won the Premer League in 2011-12.

He had spent that season on loan at Burnley, though, and would join the Clarets permanently over the summer without making a senior appearance for City.

After three more full seasons at Burnley, he moved to Spurs and established himself as an England international before playing in the 2019 Champions League final.

A team-mate of Trippier’s in City’s academy, the centre-back joined Burnley in the same summer as his contemporary.

He left the Etihad after just one senior appearance, in a League Cup defeat to West Brom in 2010, having also spent a loan spell at Leicester before his departure.

Mee is still at Burnley and can expect to make his 300th appearance for the club in the 2019-20 season.

Lejeune was 24 when he joined from Girona, so surely he was ready to start matches for City?

Nope, he was immediately loaned back out to Girona, then sold on to Eibar the following summer.

Not that he’s incapable of cutting it in the Premier League. Since joining Newcastle United in 2017, Lejeune has shown himself to be a very handy centre-back… when he’s been able to stay healthy, of course.

Dutch defender Rekik made his debut in the 2011-12 title season, but not in the league.

He replaced Wayne Bridge on his debut against Birmingham City but has since played centre-back as much as on the left.

Now at Hertha Berlin, and a full Netherlands international, Rekik has a 100% Premier League winning record… from one start.

Rabiot didn’t come close to playing competitively for City, leaving after just a few months as a teenager, but he’s arguably the best player on this list.

The midfielder spent time at a few French clubs either side of his stint in England, ultimately settling at Paris Saint-Germain in 2010.

After more than 200 games for the multiple champions, Rabiot has now added his name to the growing list of talents to move to Juventus for free.

Suárez was already on the verge of a Celta Vigo breakthrough when he was recruited by City, but he didn’t progress as quickly as he might have hoped.

The Spaniard played just twice, both games coming in the League Cup, before returning to Spain after a couple of loan spells.

A run of games for Barcelona might have had City regretting letting him go, but he’s been sidelined by the Catalan club and failed to make an impact on loan at Arsenal in 2019.

Another to join City after playing senior football, the Australian joined from Melbourne City but never came close to stepping into the first team.

One year on loan with Huddersfield was followed by a permanent move to the Yorkshire club as he established himself as one of the most accomplished players in the Terriers’ squad.

He could yet come back to the Premier League, but a return to City seems desperately unlikely.

Lopes scored on his City debut, coming off the bench to wrap up an FA Cup victory over Watford in January 2013, but that’s as good as it got.

The Portuguese left City after playing just five times, but he has seen plenty more action at Monaco where he has played alongside another ex-City player in Stevan Jovetić.

However, he was still out on loan when the Ligue 1 team eliminated his former club from the 2016-17 Champions League.

Talented winger Brooks has needed to do things the hard way, moving to Sheffield United after spending a decade with City.

His approach of moving where he expected to play regularly would continue at international level, where he won the Under-20 World Cup with England only to declare for Wales at senior level.

Brooks is now one of the more accomplished names on this list, having joined Bournemouth in 2018 and played a big role in his first Premier League season.

Guidetti might have only played one senior game for City (the same game in which Mee made his debut), but he’s done more than okay elsewhere.

A 20-goal season at Feyenoord was impressive, while he would go on to score in UEFA competitions for Celtic and Celta Vigo.

He’s now at Alavés, where he threatened to help the unfancied team crack the top six until they fell away towards the end of the season.