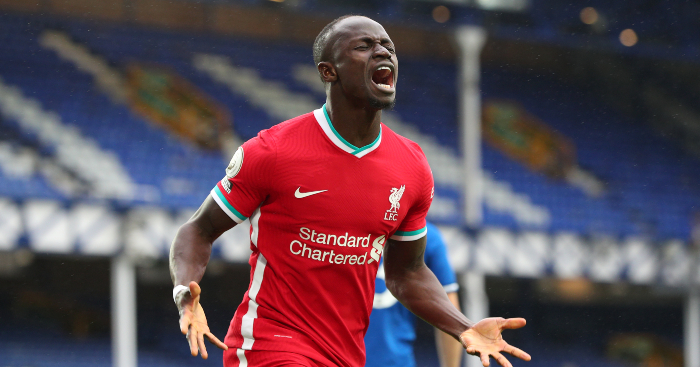 We’ve selected a team of the best players to miss out, sticking to the 4-3-3 selected by Carragher and Neville.

At the start of 2020, Martinez was a name only muttered by those with a PhD in Arsenal fringe players.

Twelve months on, Martinez has established himself as one of the Premier League’s most reliable goalkeepers, while his former club are engulfed in yet another existential crisis.

Fresh from winning the FA Cup with Arsenal after shining in place of the injured Bernd Leno, followed by a visibly emotional interview afterwards, Martinez moved to Aston Villa where he saved a penalty on his debut.

He has been a large part of Villa’s improved defensive record and, with defending currently as unfashionable as wearing double denim, deserves his place here.

With Alexander-Arnold a shoo-in, it seems fitting to select his England competitor in our own line-up.

Still only 21, James has firmly established himself in Chelsea’s line-up with his defensive solidity and penchant for whipped crosses.

All being well, he’ll be a permanent fixture at Stamford Bridge for the next decade.

There are unconfirmed rumours that Martians could hear the distressed wailing that accompanied Virgil van Dijk’s injury in the Merseyside derby.

Liverpool fans shouldn’t have worried. Fabinho was already the Premier League’s finest defensive midfielder and has filled the void left by Van Dijk at centre-back seamlessly.

Leicester have had a strange year. Poised to progress on numerous occasions, they have proceeded to sh*t the bed against beatable opponents.

Yet Leicester remain poster boys for a medium-sized club challenging the Premier League elite, and the form of Evans at centre-back has been integral to their sustained growth.

Whether partnered with Caglar Soyuncu (who’s brain fart against Bournemouth in July excluded him from his list) or Wesley Fofana (who was unlucky not to feature himself), Evans has remained as reliable as ever.

Of all the transfer errors at Old Trafford since Sir Alex left, letting go of Evans was one of the worst.

While Gareth Southgate seems determined to field an entire XI of right-backs, Chilwell has emerged as the best left-back available to the England boss.

Already impressive at Leicester, Chilwell has risen to another level since moving to Chelsea over the summer. With pace and stamina to burn, Chilwell has proven to be a valuable asset at both ends of the pitch.

One of the more surprising developments of 2020 has been the revival of West Ham.

One of the Premier League’s oldest punchlines, the Hammers have been reborn under David Moyes’s canny management and increasingly resemble a coherent team.

Less surprising is the central role Rice has played. With Mark Noble gently eased onto the bench, Rice patrols midfield with the relish of a parking attendant with a grudge against humanity alongside the beanpole Tomas Soucek.

Don’t be fooled by his England critics – with an underrated passing ability married to some tough tackling, Rice is the real deal. It only seems a matter of time before he moves to a Champions League club.

“After every training session I see James taking free-kicks. I just sit there and remember watching Beckham all those years ago,” Theo Walcott recently told talkSPORT.

“I always thought I should have got involved with free-kicks but he was just too good. Now I see James and think, ‘You’re better.'”

Excluding Liverpool, Southampton have been the biggest success story of 2020 and Ward-Prowse has been instrumental to their rise throughout.

Quite frankly, this pair of free-kicks alone is good enough for us.

James Ward-Prowse is the best free-kick taker in the league.

Love his ability or hate his Neymar-esque reaction to fouls, it’s been impossible to ignore Grealish this year.

He has become synonymous with Aston Villa in the popular imagination and his style of play – dribbling past defenders with piss-takingly brilliant contempt – has drawn comparisons with great mavericks of the past.

Similar to Rice, there seems to be one question left to answer: where next?

Any criticism of Rashford feels like the equivalent of shooting Bambi, given his peerless work campaigning for Britain’s school children to be fed.

Luckily, the Manchester United man showcases his edge on the pitch. While his finishing could be more clinical, Rashford has more than delivered for Ole Gunnar Solskjaer’s team over the calendar year.

An addiction to embarrassing defenders doesn’t hurt either.

After showing signs of improvement upon the arrival of Carlo Ancelotti midway through last season, the Everton striker has been electric so far in 2020-21, scoring 14 goals in 16 appearances for the Toffees and twice in his first three caps for England.

Ancelotti, who compared the forward to former Juventus and Milan poacher Filippo Inzaghi, felt the 23-year-old was doing his best work outside of the penalty box and encouraged him to be more selfish in the penalty area.

This advice has proven typically wise. Enjoying his best year to date, Calvert-Lewin has blossomed into a complete striker and edges out Jamie Vardy for a place in our team.

Mane can consider himself unfortunate to be overlooked by Carragher and Neville and was the first name on our own team sheet.

The Senegal captain would be welcomed into any team in world football, such is his ability to bamboozle defenders, diligent work-rate and fierce shooting with either foot.

If that’s not enough, Mane is demonstrably a lovely human being. Our captain.