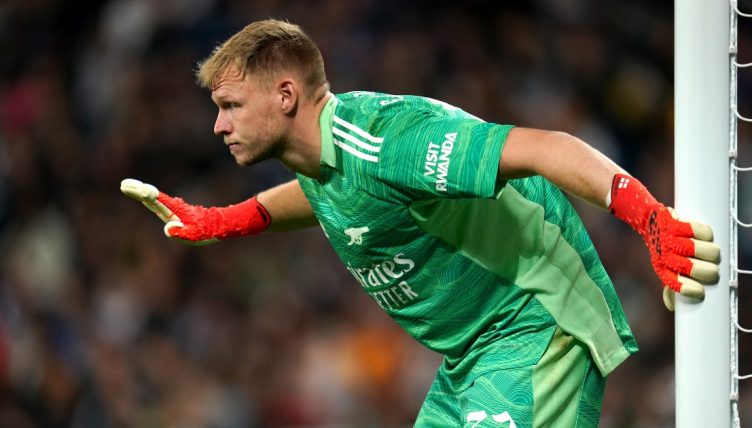 The transfer window is shut and the international break is over – it’s time for the Premier League to take centre stage once again and fans of Arsenal, Chelsea and Manchester United among others will be hoping to see their new signings in action.

Three rounds of matches have already been played and the league table has yet to fully take shape. But the season is now set to begin as the weather cools, the academic year is about to begin and managers get more time with their assembled squads.

We’ve compiled an XI of players looking to make their Premier League debuts for their new clubs this weekend, assembled in a 4-2-3-1 formation.

He’s already made his debut during the League Cup hammering of West Brom, but Ramsdale has yet to make his Premier League bow for Arsenal.

“He’s doing really good. He’s training, he’s a big competitor and somebody that is really pushing in training sessions,” Mikel Arteta told reporters at his pre-match press conference before Norwich’s visit to the Emirates on Saturday.

Considering the Gunners have conceded nine goals and sit rock bottom of the league, there must be a good chance that Ramsdale will get the nod eventually.

Signed for £16.5million from Bologna on transfer deadline day, the defender is facing a rush to obtain a work permit for Saturday’s match.

“We need the work permit first. The club is trying hard to achieve that in the next couple of hours. He is back in the country right now,” said Arteta.

“I will meet him for the first time today probably and train with him, see how he is, get a feel for it. He has been playing, so he should be completely fit. We have been impressed, that is the reason why we decided to sign him.”

“Tomi has got the capacity to play in any position in the back four. He has done it all across the back four and in a back three as well. He gives us that versatility.”

🗣"We need the permit first."

Kabak was one of a handful of centre-backs drafted in by Liverpool last season as they underwent a defensive crisis.

Highly rated after his performances for Schalke and Turkey, Kabak made 13 appearances at Anfield but didn’t do quite enough to secure a permanent move.

Facing a season in the second-tier of German football, the 21-year-old has agreed to spend the season at Norwich City as the newly-promoted side moved to strengthen their defence.

After losing all their matches so far, conceding 10 goals along the way, there’s a strong chance Kabak might make his debut against Arsenal this weekend.

With a thin squad and the clock ticking, West Ham moved to secure the signing of Zouma from London rivals Chelsea.

You’d imagine the £26million man would be a perfect fit for a David Moyes side, with his physicality and speed allied to some intelligent positional play.

The Hammers boss told the club’s official website: “He is a player we have tracked for some time, and we have taken great care and diligence to make the transfer happen.”

He should be in line to make his debut at Southampton on Saturday but there’s rumours that his reported £125k weekly wage hasn’t gone down well with the other West Ham players.

Time will tell whether it’ll disrupt a tight-knit group.

He’s already a social meme after proudly pointing at his Umbro badge at his unveiling, but Cornet promises to be an exciting addition to Burnley’s squad.

Pinched from under the noses of Hertha Berlin, the 25-year-old is able to play as a forward and a defender (We weren’t struggling for left-backs, honest).

Much of Burnley’s squad was assembled from the English lower leagues so the addition of Cornet from Lyon promises to be interesting if nothing else. He’ll hope to make his bow at Goodison Park on Monday evening.

Chelsea beat off competition from Manchester United for Saul’s services and the midfielder will be included in the squad to face Aston Villa on Saturday – they’ve got a catch. 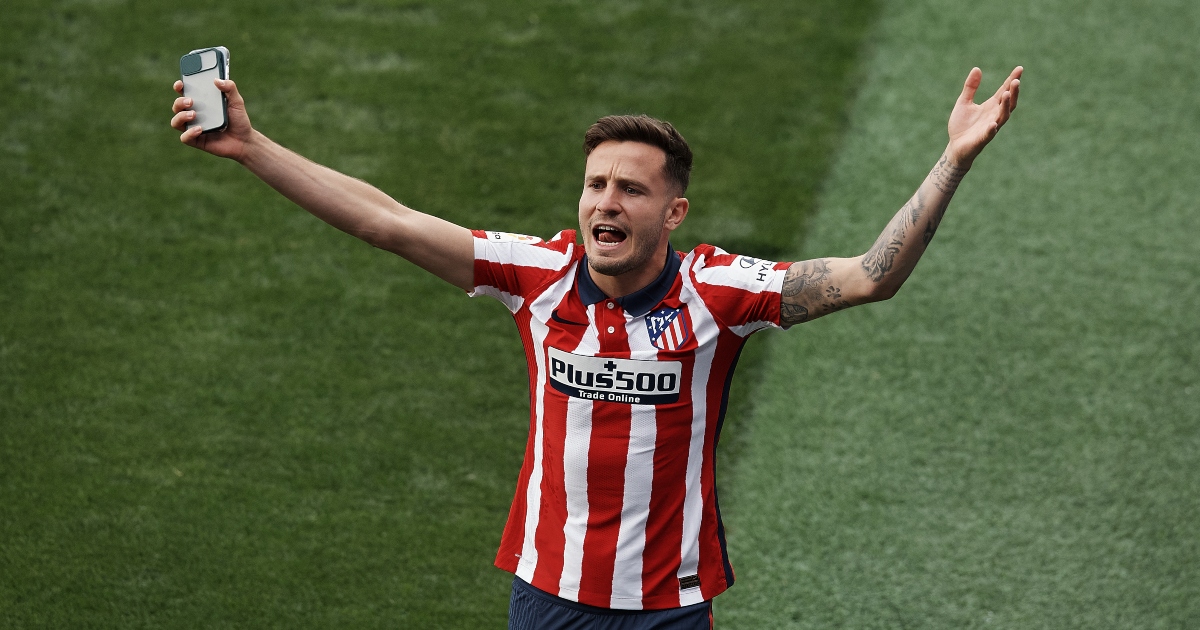 Heavily linked with West Ham before the Euros, interest in Kral was meant to have cooled following an underwhelming performance against Scotland at Hampden.

So it’s safe to say that the loan signing of the Spartak Moscow midfielder went a little under the radar.

But, if he’s anything like as good as his Czech Republic team-mates Tomas Soucek and Vladimir Coufal, West Ham certainly have a promising player on their hands.

James almost joined Leeds back in January 2019 and could be in line to make his Elland Road bow against Liverpool on Sunday.

“It is no secret that Daniel is a player we have been keen to acquire for a number of years and today we achieved our goal,” Leeds director of football Victor Orta said after his arrival.

“As a player we feel Daniel is an excellent fit for a Marcelo Bielsa team, he is quick, direct and works hard – we look forward to him joining up with the squad, finally!”

The winger admitted he’d lost his confidence at Manchester United and his move to Leeds could revitalise his career.

His previous spell in the Premier League at Everton was forgettable, but Vlasic should fare better at West Ham.

Signed for an initial £26.8m, the Croatia international impressed at Spartak Moscow and should be a step above West Ham’s current attacking options.

“I’m a much better player and my mentality is not the same as when I was 19,” he said. “It’s four years since I was in the Premier League and I really feel like I need to prove something to myself.”

With Michail Antonio’s hamstrings made of cheddar, there’ll surely be plenty of opportunity for Vlasic to make an impression in east London.

Brighton’s £15.4m signing of Cucurella from Getafe could be a typically astute one by Graham Potter and he may make his bow at Brentford on Saturday.

He’s made a single appearance for Barcelona and the Spanish national team and offers the versatility of being able to play in midfield and defence.

A high-energy, good passer of the ball who is not afraid to put in a tackle? Sounds like a Brighton signing to a tee.

This one’s slipped under the radar, hasn’t it? 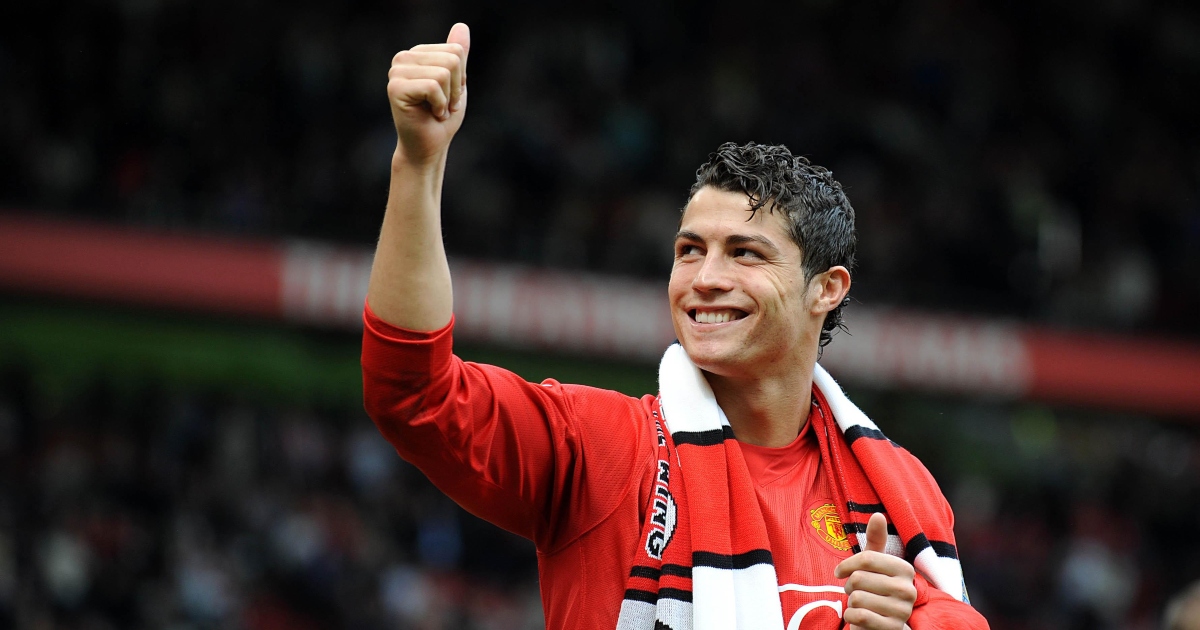 READ: Seven records Cristiano Ronaldo will be looking to break at Manchester United